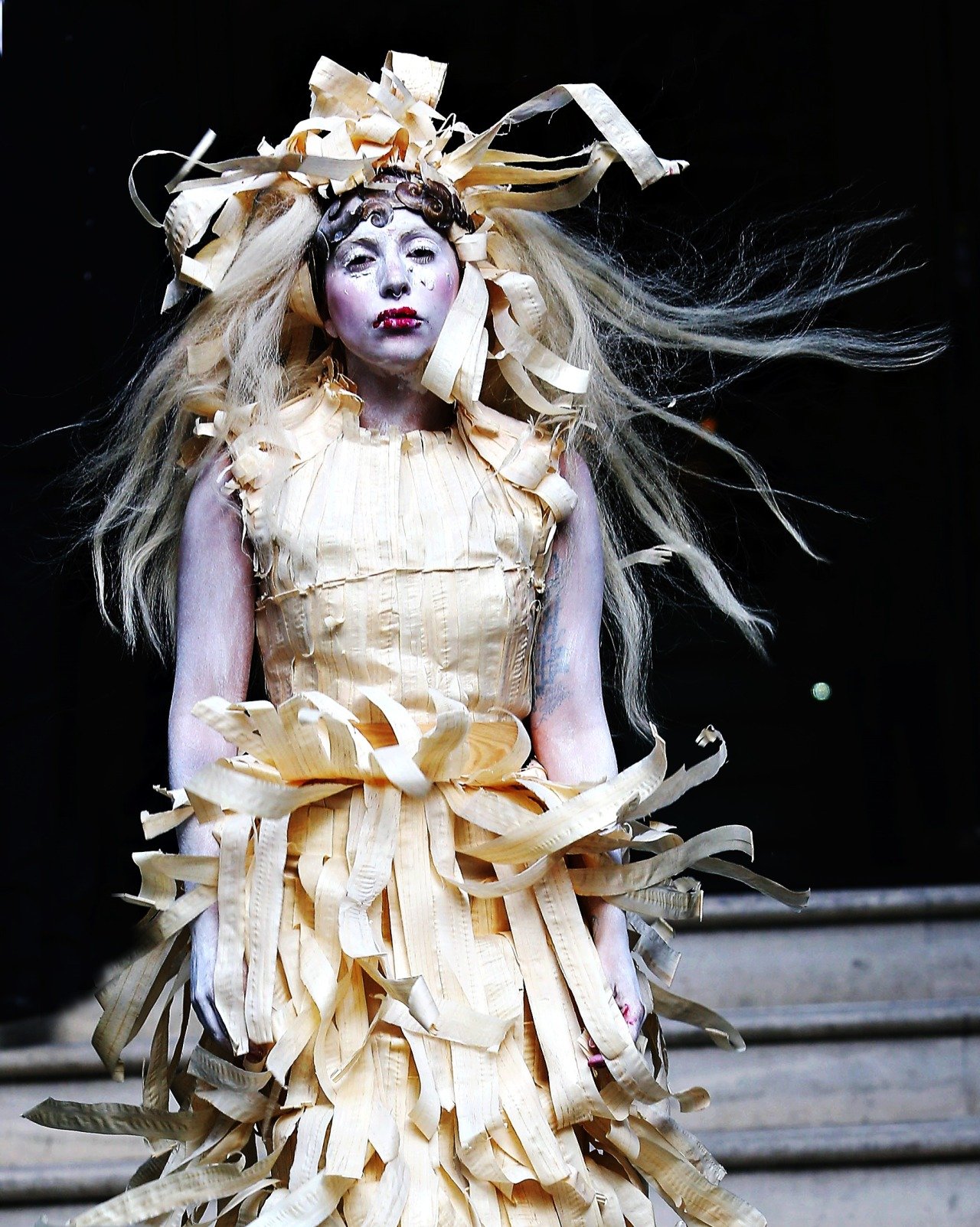 The swanky Lady Gaga never fails to surprise, and boggle, the pop culture mind. Whether it’s her latest album or her use of eggs or horns of flesh, talk of the artist is never in short supply. How up-and-coming pop artists perceive themselves, how they choose to portray their fame to the world at large, may be largely attributable to their personal influences, and Lady Gaga is sure to rank high among them.

As was once the case, however, scholarly dialogue of Gaga’s contributions to modern urbanity, for future musicians or otherwise, might have taken years to occur. Deep thinkers don’t often move in a blur after all. With news reports hitting the Internet within moments of an incident, and mass hysteria following on every form of social media within seconds of that, it’s about time the world of academia gets a wiggle on.

Gaga Stigmata, a website devoted to critical analysis of Lady Gaga, has it figured out. The site, which began last year and continues to roar along, features a variety of news on the shock-pop phenomenon that is Lady Gaga. From narratives and essays, photography, and more, the site gathers whopping acclaim with every new piece posted.

Gaga Stigmata is the brainchild of poet Kate Durbin, who co-edits the site with doctoral student Meghan Vicks, a teacher at the University of Colorado in Boulder. Durbin herself holds an MFA from the University of California in Riverside and is the author of The Ravenous Audience, a hot-blooded collection of poems dealing with American female archetypes such as Marilyn Monroe, Amelia Earhart, and others.

Durbin told me, “I noticed when the ‘Paparazzi’ video came out that Gaga was more than just a pop singer, that she was doing something very high-level with the whole notion of the pop star, that she was performing a meta pop-star spin, and that she was critiquing the role of the pop star even as she was embodying it, and that she was commenting on paparazzi and fame culture.” It didn’t take Durbin long to realize Lady Gaga would be someone history would remember, just as she knew the world of critical analysis would lag in reporting her arguably sophisticated contribution to contemporary culture.

“Academia is so slow,” Durbin said. “I was searching online and finding some really smart doctoral students, or people like Jack Halberstam, who teaches at USC, who were catching on to things immediately. Judith wrote an amazing response to the ‘telephone’ video. I was so excited to see all these responses and I thought it would be even more exciting to gather them all into one space with the intention of focusing solely on Lady Gaga’s ouvre and responding to it.”

Lady Gaga herself tweeted Vicks’s Gaga Stigmata response to “Telephone,” Durbin said. “Nicola Formichetti, Gaga’s primary stylist, has also tweeted Meghan’s work. Vicks was one of the people whose work I followed and why I started the journal, and as far as I am concerned, her work on Gaga is at the forefront of the field. It was cool to see all these people respond to the idea. It was also nice to see an academic journal take a totally new format that was more in line with what was happening pop culturally, more quickly, more immediately, so there was a dialogue happening that was more direct instead of ten years down the line.”

Plans for a book collecting the best writing from the Gaga Stigmata website are already in the works. “The main reason we’re making the book is we have all these amazing writers, and artists as well, who’ve made incredible work. The visual artists are broken into three categories. It’s either artists who’ve done work directly about Gaga or artists whose work could be seen as contemporary to Gaga, work that has very similar themes. The last category is artists who have influenced Gaga herself, because Gaga is so well-versed in performance art and she is always borrowing or reinventing from artists who came before her.”

She continued: “For example, one of the artists in the book is this French artist ORLAN, who did all these different plastic surgeries. She’s created these little horns on her head in plastic surgery and Gaga’s been going around since ‘Born This Way’ came out with horns. Conceptually, it matches perfectly with what she’s doing with her new album, Born This Way, which is all about a new race of humans within the race of humanity who have no prejudice.”

While some of her projects deal with pop culture, Durbin’s other projects include more disturbing matter, such as sexually intense situations. Her next book, Excess Exhibit, written in collaboration with poet Amaranth Borsuk, will be released later this year. “She’s an incredible poet. She deals more with language in her poetry,” said Durbin. The book will feature drawings by Durbin’s ex-husband, Zach Kleyn, and serve as a kind of flipbook, where the poems and the drawings “merge” together as a text. Photography will also be featured.

“[Amaranth] and I dress up together. We’ve kind of created this hybrid, post-human creature that speaks the poems into being,” Durbin said. “It’s like eating a really elaborate, decadent cake. If you can surrender to it and enjoy it, you’ll like it.”

The Ravenous Audience marked Durbin’s first collection of published work. She wrote her first poem at the age of six. It had to with a fish. She toiled on Ravenous Audience while in school for her MFA in fiction. Writing for pleasure served as release of sorts, as an escape from the overwhelming criticism that can often result from intense scholastics and her own personal demons.

“When I wrote those poems I didn’t expect anyone to ever see them. I didn’t expect them to get published,” she said. “When the book finally came out I was completely terrified of my family reading it because they’re Christians. There’s a lot of very intense subject matter in the book and I was a little uncomfortable about presenting it to the world. I don’t feel that way now about it. There was also that feeling of my dream has come true, now what do I do?”

When she sits down to work on her projects, Durbin finds her inspiration from reality television, objects in museum such as fashion jewels. While in England recently, snuff boxes fascinated her. Objects from history, pop culture, all form to stimulate her imagination.

“I think about women a lot and the sort of narratives that have been ascribed upon our lives throughout history that haven’t really changed that much,” Durbin explained. “Yet within those narratives, you see women performing their identities through fashion, gathering various beautiful objects, and these are things that give them comfort or pleasure in the midst of maybe not having a lot of control over one’s life. I love the way that fashion, and furniture, and architecture, mimic what’s going on culturally, but can also push the culture and change the culture, and can even make or break a person’s life in a lot of different ways. You look at Marie Antoinette, for example, it’s argued that because of her excesses and her flamboyant fashions that didn’t follow the royal rules, that that led to the downfall of the monarchy in France.”

Clean Off the Dirt, Scrape Off the Blood: An Interview with Trash Humpers Director Harmony Korine

The Conversations: Last Tango in Paris