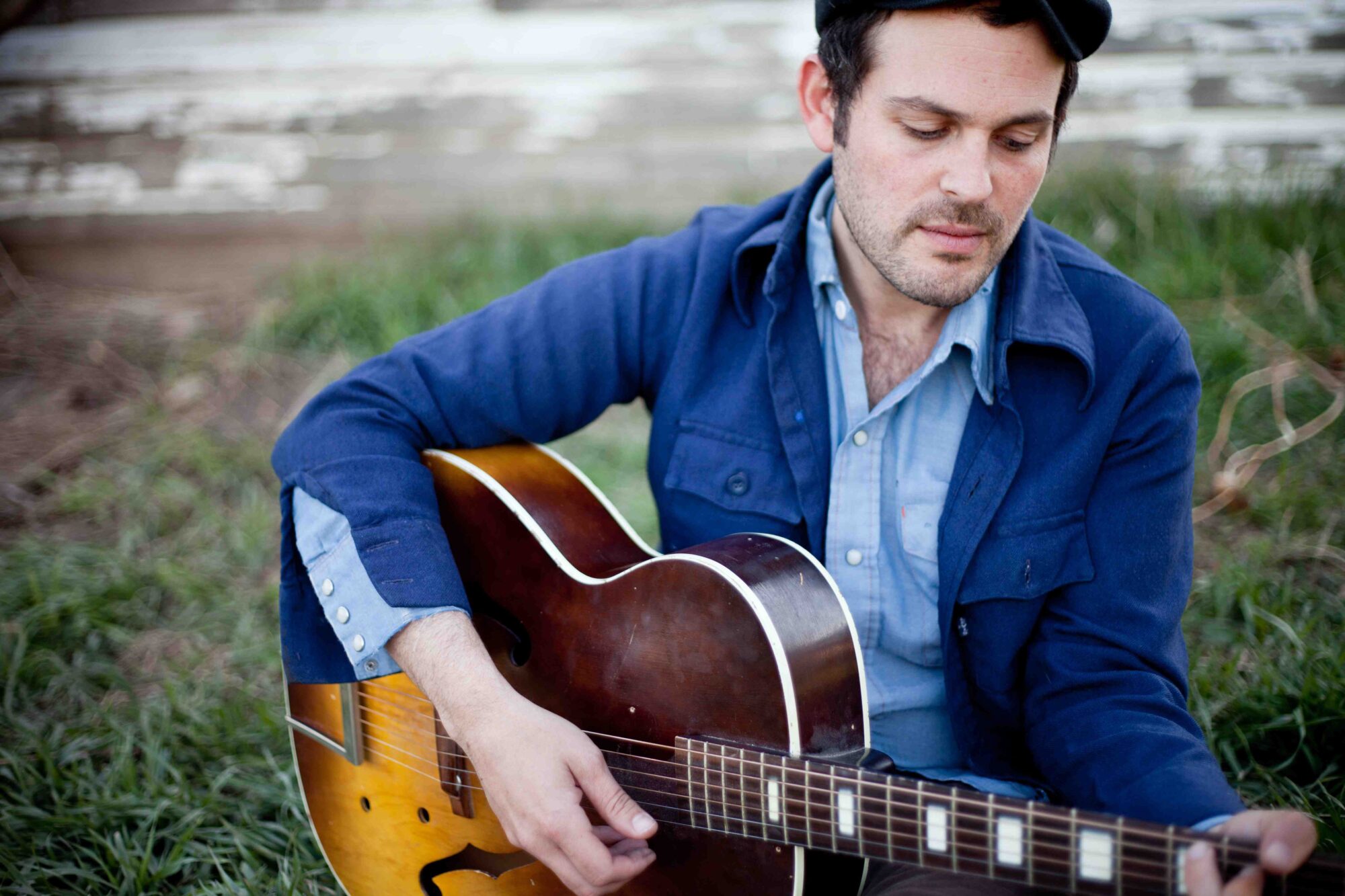 Gregory Alan Isakov, an unassuming singer-songwriter from Boulder, Colorado, calls his tiny record label Suitcase Town Music. It’s a good description for Isakov’s worn, even-keeled, and slightly dusty folk music. Born in Johannesburg, South Africa, and obsessed with gardening, Isakov has been quietly putting out lushly arranged, ethereal EPs and albums for the past 10 years. Isakov took a break from touring in support of his third full-length, The Weatherman, released earlier this month, to meet me for coffee and discuss the new album, Brandi Carlile, Post-it notes, and pissing on compost piles.

Can you talk about the recording process for The Weatherman?

Jamie, our engineer and producer, and I rented a cabin up in Nederland, Colorado, a little studio called the Mountain House. It was done on old tape machines—a bunch of analog gear and old microphones. We took our time. In fact, there was a whole other record I was working on before. I ended up going to Europe for a while, to a studio in Holland, and I tracked a few of the songs for The Weatherman and that’s when I started writing a lot again. The first project felt a little slaved, and I lost perspective on it. I thought I should follow the new stuff. But I’m really glad I did; The Weatherman all came together easily.

Is there an instrument on The Weatherman that hasn’t appeared on any of your other albums?

Oh yeah, I learned a ton of instruments for this record. I learned how to play pedal steel. I played some ukulele. My friend Bonnie played some musical saw. Just stuff we found lying around and repurposed for music. There’s a broom in “Second Chances.” We did a lot of playing with microphones and worked on finding stuff less easily categorized than, say, kick drums and steel guitars.

Were you concerned about creating an album that functions primarily as a cohesive whole instead of separate tracks?

For sure. The album is meant to be listened to from beginning to end. I’ve never written radio hits, that’s never been my thing. I like pop music, but it doesn’t come naturally to me.

What pop music do you listen to?

I love Chris Martin from Coldplay. He’s a fucking melodic genius. I even like Taylor Swift. There’s certain brilliance to pop music that I can’t deny. It’s like cocaine. I was really into Pearl Jam as a kid. I once learned all of Mike McCready’s solos.

How have you seen yourself develop as a songwriter and as a musician on this album?

You know, I never looked at it as an evolution at all. For me, writing is something you can never master. But The Weatherman is probably the happiest piece of music I’ve ever put out. There’s a lot of hope in it. I get these, well, I call them curiosities. My first album, That Sea, the Gambler, has a lot of ocean songs; the second one is obsessed with landscapes. There are certain parts of our vocabulary that feel good or have a certain attraction, but I tried to look around more on this album. On the last record, I used these huge Post-it notes. I would write out unfinished songs on them and put them up on the wall. There were songs all over the house. I have a list of words on one of those Post-it notes that I can never use in a song again.

The poet John Ashbery keeps a similar list of words.

I guess I’m in good company. My little brother makes fun of me for it though.

You’ve collaborated with Brandi Carlile on your last album. Do you have any ideas for a future collaboration?

Yeah, I’m planning on doing a little country record, almost like cowboy songs, with her. I’m hoping to go out to her house and get her to sing some stuff with me.

You were born in Johannesburg, South Africa. Did that have an influence on you, on your music? Or the music you listened to while growing up?

It must have made it in there somehow. I can’t really remember it all that well, but I do notice that home is a constant theme in my songwriting. And after we moved to the States, we moved around every year; I changed schools all the time, so I got really close to my family, to my brothers.

The concept of home is attractive to you?

It’s attractive, and it’s also juicy. The thing about traveling is that you’re often alone. The first couple years I spent touring, I did it alone. I wrote a lot for the company that writing can provide. It can make difficult experiences more meaningful, more palatable.

When did you decide to get serious about touring, making music?

I was studying horticulture in Boulder. I always wanted to get off the grid and just live somewhere, maybe build a house. I worked on a lot of farms, and I always thought I would end up being a farmer, or a horticulturist, or maybe teach. Music was something I did early in the mornings, or at night, or during the winter. I was terribly shy when I first started playing out, I still am, but there came a point when music felt like something I had to do, an imperative, instead of a hobby. I never wanted to be famous; I don’t want people to know my name or what I look like, I don’t want any of that. But music is a weird compulsion.

How much do you garden these days?

A lot. It’s a relief from the writing process, from everything. Not writing is as important as writing, I think. It sparks a curiosity in me that fuels my writing, but it’s not a romantic muse. I get all sweaty and dirty, and I pee on the compost pile.

Video: Moby’s “A Case for Shame”