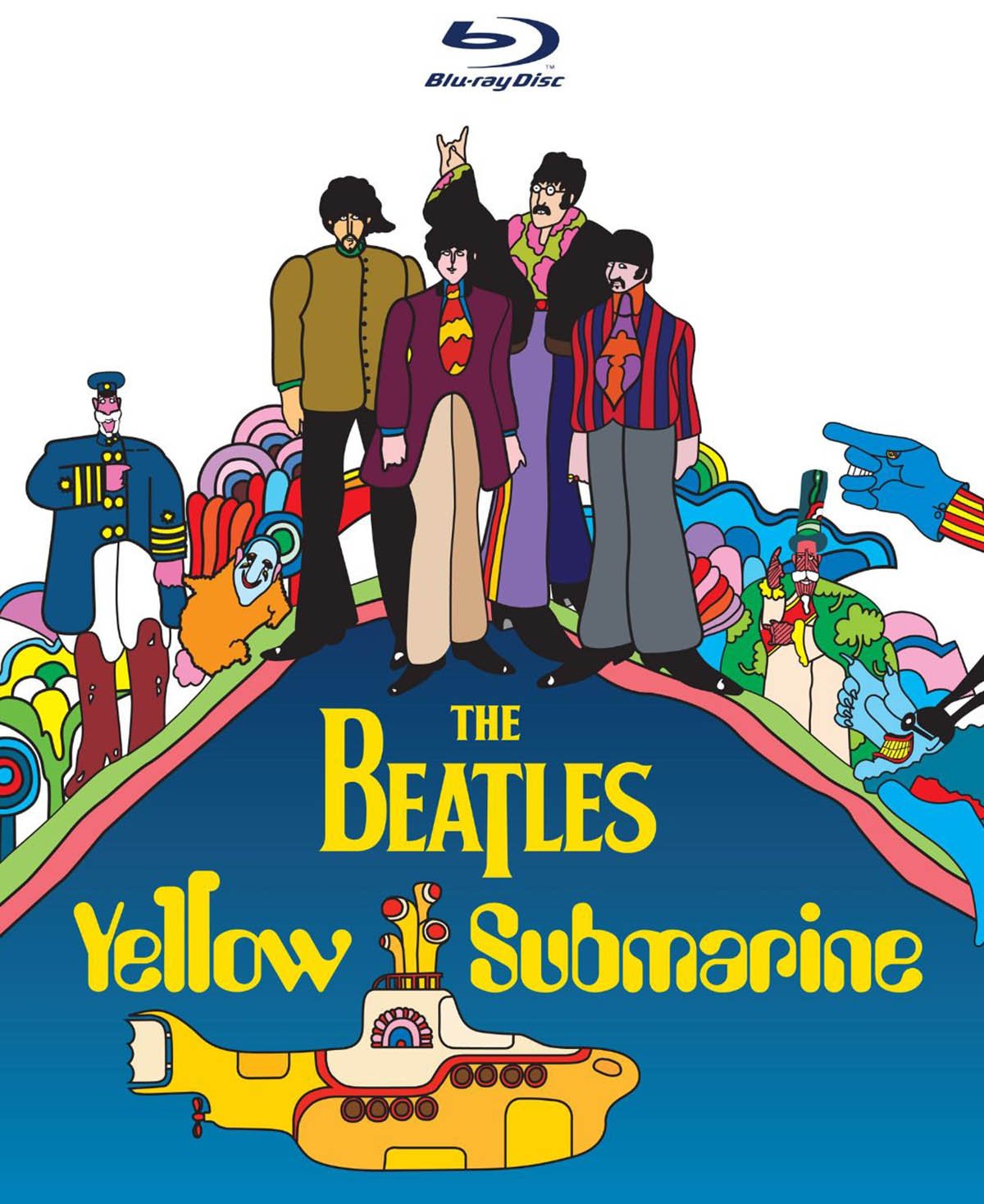 Though encyclopedically hip to its time, and kaleidoscopically executed with teams of designers and animators, Yellow Submarine is, finally, an extended pop-art commercial for the Beatles’s records. I don’t mean this disparagingly, though it’s clear the group itself didn’t think much of George Dunning’s feature-length music video; the soundtrack swells with Lennon/McCartney hits, but the on-screen caricatures are voiced by others, and the new songs penned for the film, with the exception of the initially pruned “Hey Bulldog,” are complete dross. Yellow Submarine is nevertheless perhaps the most worthwhile object to have gestated in the Beatles’s towering shadow—if one can imagine such an assault of color feeding off a penumbra.

The Fab Four’s disinclination to get involved with the production in all likelihood abetted its smoothness: Yellow Submarine’s gloriously lysergic excess plays antonym to the go-for-broke bloat of the previous year’s Magical Mystery Tour. Add to this the constraints placed on the cartoonists by Apple Inc.’s legal department—e.g., the fact that no other celebrities could be directly referenced—and the result is a film that encapsulates the style of the mid-’60s via Peter Max and Robert Indiana, without ever stooping to dated gags or likenesses. In one sequence, several bubbles are released that bear the same photographic visage; the face looks like that of a known revolutionary, but it’s merely that of an animator whose picture happened to be accessible when one was needed. Non-signifying icons of this kind abound in the movie amid explosions of design, as though staking out a spot in one of MoMA’s exhibits for the everyday, and the everyman.

The story, as ever, is great, familiar fun, and snappily acted out with terrible puns that would grate were it not for the constant intrusions of song. Crossing Seven Samurai with The Phantom Tollbooth, the film tells of the Elysian Pepperland, a place seemingly outside of time where coruscating photo cut-outs and lissome ladies play string quartets all day. Pepperland is invaded by Blue Meanies—a race of fat, evil fuzzoids stricken by homely sameness—and a flying glove whose unparalleled malevolence may or may not be intended as a jokey complaint about male prophylactics. Pepperland’s trusted sailor, Old Fred, takes off in the titular vessel to get help; that he heads for Great Britain in search of reinforcements is a contrivance we must forgive.

Once in London, Fred stumbles upon the Beatles’s abode, a museum-like mansion of day-to-day objects brought to creepy-crawly life (Doctor T. J. Eckleburg-like eyeglasses and anthropomorphic trains chase through the halls) and he discovers each member of the band in visual situations that complement their respective public personas. (George is surrounded by film installations of lotus flowers and Indian elephants; Paul enters to a round of off-screen applause.) The crew then takes off for Pepperland through various oceans where vacuuming monsters must be fought off, and where they find an engorged, simian-like genius named Jeremy who has a penchant for florid poetry. The musical interludes, meanwhile, are illustrated with continually increasing expressionism. (During “When I’m Sixty-Four,” 64 seconds are counted out with digits that morph into animals and buildings and faces.)

The influence of these mixed-media musical numbers on later animators and television producers should be evident from even my glossing; within Yellow Submarine’s portholes one can see Terry Gilliam’s work on Monty Python’s Flying Circus, Sesame Street’s alphanumerical lessons, and René Laloux’s Fantastic Planet. Of these descendants, however, the Children’s Workshop might be the closest in spirit; Yellow Submarine’s narcotic-suggestive exuberance is matched only by its cheerful naïveté. Despite all the grimy Liverpool streets and dime-store mod-philosophy on display, the film’s message can be scrunched down to: “Music is better than violence.” It’s sure to add, however, that by lucky coincidence the former is on sale now at your local record store.

I’ve witnessed each bump up in resolution received by Yellow Submarine as it’s journeyed from analog into digital into, er, better digital, and each new iteration has seen success and awkwardness. The leap to DVD, for instance, was completed with sound mixes that were often over-loud and stereophonically busy, while the restoration software used on the original film prints intensified the color palette to searing levels. Thankfully, EMI and Apple have overhauled their efforts for the 1080p transfer, and though the animation trembles with age in spots, it appears frightfully fresh in others. Rotoscopes, stop-motion, and ridiculous video effects—all of which are usually rendered with flatness on Bu-ray—pop with clarity here. The disc further features a myriad of sound mixes, including, incredibly, the original and unadulterated mono mix that was butchered into speaker-busting simulated stereo on the DVD. It’s a phenomenal high-def release, and easily the best animation restoration of the year so far.

Most of these are carried over from the DVD, and remain affable, if inessential. Interviews and a brief featurette describe the herculean effort that went into bringing Yellow Submarine to life; storyboards of deleted scenes indicate the shrewd editing process that enabled such rich and seemingly anarchic storytelling. The most formidable addition to the Blu-ray is an audio commentary with art director John Coates, who drools quite a bit through the film, but provides one or two insights. (My favorite: The Blue Meanies were conceived as a subtle satire of the “villainous Semite” film trope. “Jew” Meanies—get it?) I’m still looking for Easter eggs, but the user-unfriendly menus are making the search difficult.

The anti-establishment hipness of this animated film from the 1960s is such that it uses sans-serif fonts!

Review: Nuri Bilge Ceylan’s Once Upon a Time in Anatolia on Cinema Guild Blu-ray