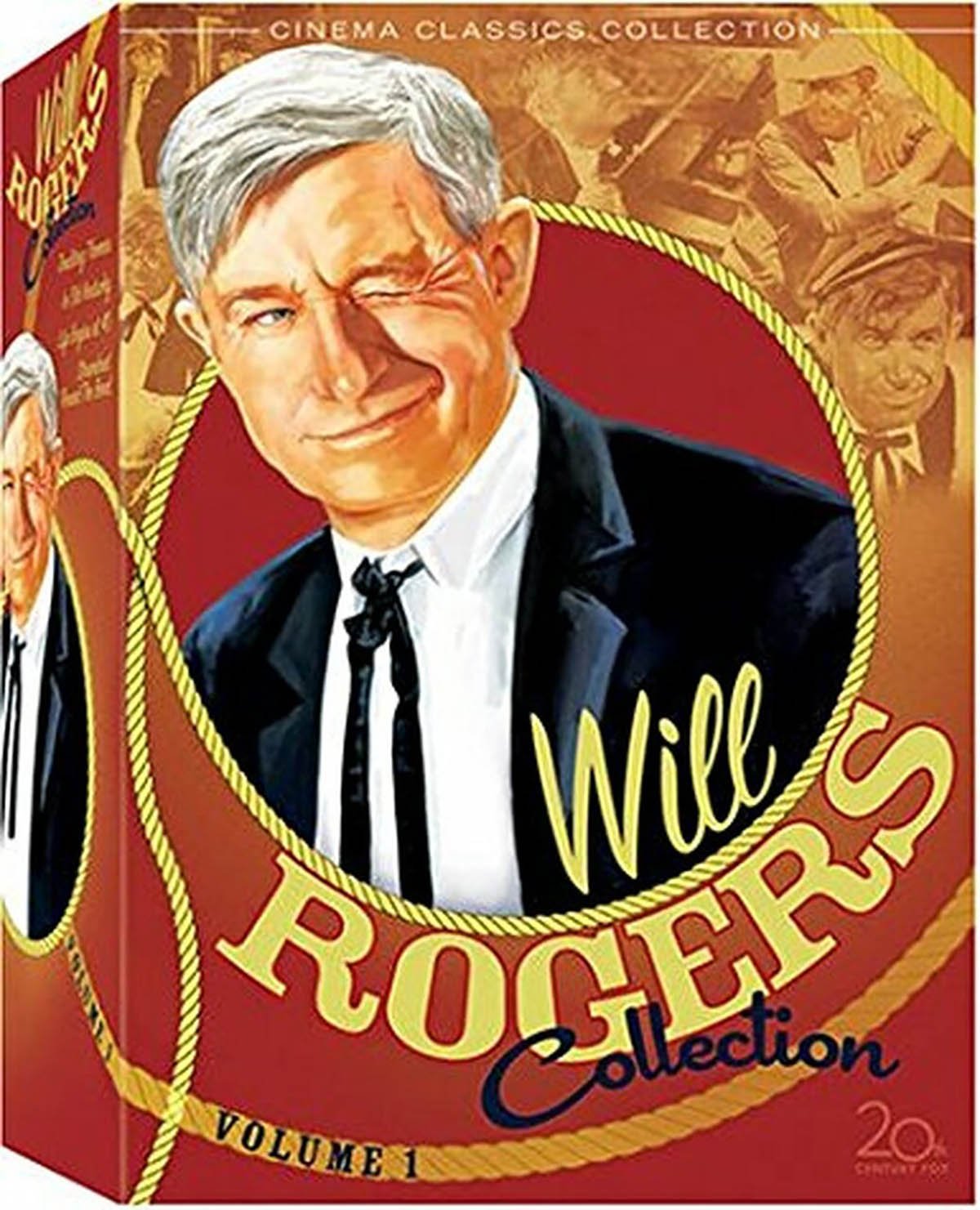 Yet another series of Fox Films “classics” to receive the revival treatment, all the old Will Rogers movies will be released as DVD box sets starting in July, off the heals of Shirley Temple’s colorized cheek bones. Volume 1 bundles Life Begins at Forty, In Old Kentucky, Doubting Thomas, and the John Ford-directed Steamboat Round the Bend—all of which, in a remarkable example of Great Depression-era efficiency, came out in 1935. If Temple is “America’s Sweetheart,” then Rogers may be America’s wise curmudgeon—a stubborn but seemingly relaxed nomad with a wealth of advice at his disposal. These movies exhibit a moral complexity way ahead of Shirley’s curls-and-dimples cuteness, toying with and even trying to subvert racial and class struggles, yet they’re even less watchable: Like most of today’s big star vehicles, hokey and unimaginative plot constructions barely keep Rogers’s charming presence afloat. Alas, American icons are forever dragged down by studio rubbish.

At least the most engaging if not the most profound entry, Life Begins at Forty features Rogers as a stand-up local newspaperman, named Kenesaw H. Clark. You know, the kind who apparently has the capacity to report, write, design, and print a weekly neighborhood publication by himself. When Kenesaw hires a recently released convict, Lee Austin, accused of stealing from the local bank, the bank’s manager forces the paper into foreclosure. Kenesaw, Austin and a band of other sensible outsiders form a competing weekly that takes the bank’s powers-that-be to task. A struggle for the truth about the bank robbery and a number of close calls ensue—some hilarious and even suspenseful—before all returns to peaceful normalcy.

About an underdog racing horse who rises to victory during the Depression, In Old Kentucky carries none of the drippy sentimentality of 2003’s Seabiscuit, proof, perhaps, that boxers and animals were not bringing millions of starving, unemployed Americans to their feet in the 1930s. In a classic sports-feud setup with touches of Rules of the Game high society, two rival families who hope to win the local title compete for horses, trainers, and jockeys. Rogers is one of the trainers, a charming older man, but without a doubt it’s Esther Dale’s Dolly Breckenridge who steals the show. Arriving in the final act as a friend of the one of the families, she dishes up sass better than Kathy Bates from Titanic, a sidekick to Rogers’s more muted wit. Who knew fag hags existed in the ‘30s?

Doubting Thomas is by far the most tedious affair in this collection, a sluggish 73-minute journey through Hollywood theater culture and family values. Thomas Brown (Rogers), a sausage maker, recoils at the thought of his wife pursuing a theatrical career; meanwhile, his son Jimmy Brown (Frank Albertson) similarly tries to squash the dramatic aspirations of his girlfriend. Both women defy their men and appear in a local production directed by crazy Mrs. Pampinelli (Alison Skipworth), which means, of course, that the movie becomes occupied with eccentric theater types, fumbling rehearsals, and Rogers’s usual dismissive reactions. At his best, Rogers’s comedy belongs to America’s rolling hills and backcountry, an acknowledgement of life’s simple pleasures and small dramas. Here his wisecracking feels peculiarly unsuited to Tinseltown’s image-minded madhouse. That requires a much campier touch.

I’ve left Steamboat Round the Bend for last, obviously, because it has the most to talk about. Not the best, necessarily, but definitely the most interesting. John Ford directs this faintly spiritual ode to post-Civil War life on the Mississippi River. John “Doc” Pearly (Rogers) and his nephew Duke (John McGuire) lead a leisurely life on a steamboat until Duke kills a man in self-defense while rescuing swamp girl Fleety Belle (Anne Shirley). In order to save Duke from the death penalty, Doc and Fleety must travel down the river in search of the one witness to the incident, a Christian revivalist known as New Moses.

Their journey puts into focus all sorts of issues about faith, brotherhood, and, most glaringly, racism. Black actor Stepin Fetchit gives one of his controversial performances in Steamboat, a minstrel show act as crude as his screen name. At least in In Old Kentucky, dancing collaborations between Bill “Bojangles” Robinson and Rogers appeared to subvert traditional roles; by contrast, Fetchit’s lazy-boy shtick—a painful image of blacks more malicious and hateful than any stereotyping—goes unexamined. Mark Twain Ford is not, and despite a sometimes plaintive evocation of uncertain destiny, Steamboat reveals a dubious nostalgia for all things Confederate. Rogers’s unwavering love for America can be heartwarming, but it can also quickly turn problematic.

Shirley Temple is still kicking Will Rogers’s ass 70 years later. While serviceable, these occasionally scratched and blemished transfers of the comedian’s movies don’t quite match up to the pristine remasters available on America’s Sweetheart’s most recent collection. She comes in sickly-looking colorized versions, too. Sound is clear in mono or stereo.

American Film Institute historian Anthony Slide and author Scott Eyman provide informative commentaries about the background of Will Rogers, Fox Films, and John Ford, but Eyman commits the cardinal sin of reading from a script. Looking the same information up on IMDb would be vastly more entertaining. Eyman also weasels out of the “Stephen Fetchit issue,” proposing that viewers “look past the stereotypes.and appreciate the art and the warmth” of Fetchit’s minstrel act. Given how truly ugly Fetchit’s image of blacks is, I’d rather not look at all. (Also included are theatrical trailers, restoration comparisons, an A&E Biography episode on Rogers, and old “Movietone News” clips.)

He may be a quick wit, but have Will Rogers’s cheeks been colorized in cotton-candy pink like Shirley Temple’s? I think not.