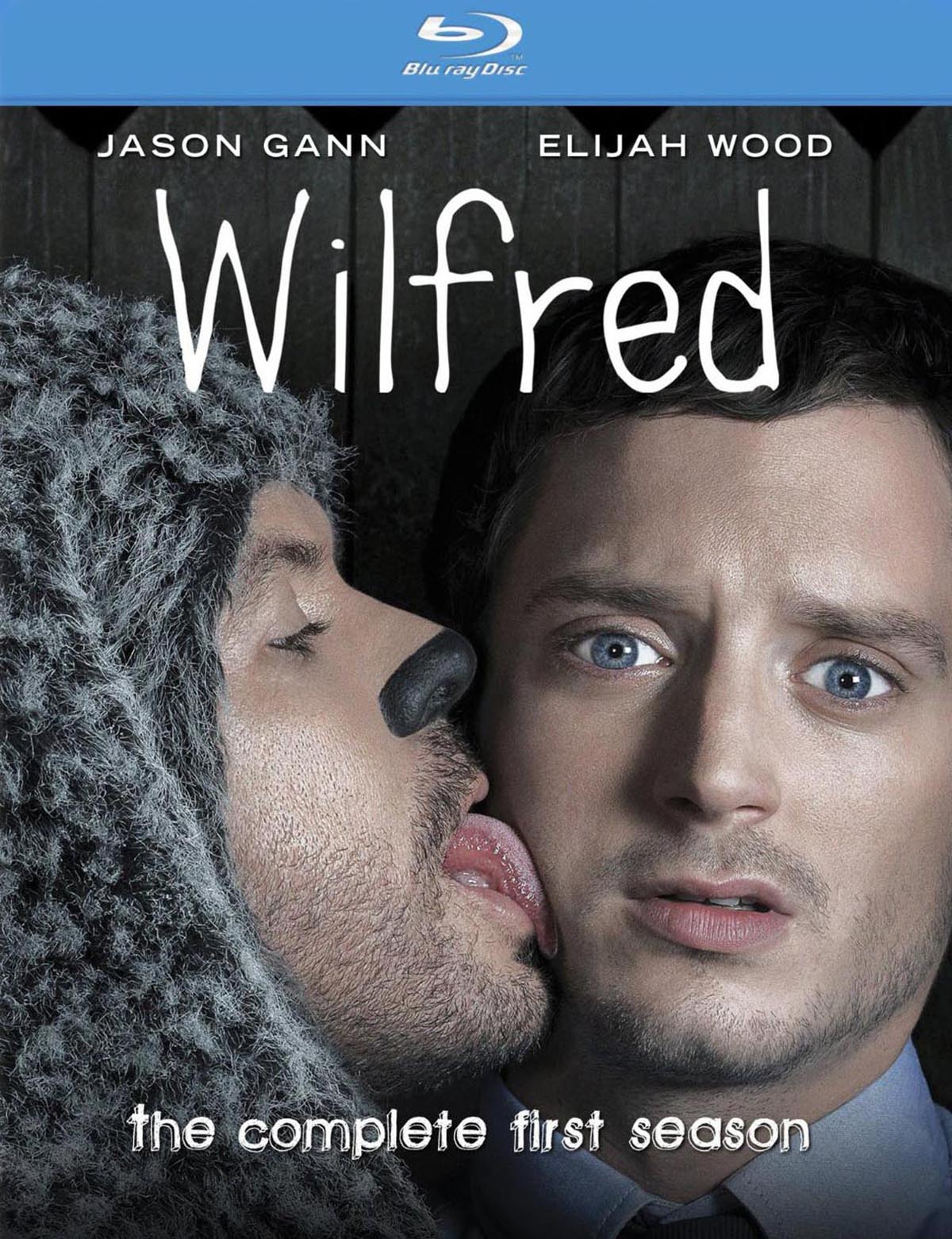 If you’re going to project your bad impulses onto another sentient being whose very existence depends on said projection, the universe of fiction has plenty of options available to the discriminating protagonist. But if an evil, identical twin with a mustache or slicked-back hair isn’t in the cards, you have to take what you can get: a scruffy Brad Pitt type that only you can see, a teddy bear who smokes weed and drinks beer, or, failing those, an Australian man in an inexpensive dog costume.

The last option is the premise for FX’s Wilfred, itself a remake of an Australian sitcom that ran for three years, and featured the same sort-of-imaginary man-dog (Aussie comedian Jason Gann). The put-upon, straight-laced protagonist Ryan (Adam in the original) has been switched out for the erstwhile Good Son Elijah Wood, the locale to suburban Los Angeles. The arrival of the man-dog of the title is first thought to be the by-product of Ryan’s comically failed suicide attempt, but as it soon becomes clear, deeper drives may be to blame for Wilfred’s invasion of Ryan’s previously complacent existence.

To describe Wilfred as a show with a one-joke premise would be an incredible understatement. Each episode’s script thrives almost solely on the show’s bizarre premise, reminding us every few minutes that Wilfred really does have a dog’s basic characteristics, even the yucky ones, and everyone sees Wilfred as an ordinary dog, except Ryan. At the risk of succumbing to canine metaphors, the show’s creators (Gann and Adam Zwar, who were the co-creators and co-stars of the Australian original) rarely allow their writers to stray from the confines of the initial premise. You might just as well assume they’ve been made to wear electrified collars.

It’s Gann and Zwar’s commitment to neutering the very strangeness of Ryan’s ceaseless hallucination that makes Wilfred such a chore to watch: Once you know what the show’s about, there isn’t much rug-pulling-out-from-under left. You can get used to anything. Occasionally enlivened by guest actors (giving us the interesting sight of Malcolm in the Middle’s Jane Kaczmarek blackmailing the former Frodo into perform cunnilingus), as well as the energetic Gann (most of the show’s scarce laughs are his), if Wilfred doesn’t have you convinced that it’s a mangy performance-art masterpiece or rolling on the floor, holding your guts in, it’s going to feel an awful lot like work.

According to IMDb, Wilfred was shot on the Canon 7D, and while Fox’s two-disc Blu-ray set features a flawless transfer of the show’s crisp HD videography, it’s not exactly primo material: Just as the title character prances about in a ragged costume, Wilfred evinces a dreary, run-down look that makes FX’s It’s Always Sunny in Philadelphia look like Hugo.

I barely made it through all 13 episodes of the series, so when it came to the set’s supplements, I didn’t exactly do the DVD reviewer’s equivalent of rolling around in my own you-know-what. At least, not for very long. What I can tell you is that the supplements (a couple of featurettes, no commentary) will undoubtedly appeal to fans. A little on the lazy side, all things considered.

If you want to see an Australian man pretending to be a surly Australian-accented dog, well, you know who you are. Fox’s handsome, if close to barren, two-disc Blu-ray set is just what the vet ordered.

Dog Review: A Comic and Melancholic Look at the Post-War Life of Veterans