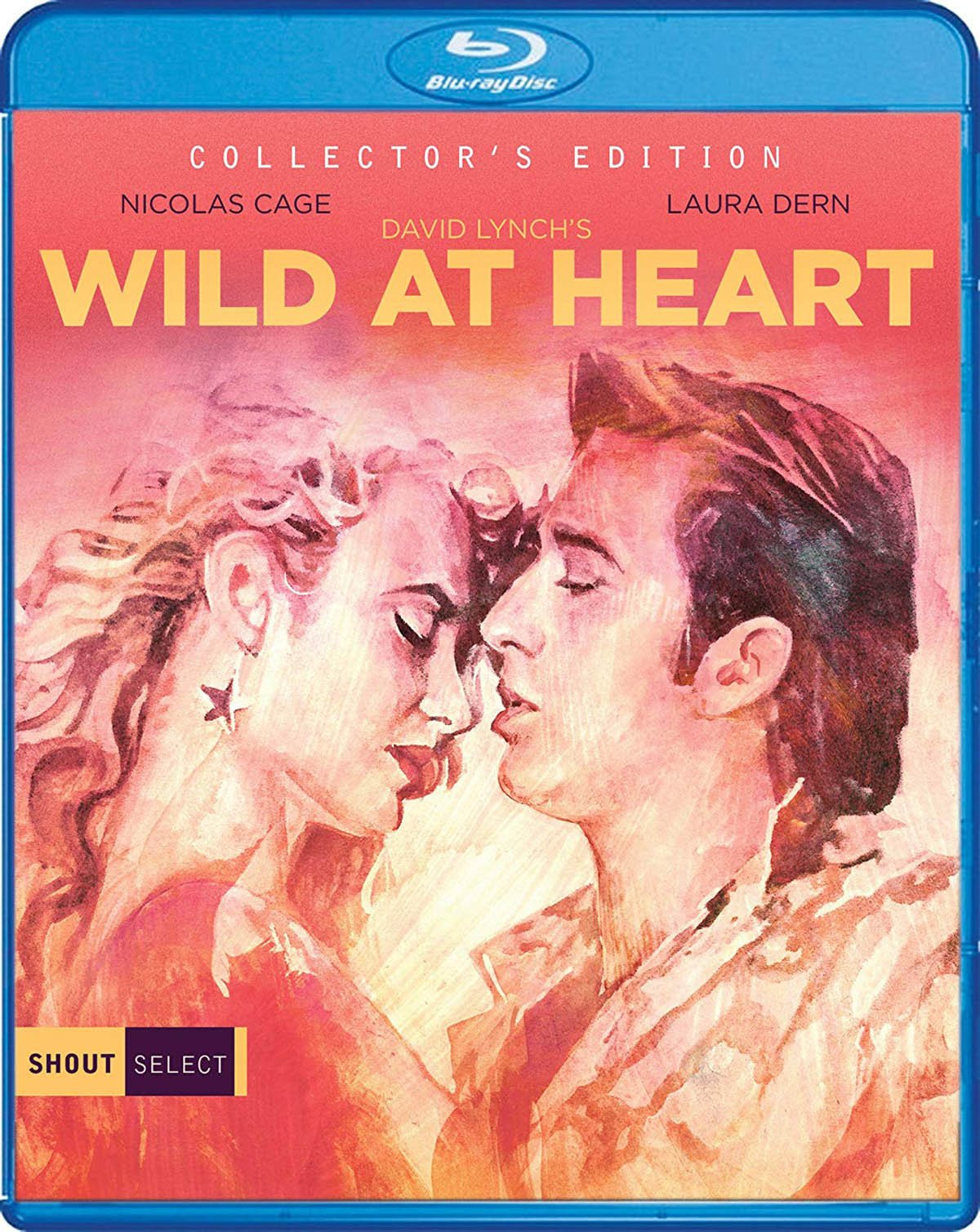 A large part of the exhilaration of David Lynch’s art resides in its fearlessness. Lynch is a surrealist who appears to possess unusual access to his subconscious, allowing his taboo urges and anxieties to seemingly drift across the canvas or screen with little intermediary. At his best, as in Eraserhead, Mulholland Drive, and Twin Peaks: The Return, Lynch’s intuitive recalibration of American iconography and genre tropes is profound, locating the nexus of our culture’s perversion. Lynch is a dramatist of erotic violence, utilizing symbols and riffs to elucidate the potentially actualizing pull of sexual suppression. This irony gives his art its emotional backbone, uniting its formal and narrative dissonances. Without this backbone, Lynch’s techniques can feel desperate and scattershot, as in his polarizing Wild at Heart.

Released in 1990, the year the first season of Twin Peaks premiered on ABC, the film feels like Lynch’s attempt to top the unruly kink of Blue Velvet and perhaps his brilliant two-hour Twin Peaks pilot, and this aspiration triggers a self-consciousness that’s unusual in his work. The insinuations of Lynch’s greatest work, about the repressions of society, are rarely present in Wild at Heart, which literally pushes everything to the foreground, starting with a sequence that opens on a torrent of flames with the title rushing toward us like the credits of a 3D horror movie. Fire will prove to be the film’s motif, from a burning man to a burning house to the ongoing closeups of matches exploding in fire as smokers strike them to light their cigarettes. In, say, Blue Velvet, the titular material signified a diseased and unhinged patriarchy eaten up with nostalgic oedipal issues, while the fire in Wild at Heart symbolizes unruly passion. The latter is a surprisingly banal equivocation for someone of Lynch’s talent, and it underscores the film’s pervading obviousness.

Lynch alternately satirizes and indulges such obviousness in Wild at Heart, and the conflicting impulses cancel themselves out. When one of the film’s protagonists, Sailor Ripley (Nicolas Cage), says that his snakeskin jacket is a symbol of his individuality and personal freedom, Lynch understands the sentiment to be a joke on the derivativeness of Sailor’s “rebellion,” which is lifted from Elvis Presley vehicles and countless narratives concerning juvenile delinquency. But Lynch also wants us to accept this mannered collection of clichés (including a Presley accent) as a character of stature who learns that love is frequently thwarted by the machinations of a cynical world. Nowadays, Cage might be able to render a character like Sailor moving, but in the ’80s and early ’90s the actor was a postmodernist who often stood outside of his roles. Cage takes Sailor less seriously than Lynch does, and this tonal disjunction allows the film to collapse in on itself.

Wild at Heart significantly differs from most Lynch productions for the way its narrative belongs concretely to a singular genre (the outlaw road movie) and largely pivots on heroes who aren’t sexually repressed. Most of Lynch’s plots involve temporal loops that splinter, suggesting fractured psyches, while Wild at Heart proceeds very slowly toward an inevitable finish line, including even a requisite heist gone wrong. And Sailor and his lover, Lula (Laura Dern), are red-hot youths in their prime who feverishly fuck in seedy motels, while on the run from Lula’s mother, Marietta (Diane Ladd), who covets Sailor and sends killers of escalating viciousness out to hunt him. The film’s structure and sense of sexual freedom are related: If the characters aren’t repressed, there’s no need for a dissolving story that reflects the unmooring psychological and emotional weight of said repression. These qualities also ensure that the film has nowhere to go dramatically. Though Marietta is profoundly neurotic, Lynch and Ladd turn her into a shrill demon who suggests an evil Sarah Palmer without any of the latter’s pathos. (One wonders what Grace Zabriskie might’ve done with Marietta.)

A David Lynch film without a material sense of repression, guilt, and alienation is ultimately a gallery of indulgences and poses divorced of meaning beyond their intended shock value. Wild at Heart is brimming with violent, racially and sexually charged imagery that’s meant to give Blue Velvet fans what Lynch thinks they want. In the film’s first scene, Sailor beats an African-American man to death, smashing his head against a marble staircase while Lynch drools over the gore. Yes, Sailor is defending himself, but the unremitting brutality of this action makes it hard for an audience to accept Lynch’s un-ironic assertions of the character’s inherent innocence. Which is to say that Lynch affirms the entitled self-pity of delinquent youth cinema rather than critiquing it. Other scenes suggest that the filmmaker’s ticking items off a personal checklist, including red curtains, overweight dancing women, cryptic codes and symbols, hipster cameos, and totems of pop-cultural Americana that come to suggest a debauched game of Mad Libs.

Yet Lynch’s talent still surfaces in Wild at Heart. Near the end of the film, Lula, who has been tastelessly shown in flashbacks to have been sexually abused as a child, is cornered in her motel room by the most disgusting of the film’s villains, Bobby Peru (Willem Dafoe), a leering Marine who appears to have maggots for teeth. In an agonizingly prolonged moment, he corners and gropes Lula, uttering “fuck me” as a mantra until she’s forced to repeat the phrase. Bobby commits an act of aural rape, which he callously brushes off as a joke, getting off on Lula’s submission as well as his ability to reject her. Lynch and Dern suggest that Lula is aroused by this violation, elucidating an inexplicable emotional realm in which desire, self-loathing, and masochism merge, leaving a person drained and demoralized as well as titillated and unmoored. This scene brings Wild at Heart roaring to life, anticipating the audacious sexual empathy of Lynch’s Twin Peaks: Fire Walk with Me.

Colors are rich and vivid, in accordance with the print that was also used for the 2004 MGM DVD. But grain levels are variable, especially in the film’s second half, and certain sequences are soft with shrill hues of white. In short, this disc’s image is more reminiscent of a respectable DVD than a Blu-ray, suggesting that another refurbishing is in order. Two audio tracks have been included: a 5.1 surround and a 2.0 stereo, the latter of which is true to the source track. The 5.1 mix informs the film’s many ostentatious diegetic effects with superb body and agency, though dialogue tends to be drowned out. The 2.0 mix has more balance between foreground and background elements, though the score and copious sonic violence have more vitality on the 5.1 track. It boils down, then, to a viewer’s individual priorities. For this critic, the film’s soundscape is more important than its musical yet wearying dialogue.

Most of these supplements have been ported over from MGM’s 2004 DVD (which were subsequently featured in the 2014 Twilight Time Blu-ray), in addition to a new interview with Wild at Heart novelist Barry Gifford. The author speaks of how his novel was adapted by David Lynch for the screen, discussing cuts and alterations that complement the stash of deleted scenes that are also on the disc. These scenes are the most fascinating feature in this collection, for illustrating how Lynch prunes and hones his films. Some of these moments have extraordinary human textures, suggesting that a greater film existed in an alternate cut. Most of the other interviews are disposable, speaking vaguely of Lynch’s brilliance, and there’s one inadvertent howler: In the “Love, Death, Elvis And Oz: The Making of Wild at Heart” documentary, someone says that Lynch doesn’t riff on other films or media, which is followed by a still from Wild at Heart in which a dog carries a human hand out into the desert, a clear allusion to a sequence from Yojimbo. Lynch himself is barely present in these extras, though he speaks briefly and informatively of how MGM paid for a new print of the film for the 2004 DVD restoration, allowing him to color correct troublesome nighttime scenes. TV spots, image galleries, and the original theatrical trailer round out a package that could have benefited from more contemporary extras.

Shout! Factory outfits David Lynch’s worst film with a competent yet weirdly retro Blu-ray that squanders the possibilities of the medium.

Blu-ray Review: Fred Zinnemann’s The Day of the Jackal on Arrow Video