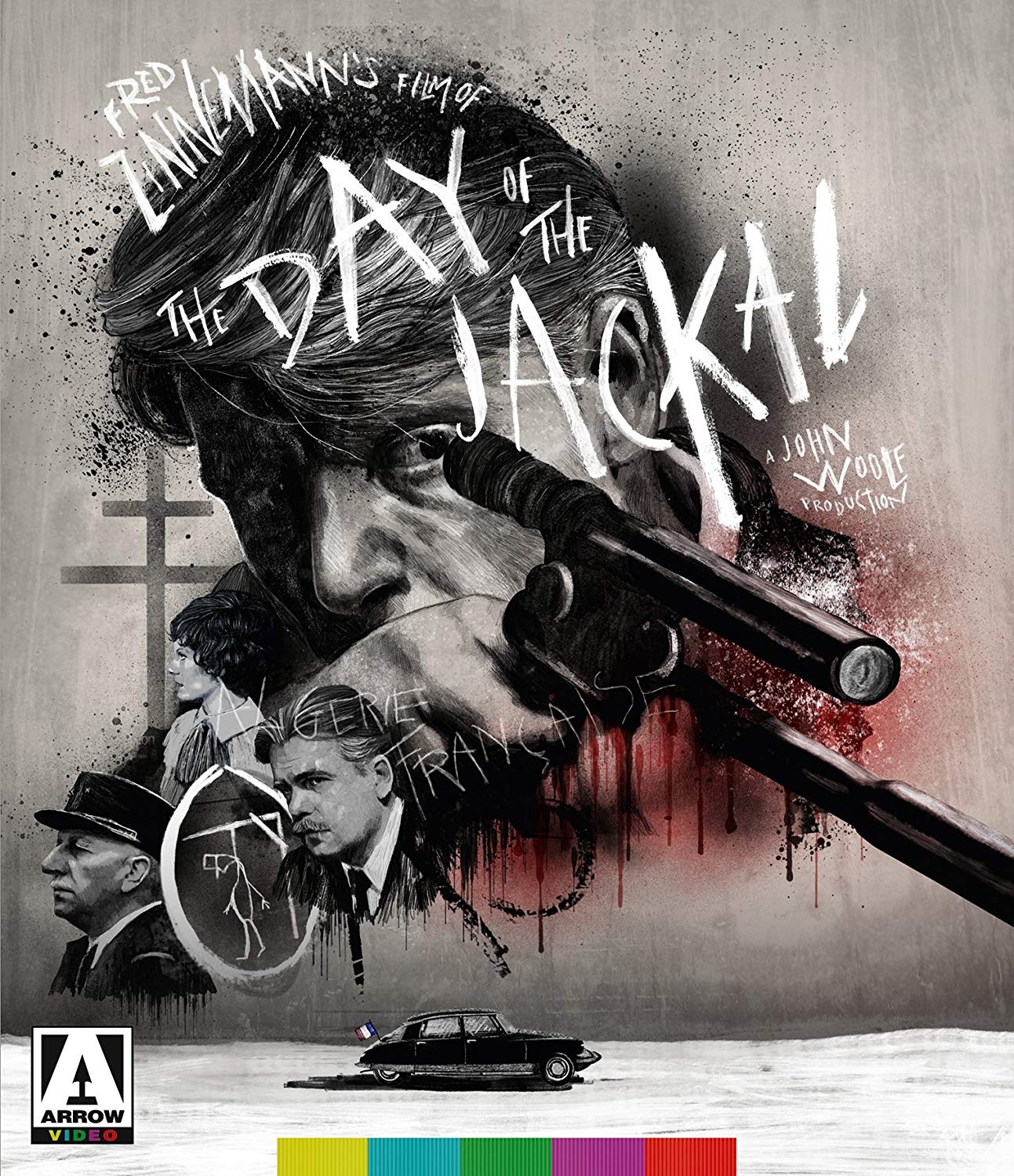 Fred Zinnemann’s 1973 thriller The Day of the Jackal begins with a sequence of almost mathematical precision: a failed assassination attempt on Charles de Gaulle (Adrien Cayla-Legrand) by the reactionary OAS, a group of disgruntled soldiers incensed at the serving French president for granting independence to Algeria. Zinnemann films de Gaulle’s motorcade leaving a meeting at the Hôtel de Soubise in surveillance-like camera movements, alternating between handheld shots peering through bushes and eerie master shots, such as one that looks down upon the palace’s courtyard as if from a sniper’s nest. OAS members are established in darting glances along the entire route of the motorcade, their antsy spying reflected in the film’s rapid editing. At last, an OAS cluster stages an ambush of de Gaulle’s car, riddling it with machine-gun fire as the president somehow escapes unharmed.

Zinnemann establishes the fallout of this failed assassination with breakneck speed. OAS leader Jean Bastien-Thiry (Jean Sorel) is apprehended and sentenced to execution in no time, and then The Day of the Jackal smash-cuts from his smug assertion that no truly patriotic French soldier would ever fire on him to a firing squad of soldiers efficiently performing its macabre duties. With the OAS now in exile and disarray, new leader Colonel Rodin (Eric Porter) proposes seeking out a foreign assassin who’ll be able to evade detection by the seemingly all-knowing government forces, before the film then casually slides forward in time to reveal Rodin introducing his top pick, a British assassin (Edward Fox) who agrees to the job and takes the code name “Jackal.”

The clandestine activities and terroristic violence of the OAS—a reactionary organization that believes, if anything, that the government isn’t violent and imperial enough—initially bring to mind the political thrillers of the late ‘60s and early ‘70s. Once the focus of the film shifts to the Jackal, however, the group’s rage gives way to the individual’s complete divorce from political engagement. In the first meeting between the Jackal and his employers, Rodin assures the contract killer: “We are not terrorists, you understand. We are patriots.” But it’s evident that the Jackal’s only real concern is whether the OAS can cover his fee. Only money and a smug confidence in his skills drives this assassin, and the only difference between killing a regular person and a head of state is the added challenge and the higher asking price.

In tracking the assassin’s intense devotion to his job, The Day of the Jackal operates more as a proto-forensic thriller that gives equal time to the Jackal’s arduous planning and the French police’s equally studious attempts to thwart further assassination attempts. We see the Jackal building a cover by searching cemeteries for a dead child with birthdays close to his before acquiring and copying its birth certificate, finding living quarters without documentation, and meeting with various suppliers who give him weapons and documents. Meanwhile, the French police study surveillance footage of OAS members, rely on a deep informant network and, in their own display of corrupted ethics, abduct and brutally torture suspects for information.

Nearly every aspect of both the killer’s and the police’s methods are painstakingly detailed, and the manner by which investigators gradually come closer to solving the Jackal’s identity and the man gathers his materials for his assassination attempt prefigures future process-driven procedural epics from such directors as Michael Mann and David Fincher. Also influential on such films is Fox’s dead-eyed portrayal of a professional driven not by ideology but narcissism. The actor plays the Jackal with an intensity of focus but a lack of emotions, even in his seduction and subsequent murder of Delphine Seyrig’s affectionate aristocrat. The Day of the Jackal replaced civic rage with nihilism as the core of the political thriller, a reflection of post-Watergate hopelessness in which the only thing worse than sociopolitical chaos is the indifference it can ultimately breed.

Arrow Video’s Blu-ray highlights the naturalistic look of the The Day of the Jackal’s on-location shooting, emphasizing the film’s soft lighting and muted colors Sharp detail calls attention to the meticulousness with which the film documents the materials that the Jackal collects for his assassination attempt. Grain is thickly distributed throughout, but with few exceptions the image is consistently clear. The lossless mono track ably balances the film’s dialogue with the boisterous din of street noise, though its most striking moments are the ones in near silence, where even the faintest sound, like the dull whump of the Jackal’s silent rifle, is startling in its impact.

Neil Sinyard, author of Fred Zinnemann: Films of Character and Conscience, contributes an interview in which he discusses Zinnemann’s overall career and the unique structure and style of The Day of the Jackal. Archival clips of the production being filmed and of Zinnemann being interviewed are also included, as is a theatrical trailer. A copy of the film’s screenplay can also be viewed via BD-ROM. An accompanying booklet contains two essays, one a holistic overview by critic Mark Cunliffe and the other an account of the filmmakers’ objections to the movie’s censored edit for British TV by film professor Sheldon Hall, who argues that Zinnemann’s fury over a few minutes of cut footage testifies to the absolute precision of the film’s editing.

A foundational text for modern thrillers, The Day of the Jackal looks and sound superb on Arrow’s Blu-ray.