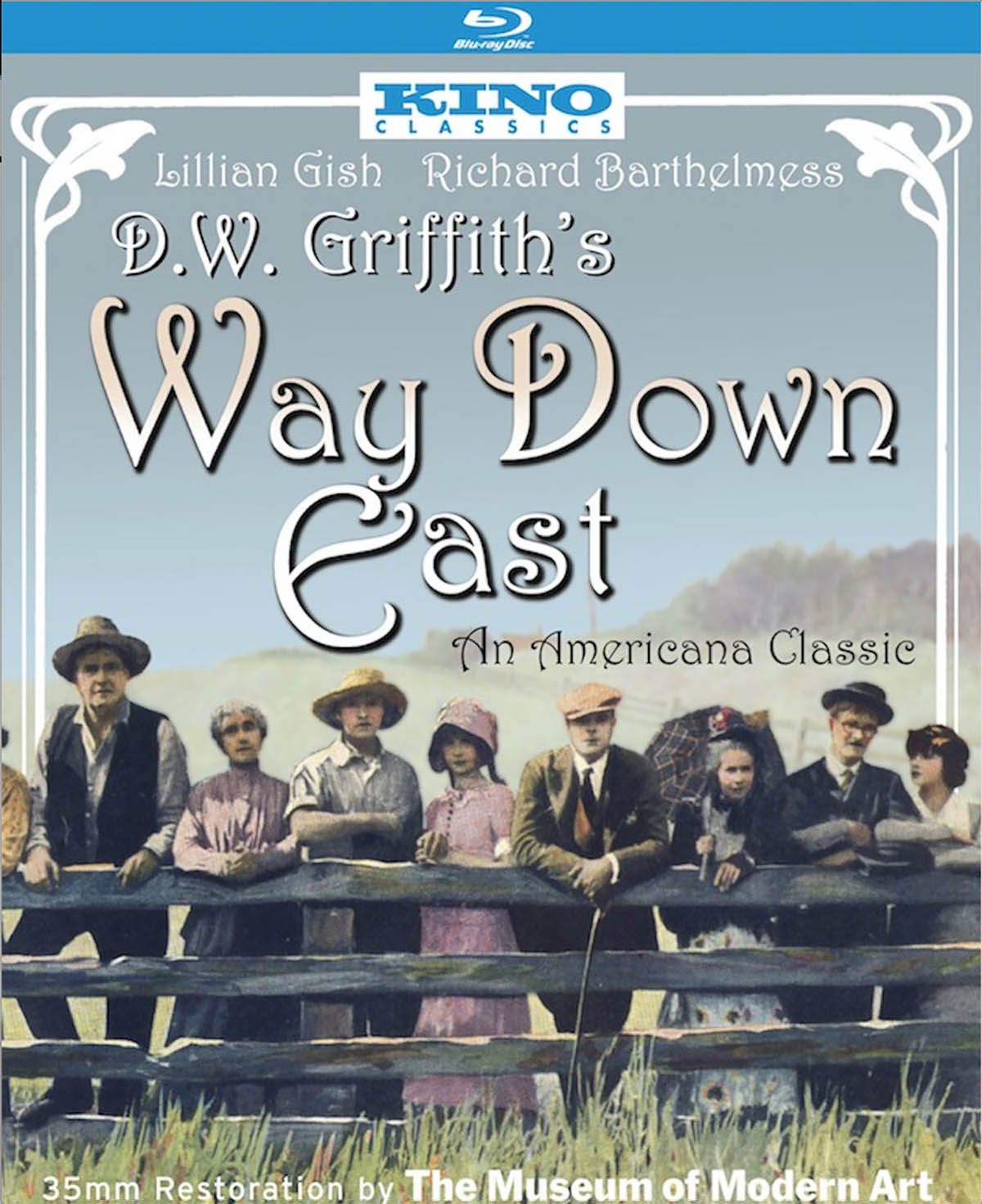 Touting the work of then-new photographer Walker Evans as an eerily undramatic index of American life in the mid 1930s, art curator and critic Lincoln Kirstein once noted that Evans’s style was “so factual that it may almost be called functional.” Though the phrase at first glance has more phonetic resonance than theoretical ingenuity, it suits Evans’s putatively documentary aesthetic; the wide depth of field and un-theatrical shadowlessness in his snapshots of sharecroppers and abandoned industrial buildings somehow allow their subjects to suffer with nationalist dignity.

Glancing backward two decades to another American artist credited, either deservedly or apocryphally, with rudimentary innovation in his own expressive mode, the mise-en-scène of D. W. Griffith is paradoxically so histrionic that it, too, may almost be called functional. Fashioning narrative indexes of the United States’ late-19th-century moral confusion, Griffith developed his signature, pioneering editing style as essentially a dramatic compensation for the stripping away of dialogue in silent film; the rotation of angles and distances manipulates an audience’s emotional attention as the dynamism of actors’ voices might. (Think of the way we turn our heads automatically to follow the buffet of action in a live stage performance; Griffith, of course, began his career as a failed playwright.) And despite his undeniable antecedents (Pastrone, in particular), Griffith can at least be said to have popularized the first de facto camera theory, one that tethers storytelling to exaggerated flourishes of the photographic artifice Evans later strove to make invisible. Where Evans makes one feel as though he’s observing through his own eyes with unprecedented lucidity, Griffith, even if taken shot-for-shot, provides our gaze with nearly supernatural ability. As our eye becomes his camera, it inhabits not just space and time but the dramatic, and therefore ethical, necessity of the interaction we observe.

Take, for just one example, Way Down East, recently restored to very nearly its original length by the Museum of Modern Art, with missing scenes represented with production stills and intertitles. Possibly the most famous of Griffith’s post-opus “hokey melodramas” for its geographically curious ice-floe climax, the film’s clumsy morals and wood-carved plot turns don’t immediately seem a proper showcase for newly minted cinematic mechanics. Then again, a racially charged Reconstruction-era novel might also strike modern minds as funnily conservative fodder for a work of groundbreaking art; Eisenstein, in spite of his fidelity to form-follows-politics, or perhaps because of his transparent partisanship, didn’t suffer from this “take it for what it is” problem.

Way Down East concerns the virtue of a penurious New Englander, Anna (Lillian Gish), and its nefarious compromising by a social interloper and ladies’ man, Lennox (a hammily androgynous Lowell Sherman), who seduces the innocent after staging a fraud marriage ceremony. Anna’s ignorant plummet from grace is followed by a series of misfortunes; Lennox, with his lecherous eyebrows wagging, confesses his sin after she learns she’s carrying his child, and as her newfound pariahdom limits her access to health care, the infant dies soon after birth. Anna moves eastward, finding work in a bucolic, god-fearing idyll, but ever-anxious that her past follies will be exposed. One wonders if this story, taken from a popular drama by Lottie Blair Parker, in this more elongated form hasn’t been a bit diluted. In the first act, Griffith keeps cutting away from the high sexual scandal to scenes of quaintly rural comic relief, possibly to give Richard Barthelmess’s eventually crucial character more exposition, but the brocading of these threads feels irrelevantly expository—an overkill of a setup for the diegetic merging of the complexly corrupt and the simply pure.

Griffith’s unflagging orientation on Gish’s facial dramaturgy throughout, however, challenges the archetypal distaff suffering laid out by the opening titles—with their “This is the story of ALL women” heaviness—and later made lyrical by Carl Dreyer and Renee Falconetti. When Gish’s Anna leaves her country home for the city at the movie’s start, Griffith frames the departure in an almost laughably broad wide shot, focusing on a flowering tree in the foreground and blurring the human activity behind it. But when Griffith dials back on this hyper-composition and abdicates the narrative agency to Gish, especially in the SIDS sequence, the stagnant medium-wide angles are devastating. What’s even more piquant than the potential proto-feminism of Anna’s DIY infant baptism is how desperately we want Griffith to cut away from her maternal anguish, and how pithily he refuses. The calculated parsimony of angles, especially close-ups, in the remainder of the running time almost seem to be shielding us from the damning force of Gish’s acting.

The point of Gish’s powerhouse performance is a bit ridiculous, of course: We’re supposed to pity Anna to the point of denying ourselves a sexual identity. Earlier in the film, Lennox’s seduction is made to seem similarly joyless: He comes at her with cold, nearly epicene lechery, not really attracted to her but attracted to sex with virgins insofar as it concretizes his social deviance, and their faux-honeymoon is made to seem an awkward, pleasureless blunder. Far more arousing is Anna’s punishment for this trespass, her journey down a frozen river on a broken-free sheet of ice that momentarily rescues her from her own dismay at being found out as a fallen woman. (This scene was not, as one can imagine, featured in the original play, but lifted from Uncle Tom’s Cabin.) Griffith’s montage here, rightfully recognized as some of cinema’s most peerless, swells and stretches our sense of time to nervous lengths as studio footage of Barthelmess, Anna’s new and very forgiving suitor, hopping from one glacial fixture to the next is intertwined seamlessly with location shots of ice cracking and splitting against a snowy riverbank.

The film stock may be tinted a frigid blue throughout, and Anna might be suspended with similar coldness, but the scene nevertheless represents a weird triumph of visceral-over-virtue of which not even the director might have been aware. Anna is on the ice in the first place because the Bartletts turn her out for her untoward ways; their acceptance of her becomes a necessity after her near-demise makes them aware of, and complicit in, their own mortality. Griffith likely meant the show-stopping finale as a climax of grace; Barthelmess’s stalwart morality retrieves Gish from both suicide and humiliation. But it’s more truthfully an overturning of the source material’s tendentious caution. We’re all only human like Anna and Lennox, and Griffith’s sense of action reminds us that experience, despite its futility and its tendency to shepherd us toward ruin, are the only way we can forget our fear of dying.

The drawback to watching silent films that have been reconstructed from multiple sources in 1080p is that they look like silent films that have been reconstructed from multiple sources. Still, it’s doubtful that the full intentions of D.W. Griffith’s camerawork have ever been as clearly represented as they are here, from the wide shots with shallow depth of field in the pastoral opener to the tense, nearly objectifying face and hand vignettes that bring Lillian Gish’s Anna closer and closer to the ice. The color wheel of tints is also recreated marvelously, not simply possessing sepia or indigo but occasionally a sickly green or a sterile blue. The form of a Griffith film is an expressionistic access point to the content of a Griffith film, and it’s great to see the form of Way Down East rendered with such sharpness.

There’s no booklet, sadly, but there are a few notes and excerpts from the original play on the disc itself, plus photos from that play’s initial stage production. The only film clip featured, though, is remarkable—a creaky capturing of the ice-floe sequence from a 1903 stage adaptation of Uncle Tom’s Cabin. Watch that clip and consider how your attention flits back and forth across the stage, even considering the film’s iffy quality, and Griffith’s rhythms suddenly become unspeakably organic.

As my girlfriend pointed out, it’s all about the last 40 minutes. But what 40 minutes!