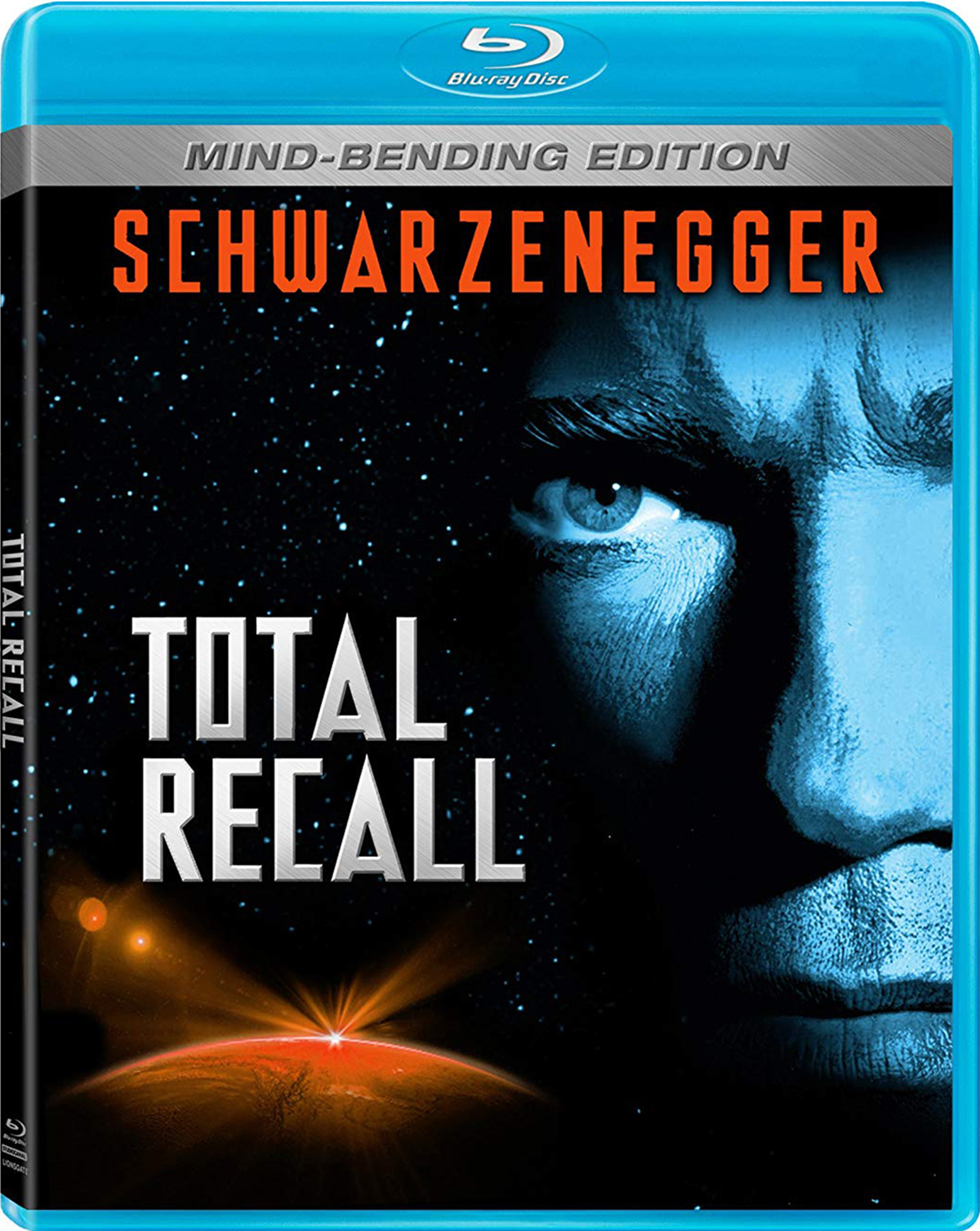 Paul Verhoeven’s critical cache has grown at a rate inversely proportional to his profile as a successful Hollywood director. After a six-year hiatus, his 2006 Black Book was greeted with enthusiastic approval from the Film Comment sphere of critics and cinephiles, but ignored by the same folks who packed theaters for Basic Instinct and RoboCop. At the same time, appreciation for his overall body of work hasn’t coalesced to a degree one would expect of a director who matches his description (a sure hand, mordant wit, rock-solid crowd instincts, and very little in the way of moralizing) after this much time has passed. Timed to the release of Len Wiseman’s Total Recall remake, which reports indicate is humorless, mercenary dross, it was natural that some of us should reflect on the legacy of Verhoeven’s 1990 original, adapted by three writers (including Dan O’Bannon) from Philip K. Dick’s 1966 short story We Can Remember It for You Wholesale. Many were unsure whether Verhoeven’s film is supposed to be a classic, a camp classic, or just plain crap.

This confusion, of course, is a perfectly appropriate response to almost everything Verhoeven has made. As a test case, Verhoeven’s cinema is, for many, a delicious dessert that’s been mixed with thumbtacks and iron filings. On one hand, the mordant wit and elegant framing, when in the company of high-fructose genre material, is cinephile catnip, arguing that Verhoeven is the very model of the hero auteur, our man on the inside, knocking them out of the park for the mainstream crowd, but, every now and then, giving us, the elect, the in-the-know viewers, the high sign. (No other film but Starship Troopers is busting at the seams with high signs.) On the other hand, the impression that Verhoeven loves the baser elements of his chosen field is hard to escape, to the point where we’re not sure whether we have enough hands to juggle all of the artist’s multitude of conflicting impulses. He loves to explain to us that the gutter is a vile place, but, all the same, shoots the gutter like a first-rate ad man. It might even be said that RoboCop ushered in the age of the confused blockbuster—megaton movie spectacles that want to be, in terms of socio-political readings, all things to all people, skewering and exalting hawkish worldviews in the same brushstrokes.

Like Steven Spielberg’s Minority Report, Total Recall’s method for turning a short story into a full-length, multi-act drama is simple: more story. A project that was in development for a large chunk of the 1980s, passing through multiple potential stars and directors, the Total Recall that was eventually made seems to have been built on the presumption of Arnold Schwarzenegger’s action-hero iconography, though there’s a lot to be said about the future former California governor weaving his way through designs that originated from David Cronenberg’s aborted collaboration.

The protagonist of Dick’s story is Douglas Quail (a very Dickian name), but he’s Douglas Quaid for Schwarzenegger (a very Joel Silver-esque name), and, of course, he’s far from a nebbishy nobody, even in his falsified Earth life, in which he wields massive construction equipment and sleeps with Sharon Stone. If Verhoeven doesn’t seem quite as empowered as he would be later, directing Showgirls or Black Book, Total Recall affords him plenty of opportunities to express his deep affinity for action sequences that have been tempered with naughty movie spectacle, infusing the film with a faint but unmistakable flavor of vinegar. The late ‘80s and early ‘90s were a special time, when audiences were barely beginning to feel ill from long exposure to exploding squibs and other photo-real carnage, and most of the film does, in fact, seem to be a string of set pieces held together by gossamer webbing, or the sheer fabric of a translucent nightgown. When the villain finally walks onto the stage, it’s no surprise that his negligible impact contributes to, rather than injures, the narrative wind-down. This is only natural in a film where we’re 10 times more likely to remember the words of an inexplicably treacherous cab driver, from the middle section, than those exchanged between the hero and his squeeze, just before the final credits unfurl.

For a film that looked like it was light years ahead of its time when it was released, Total Recall aged quickly, but now, over 20 years after it was the hot ticket at the multiplex, it’s as saturated with nostalgia as Joe Dante’s Gremlins or Steven Spielberg’s Raiders of the Lost Ark: In the movie history timeline, it sits perched on the precipice before the industry all but abandoned analog effects, elaborate matte backdrops, animatronics, and latex gore. The Lionsgate Blu-ray for Paul Verhoeven’s blockbuster is faithful to all that, plus one more quality that now seems passé: 35mm film grain. The disc is, from the first frame to the last, tack-sharp, even as much of the image has the faintest greenish tint that we may very well trace back to the original materials. The stereo DTS track is strongest in its musical elements; effects and voice seem blunted, a little bit tinny on the higher levels.

The kit of extras are vintage; everything’s been carried over from earlier, special-edition DVDs. This is mostly a good thing, since it’s a very strong ensemble, covering all the appropriate bases: interviews, making-of featurettes on various subjects, including the visual effects, makeup, and production design. Essential stuff for fans, although not all of it has been optimized for HD. Best of all is the inclusion of the now-legendary (or infamous) commentary with Arnold Schwarzenegger and Verhoeven. The director argues fervently that the largest part of the film is a dream on Quaid’s part—a theory that has more than a few holes—while pretty much anything Arnold says is pure gold.

A few words on presentation. The Blu-ray software interface for Total Recall is hobbled, so, for example, the viewer can’t switch out of the audio commentary mid-film, and the menu is very late-‘90s. For a film that seems to be, to put it mildly, “their thing,” the quality of Lionsgate’s release doesn’t really seem to be much of an event: a pro job, to be sure, but in a meets-requirements sort of way. If that jibes with the impression you get from the cover art (an unsurprising reproduction of the theatrical poster, with a silver banner at the top that reads “Mind-Bending Edition”), then your intuition is spot-on.

Crass, loud, and proud, Total Recall gets a not-very-special special edition (more like an SE DVD where the feature has been remastered in 1080p), but a worthwhile buy for fans, with terrific grain and an even better commentary track.