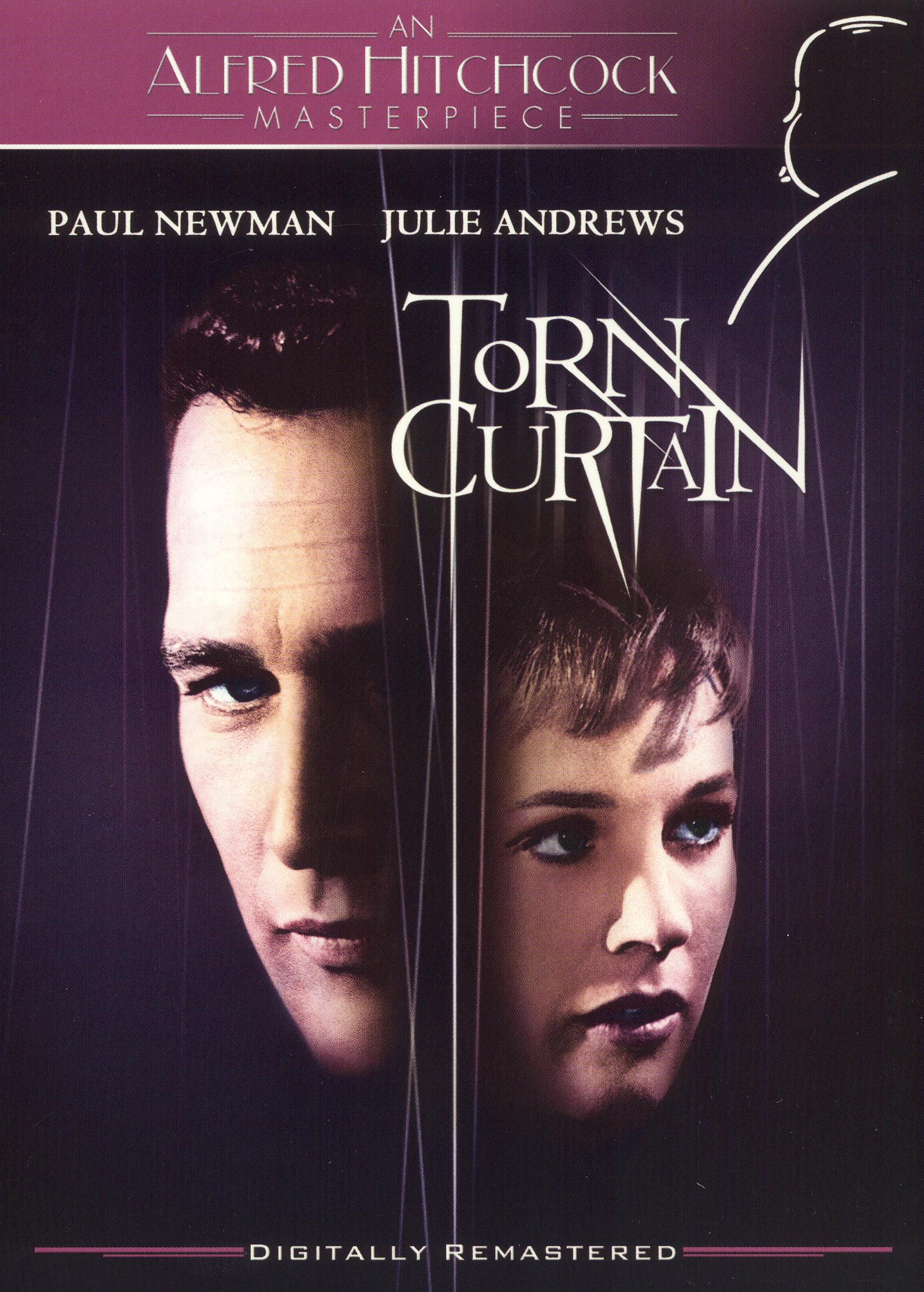 Alfred Hitchcock’s 50th film, Torn Curtain, starts with a bang-up credit sequence: smoke and fire billow and burn on the left side of the screen, and on the right runs a succession of anguished, often distorted close-ups of faces under great strain, all set to John Addison’s driving, sprightly music. The first few moments sketch in the details of an unheated ship in masterful Hitchcock shorthand, starting with a low thermometer and climaxing with a close-up of a fork plunging into a half-solidified glass of ice water. Hitch then cuts to Paul Newman and Julie Andrews cuddling under the covers. Perhaps this first scene was a private joke alluding to his stars’ chilly lack of chemistry. They’re supposed to be physicists, but they’re even less convincing as scientists than they are as lovers.

The first 45 minutes or so of Torn Curtain are pretty deadly. Newman’s bemused, grumpy indifference to his role is very unattractive, while Andrews’s relentlessly bland niceness makes her the least interesting Hitchcock blonde. Hitch penetrated Doris Day’s cheerfulness in The Man Who Knew Too Much with fascinating results, but he can do nothing with Andrews, who can’t seem to register any thoughts of any kind in close-up after close-up. After a while, you’re reduced to scrutinizing the color scheme for Hitchcockian clues, but the only thing that comes across is Hitchcock’s lack of interest in the Cold War story and the miserable actors (when Newman and Andrews talk in one scene, the rear projection of a cafe behind them actually flickers). The whole film is set in cool grays and greens, with Andrews dressed in mustard-yellow suits, a virginal white evening gown and one bright red nightgown that signals the sexuality that she cannot portray. There’s a long sequence on a bus that goes nowhere, and the last 45 minutes consist of an extended chase scene hijacked midway through by Lila Kedrova, who swaggers on like Melina Mercouri’s older sister. As a Polish aristocrat desperate to defect to America, Kedrova seems to think she’s going to steal the film, but her insultingly obvious hamming only adds to its many problems.

Torn Curtain is not a total disaster, though. In between the first and second halves of this hopeless project there is a lengthy sequence set on a farm that stands with the best of Hitchcock’s work. Newman’s spying has been found out by Gromek (Wolfgang Kieling), his burly bodyguard. For what feels like an eternity, Newman and his contact (Carolyn Conwell, a Liv Ullmann look-a-like) try to kill this large fellow. As Newman chokes Kieling and tries to hold him still, Conwell throws a pot of hot food at him, plunges a knife in his throat, and slams a shovel against his legs. Finally, she and Newman drag him over to her oven and gas him—a last resort, a final solution. From overhead, we see Kieling’s big, rough hands flutter softly as he loses his life.

For about six months after World War II, steel-nerved Hitchcock was asked to edit together a documentary film about concentration camp atrocities using actual footage taken at the liberation of the camps. When he was finished, the movie was so upsetting that it was shelved, and only shown later on television in the ‘80s. The gruesome knowledge Hitchcock picked up during those six months comes rushing in during the murder scene on the farm; the sequence is so strong that it completely overwhelms and obliterates everything else around it. Hitchcock wanted to have Newman confronted with Kieling’s brother, but gave up on this idea, feeling it would alienate the audience’s sympathy for the character. This hedging explains why Torn Curtain, which was a commercial success because of the drawing power of its stars, is an artistic flop, save for that harrowing scene on a German farm equipped with a gas oven.

The ice-cold color looks crisp, though some scenes are a little grainy. The sound levels vary, with a tendency toward sudden loudness.

A rather defensive featurette, “Torn Curtain Rising,” takes us through the various scenes academically, pointing out Hitchcock touches. Much more valuable is a clutch of scenes with Bernard Herrmann’s original score (Hitchcock was unhappy with it, fired Herrmann, and engaged John Addison). Hitch had a point: Herrmann’s score seems weak under the credits, and out of place in the farmhouse murder scene. Elsewhere, though, Herrmann’s music adds a kind of seriousness to minor scenes. If he had written a better credits suite, and let the murder play out in silence, the whole film could have been enriched by his score. Addison’s work is not negligible, but it does have its cutesy side. There is also a trailer and production photographs.

A poor Hitchcock film with one set piece perfect for anthologies.