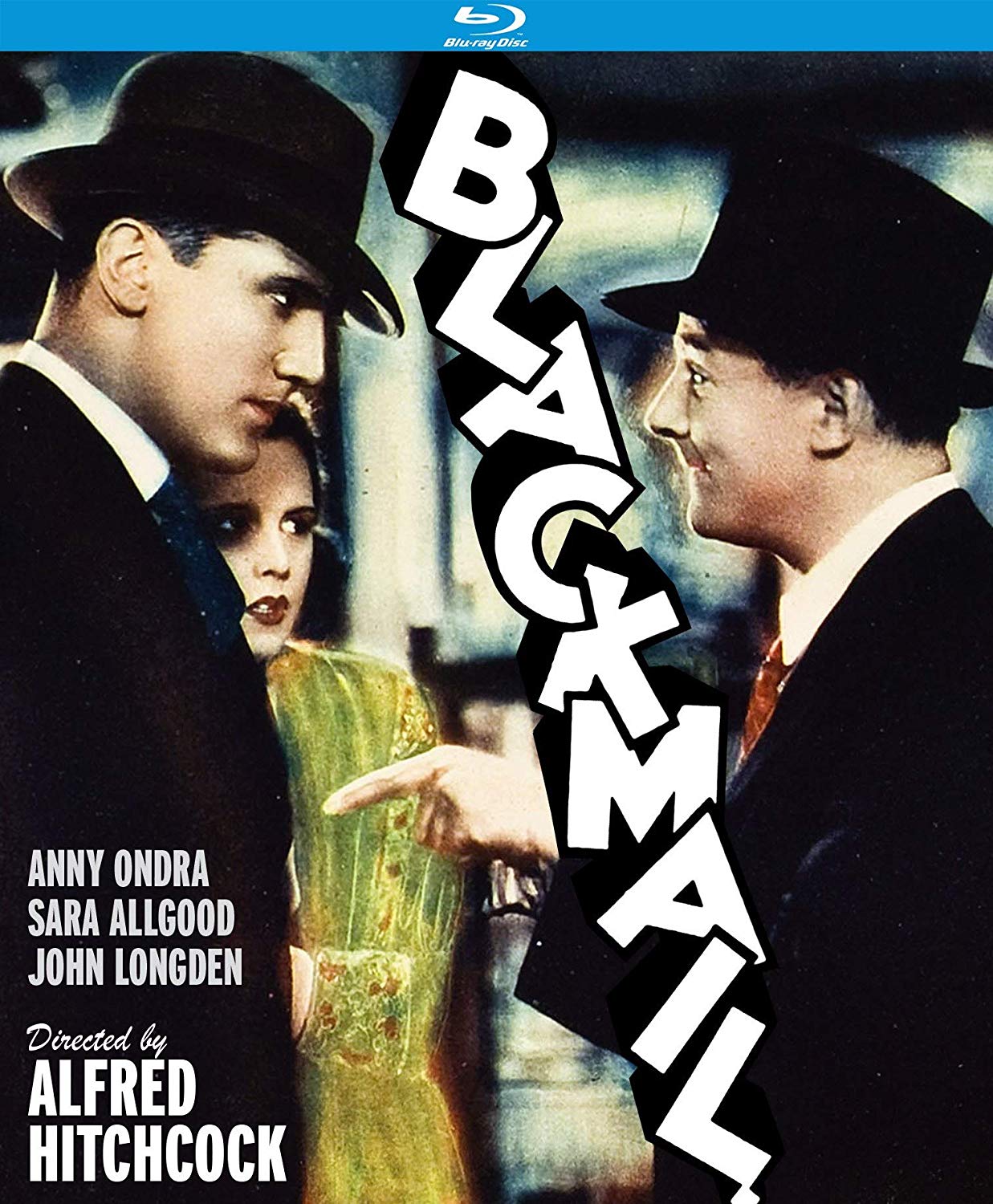 Alfred Hitchcock’s 1929 thriller Blackmail is generally considered to be the first British sound film, as well as a formative production in the director’s career. With such historical pedigree, it’s tempting to see the film primarily through a retrospective lens, mining it for indications of the depths that Hitchcock’s artistry would achieve. And it’s indeed rewarding on those grounds. There’s a sophisticated vertical tracking shot that follows a couple up an elaborate staircase—building dread as to where their evening is headed—that should be the envy of most modern filmmakers. There’s also a murder sequence that, in characteristic Hitchcock fashion, blurs the lines between carnality and violence: A woman stabs an aggressor behind a curtain that obscures them from the viewer, and their scuffling resembles the exertions of sex. In death, the man reaches beyond the curtain, a single hand upturned. When the woman later walks the streets of her neighborhood, she continues to see this hand. These sublime Hitchcockian touches, only a few among many throughout Blackmail, remind one of just how quickly the filmmaker was showing signs of mastery at the start of his career.

However, Blackmail is more than a chain of promises and footnotes. While the film lacks the feverish, autocritical neuroses of Hitchcock’s mid- and late-period masterpieces, it often superbly plumbs notions of guilt and vulnerability, all the while cheekily satirizing Scotland Yard as a swayable arbiter of justice. When Alice White (Anny Ondra) kills Mr. Crewe (Cyril Ritchard) in self-defense as he tries to rape her, she’s plunged into a subterranean world where the empowered male ego reigns supreme. Frank Webber (John Longden), a detective and a very recently spurned lover of Alice’s, knows that she killed Crewe and attempts to help her elude prosecution despite her obvious misgivings about the charade. This fraught arrangement is complicated by the arrival of Tracy (Donald Calthrop), who can place Alice at Crewe’s loft on the night of his death, taunting Alice and Frank with potential blackmail.

The film has an adventurous structure, composed of a few long scenes staged with a careful sense of escalation, concerning negotiations that illustrate the webs the exist between sex, violence, business, and power. The narrative opens with a (silent) chase, which gets the audience’s collective pulse up while establishing that Frank prioritizes the job over Alice, then segues into Frank and Alice’s testy date, which leads to Alice’s subsequent date with Crewe. All of these situations illustrate a complicated mixture of gender and class issues with the aid of carefully placed symbols: a teacup, a mask, a painting, a costume, and so on.

The latter encounter, as Hitchcock dramatizes each stage in Crewe’s transition from seducer to attacker, is a nearly peerless examination of a how man curdles when he realizes that a woman isn’t going to sleep with him. This sequence climaxes with a chillingly direct and simple image: an in-camera split screen showing Crewe playing the piano on one side of a folding screen, while Alice, as she attempts to get her dress back from Crewe, is visible in her slip and stockings on the other. Hitchcock doesn’t fetishize Alice the way he would the future blondes at the center of his films, and her humiliation is allowed to be authentically disturbing.

Alice’s assault is complemented by Blackmail’s last long sequence, which is the film’s true climax, even though a traditional Hitchcock chase set against a real backdrop, in this case the British Museum, is still to follow. Tracy appears at the shop run by Alice’s family, and smugly holds her and Frank hostage with intimations of the power his knowledge gives him. It’s at this point, nearly an hour into an 85-minute production, that blackmail figures into a film called Blackmail—an action that in this case never quite occurs. Alice very purposefully and poignantly recedes from the narrative, as the men who’ve eclipsed her take over the film. (In this transition there are seeds of Psycho’s startling narrative U-turn.)

Alice is crippled by guilt and fear, as Frank and Tracy distort notions of law enforcement to suit their whims. As grotesque as Tracy is, he’s an innocent who’s eventually trampled to keep the gears of society running. Hitchcock caps the film with sounds of police laughter as proof of Alice’s guilt is stored away. A painting of a clown mocks our illusions of stability, showing Hitchcock’s macabre sense of irony already in bloom.

Though Blackmail is considered a sound film, a silent version was also released and was more commercially successful than its counterpart, partially because theaters in 1929 and the early ‘30s were only beginning to become equipped to play sound productions. Also, Alfred Hitchcock’s claims of recording sound “live” during the filmmaking process might partially be an example of his gift for mythmaking. In Blackmail, we rarely see people speaking on camera, allowing for the possibility of mixing in post-production. Kino Lorber has included both the silent and sound versions of Blackmail in this set, though their presentation of these films adds to the confusion regarding this production’s precise cinematic legacy.

In this package, the sound version of Blackmail is presented as the centerpiece, though this restoration is extremely uneven, particularly in terms of image quality. There are many scratches and blemishes, as well as white lines that occasionally outline actors. The exterior shots are most problematic, while the interiors, especially an artist’s loft, are clearer and occasionally even beautifully pristine. The silent version, however, is ravishing, with strong whites and blacks and exemplary depth. The versions also sport different aspect ratios: the silent one is in 1.33.1, while the sound one is in 1.20.1. In fact, two variations of the sound version are presented here, which Bluray.com describes as Kino’s attempt to correct the patchy early restoration, though the image here is uneven for both sound versions.

In a typically superb audio commentary, film scholar Tim Lucas provides an illuminating glimpse at the blossoming British sound film industry around the time of Blackmail’s release and particularly the differences between the silent and sound versions of the film, somewhat clarifying some of the confusion of the package’s organization. (Lucas also discusses certain visual differences between the two versions of the film.) A portion of François Truffaut’s interview sessions with Hitchcock (which became the classic Hitchcock/Truffaut book), trailers, a screen test, and an introduction by Noel Simsolo round out a sturdy package.