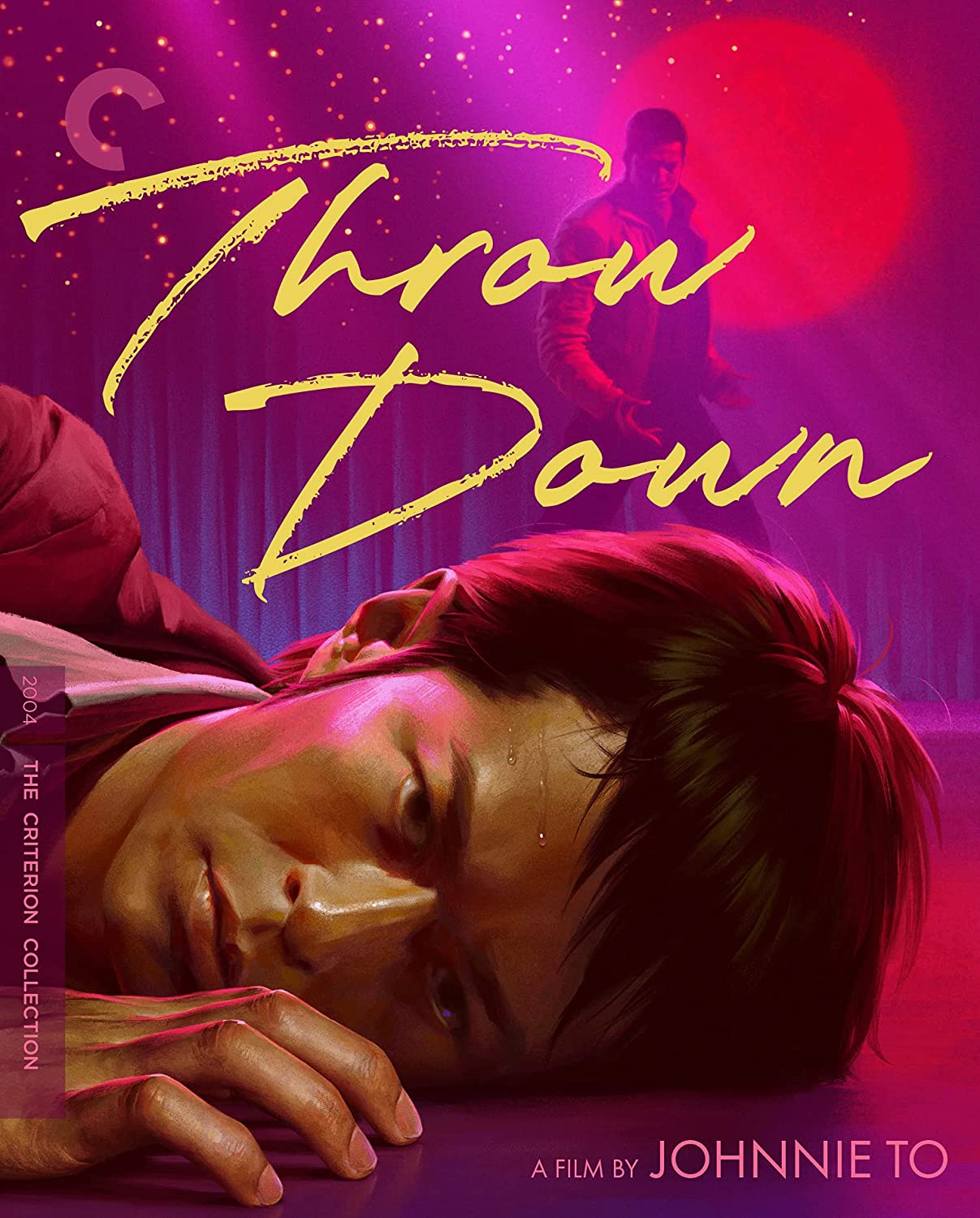 Johnnie To’s films are intensely genre-defying, almost avant garde, and 2003’s Throw Down evokes the woozy sensation of being trapped inside a smoke-filled karaoke bar listening to people sing in a language you don’t understand. It’s strange, funny, intimate, and irritating, which is probably why To has the show clock in at less than 90 minutes. Though it’s dedicated to Kurosawa Akira and claims allegiance to Sanjuro, this film about the “world of judo” may as well have been inspired by Gene Kelly an Stanley Donen’s Singin’ in the Rain, not just because most of the action—or, rather, non-action—is impeccably timed to its incessant score by Peter Kam but because To’s fluid direction is slippery when wet.

Throw Down’s three main characters—judo champ turned nightclub owner Sze-To (Louis Koo); eager upstart Tony (Aaron Kwok), who’s itching for a fight; and aspiring singer Mona (Cherrie Jones), who’s attempting to evade sex work—converge almost wordlessly. Each is introduced as if they were chords in a song working their way through a captivating crescendo of smoky encounters, recurrent dramatic and comedic refrains (a scene with Tony and Mona hiding inside a bathroom stall typifies To’s heady sense of humor), and building toward some impossible climax—one that, in the case of this film, I’m not sure ever materializes.

Throw Down is something of a love story, not just between the three leads but between To and his actors. From Sze-To reaching out to wipe Tony’s brow to Mona fleeing from a nightclub and picking up Sze-To’s lost shoe, every gesture evokes buried emotions. All the while, To’s camerawork not only jives with the hesitancy, frustration, and affection implicit in these movements but echoes them as well. When they don’t appear to be sliding off of To’s sometimes oblique angles, these characters are guided by the trippy feminine grunts frequently heard on the soundtrack. The story itself is oblique to the point of distraction, but even as it begins to sober up sometime past its midway point, Throw Down remains a compelling amalgam of aesthetic showmanship and human movement.

These supplements, all produced for Criterion in 2021 save for two, collectively attest to Throw Down’s confidence, originality, and personal importance to director Johnnie To. The two most informative featurettes spotlight Yau Nai-hoi, one of the film’s three screenwriters, and Peter Kam, the composer. Each artist underscores To’s intuitive sense of pacing and composition and, particularly, how he’d subtract expository lines and scenes to arrive at something more free-floating and emotional. In an archive interview, To elaborates on these instincts, suggesting that he trusted his audience too much (indeed, you may be an hour or more into the film before you realize that a central character is losing his sight). Meanwhile, two critical interviews—with scholars David Bordwell and Caroline Guo, respectively—discuss Throw Down’s experimental structure as well as its refutation of Hong Kong action-film formulas. The essay included with the liner notes, by critic Sean Gilman, further contextualizes Throw Down among Hong Kong cinema, detailing in particular To’s rise as an international filmmaker. Rounding out a solid package is a making-of featurette from the archives.

First and most importantly, the Criterion Collection honors the sheer gorgeousness of Johnnie To’s eccentric noirish story of friendship and midlife crisis.