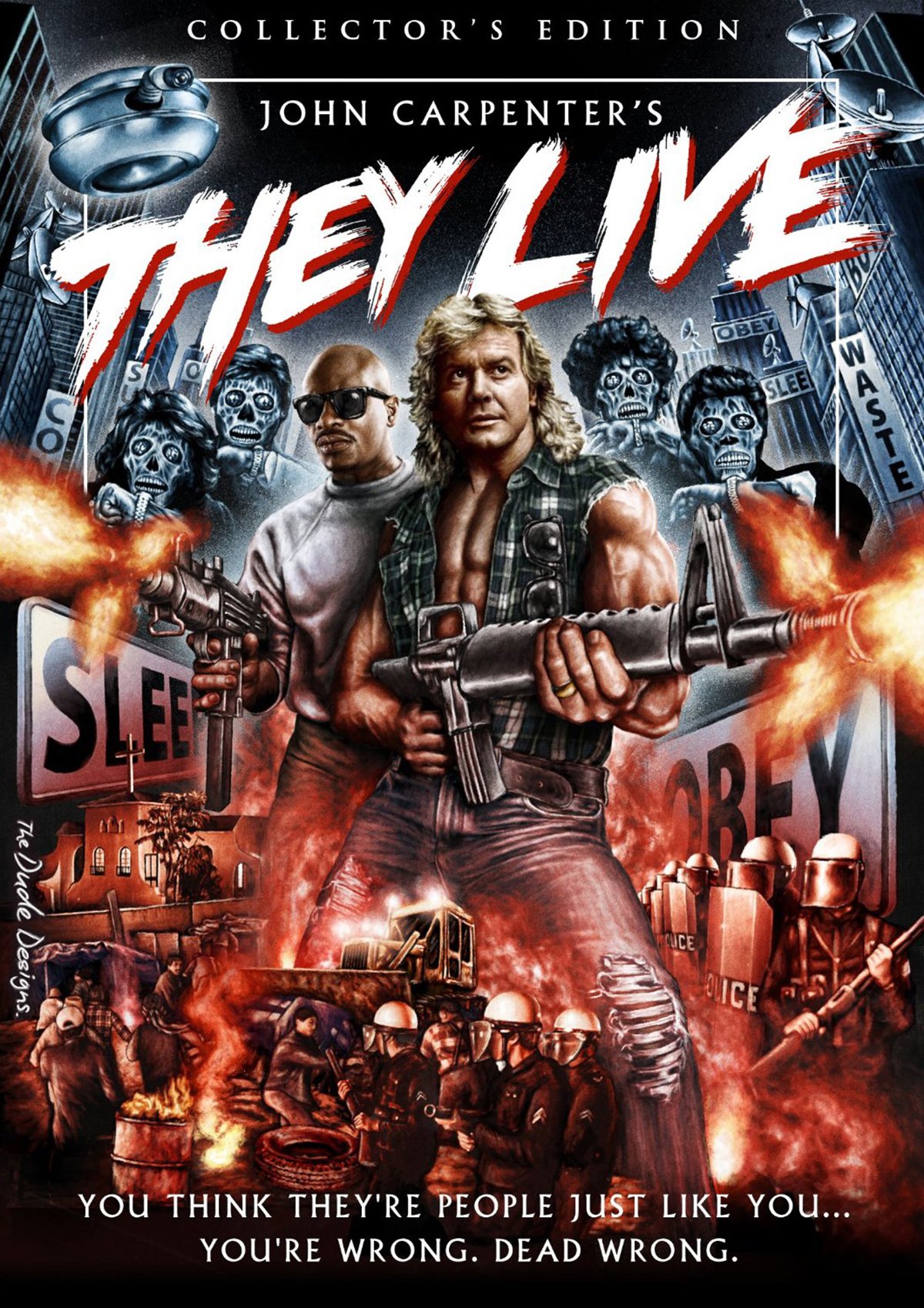 One of consumer culture’s more insidiously evil qualities is that its conspicuousness precludes criticism. It’s why anti-consumerist rhetoric so often sounds like the mere regurgitation of platitudes: Railing against the propagandistic power of advertising or the pervasive corporatization of Christmas is more cliché than revelation, which makes it immeasurably difficult to actively resist their influence and control, especially in a public forum. It isn’t enough for a politically engaged cinema to speak plainly on the subject of commercialism; we’re already too accustomed to the softcore didacticism of diatribes from the likes of Michael Moore and Naomi Klein to be affected, let alone galvanized, by that kind of dissent. And so, in order for any subversive anti-consumerist message to breach the status quo and truly resonate with a deeply complacent audience, it needs to be smuggled in beneath a more palatable pop veneer, hidden behind levity and thrills. The message needs to entertain in order to confront. Behold the message as articulated by John Carpenter’s sublime sci-fi opus They Live: “I’m giving you a choice: Either put on these glasses, or start eating that trashcan.”

The trick at the center of They Live, of course, is that its message doesn’t seem subversive or challenging at all. What it seems interested in exposing is established in the premise: A streetwise drifter (Roddy Piper) discovers a pair of sunglasses which allow him to see subliminal messages hidden behind every billboard, newspaper, and TV commercial in America, as well as the true faces of the masked aliens walking among us, intent to dominate our world in secret. Its anti-consumerist message is so apparent in the action on screen that it doesn’t even qualify as subtextual; explaining that ads for new shoes and Hawaiian vacation packages are actually designed to drive us to work, spend money, and marry and reproduce is so unambiguously explicated that it hardly needs unpacking at all. But this sort of obvious explication functions, cleverly, as a deliberate ideological misdirect, as the ultimate goal of They Live as a work of satire isn’t for us to acknowledge that our world is being taken over by nefarious aliens from outer space, but rather that such a fantastic idea of hypnosis and control is credible only because commercial culture is designed to function in exactly that way. The point, in other words, isn’t that we ought to be concerned about aliens, but that we don’t need to be concerned about aliens. Advertising and television and the entire world of corporatized control is already so fucked up that science fiction couldn’t imagine a fate for us any more preposterous or, frankly, any worse.

It’s an effective ploy, forcing us to confront certain basic facts about the state of the world around us without sounding preachy, and it articulates a decidedly working-class anger in response to social iniquity without sounding self-righteous. And it does all of this while retaining the surface appeal of its B-movie origins, frequently (and entertainingly) indulging in the seductive spectacle of ghouls and guns in combat—though always with ulterior motives. At the time of its release, They Live was received with guarded enthusiasm by those who appreciated Carpenter’s approach, but perceived in the results an irreconcilable hypocrisy: There was much talk of how admiring the successfully subversive elements of They Live required one to overlook its tendency to relish the vacuous pop-culture gestures it claimed to reject, the suggestion being that any attempt to engage seriously with anti-consumerist politics while also celebrating shootouts and explosions was a classic case of having your cake and eating it too. This, of course, was 1988, a year after Paul Verhoeven’s RoboCop had proven that an intelligent film could both be an action film and a critique of action films. Carpenter was in many ways picking up where Verhoeven had left off, taking his flair for pyrotechnics to its logical extension and pushing his film’s pointed social critique right down to the level of sly auto-critique as well. What’s the infamous six-minute wrestling match at the heart of They Live if not the ultimate fulfillment of its audience’s primal bloodlust, shoving our faces into the muck of pop culture? Like Keith David’s Frank, we can’t see the truth until it’s quite literally beaten into us. We have to start eating the trashcan.

Unfortunately, though I came here to review the Blu-ray and kick ass, Shout! Factory could only provide the Special Edition DVD, which admittedly looks very good: A marked improvement over the film’s pitiful older transfers, this new iteration allows fans of John Carpenter’s classic to see it in a new light. The 5.1 Surround mix is well-balanced and reasonably robust, keeping dialogue clear and the music booming—which is really all you can ask for out of an SD package.

You might not have realized, but if the effort Shout! Factory put into this release is any indication, They Live has a loyal following clamoring for the Special Edition to end all Special Editions. This thing is absolutely loaded with content: a new commentary track by Carpenter and actor Roddy Piper is entertaining and insightful; two making-of style featurettes (one new, one archival and EPK-like) provide a wealth of behind-the-scenes content; and interviews with both Keith David and Meg Foster allow nearly every major player to get involved and offer their opinion of the film. None of this content is especially revelatory, but this set is clearly one for the fans, who, as is their wont, will be pleased with whatever they can get. Oh, and there happens to be one advantage of the DVD over the Blu-ray in this department: The SD set comes packaged in a very handsome slip sleeve featuring brand new hand-drawn artwork commissioned for this release, as well as a reversible inner cover with the film’s original poster art.