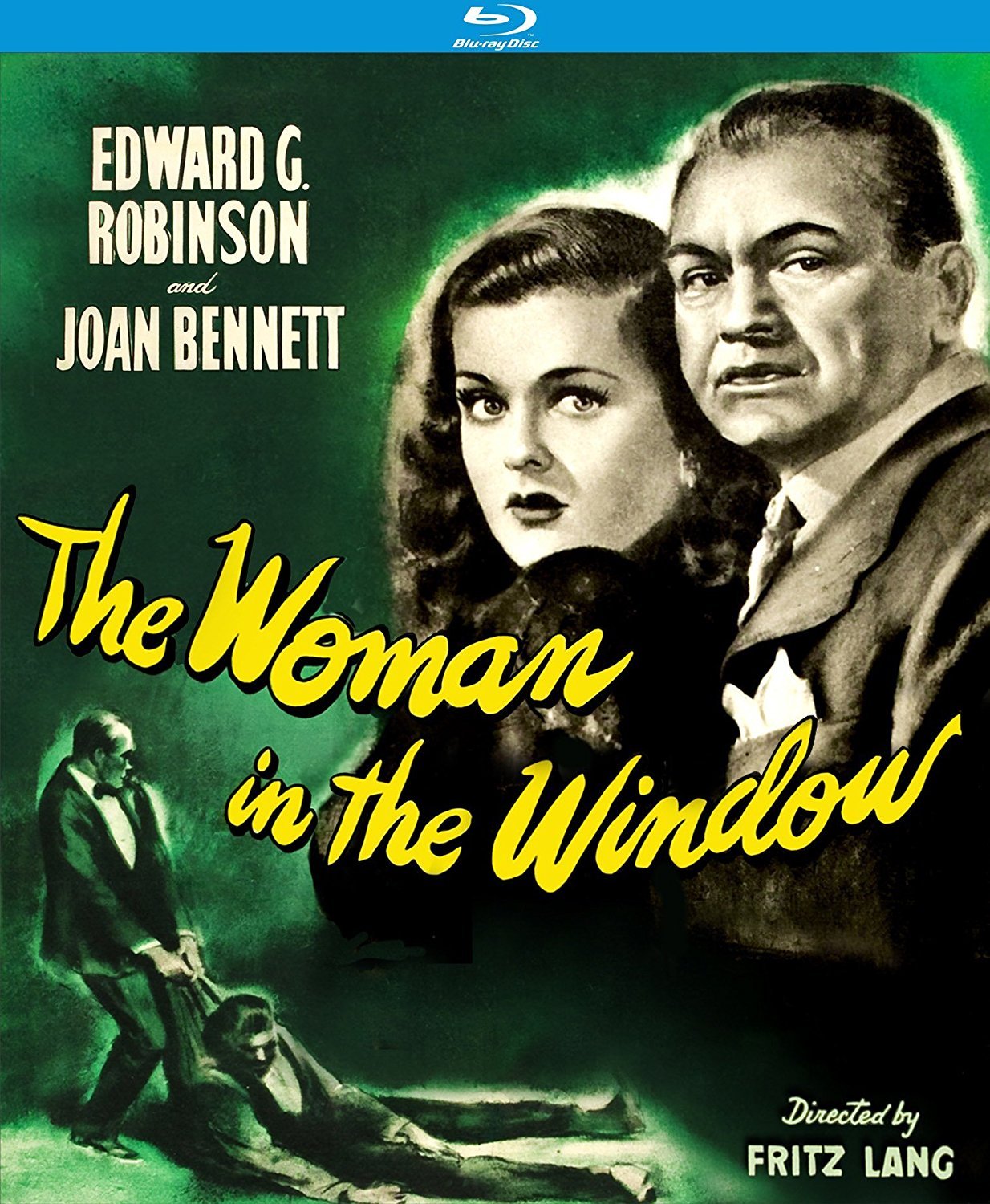 Fritz Lang’s German expressionist epics have a grandiose intensity, abounding in feral chiaroscuro lighting, astonishing special effects, early experiments in color, and vast casts of characters and fancifully lurid plotting—an abundance of invention that often led to expansive running times. In Germany, Lang seemed to be almost casually inventing film genres that are still relevant today. By contrast, Lang’s American films are hard and lean, though they still have their expressionist flourishes: images that mix poetry and practicality to forge a distinct American uncanniness. A formal tension exists within the director’s American films, then, which parallels the emotional turmoil that wracks their protagonists.

In both his German and American productions, Lang’s characters wrestle with impulses that are at odds with prevailing social standards. Similarly, Lang, an architect of film noir, had to learn how to tame his massive and politically dangerous visions for America, which isn’t as uncomfortable with anti-fascist sentiments as it should be. Lang understands the suppression that’s casual in American life, even for the privileged men who’ve benefitted most from the American contract, such as Professor Richard Wanley (Edward G. Robinson), the protagonist of Lang’s gripping and subtly devastating The Woman in the Window. Notions of suppression and control serve as the film’s text, rather than as subtext. In the first scene, Wanley lectures a class on how the law has variously interpreted murder so as to represent the ambiguity of an act that can be committed for many reasons. Pointedly, Wanley notes that killing for gain and out of self-defense are markedly different, inadvertently foreshadowing the predicament that he will soon face.

Later, we see Wanley’s wife and children leaving him to his devices in New York City for the summer, going on vacation while he stays behind to work. At a posh men’s club, Wanley drinks port and smokes cigars with two friends, District Attorney Frank Lalor (Raymond Massey) and Dr. Michael Barkstane (Edmund Breon). On the way into the building, the men glimpse a portrait of a beautiful woman in a store window, which eventually leads to a conversation about the staidness of middle-age “respectability.” All three men are influential and quite comfortable, but they feel put out to pasture. Lalor and Barkstane might be joking to an extent, while Wanley nurses palpable regret and bitterness. One thinks of Chris Cross—the character Robinson played a year later in Scarlet Street, Lang’s bleak and brilliant remake of Jean Renoir’s La Chienne—who wonders what it must be like to be “loved by a young girl.”

The Woman in the Window and Scarlet Street share many fascinating similarities, operating as parallels as well as inverses of one another, but Robinson’s respective performances are subtly differentiated. Wanley’s bitterness is laundered, passed off by the man as a kind of dignified resignation, which Robinson plays with a poignant musicality. When Wanley inexplicably meets and has a drink with the woman in the window, Alice Reed (Joan Bennett), he says that he shouldn’t be with her, uttering the line with a sharp, almost comic sense of fear and futility. Wanley has found himself with a woman of his dreams, and he can only think of his own limitations, which he passes off as intellectual conjecture. Cross, on the other hand, lacks even these defense mechanisms—he’s outwardly and painfully pathetic, and Robinson physicalizes this vulnerability with a devotion that remains daring.

Defense mechanisms are screens, of course, and The Woman in the Window revels in a head-spinning variety of literal and figurative embodiments of the word. When Wanley first encounters Reed, she’s a reflection in a window—a fantasy and a ghost, which is but one of many overt hints as to where the film’s narrative is heading. When Wanley follows Reed back to her place, we see a fireplace with an elaborate reflective background, which allows Lang to ground his expressionism in the “everyday” of a seemingly conventional American film aesthetic. The mirror doubles Wanley and Reed, so that they seem to be watching themselves as they clean up a murder scene, almost as if they’ve joined us in the audience. We are consciously witnessing a dream or a movie that reflects a subterranean wrestling with whether desire is worth the risks of satiation. In addition to reflective surfaces, Lang uses his characteristic long takes to inform common objects and settings with a totemic pregnancy that renders every detail ecstatic and terrifying. When Wanley disposes of a body, Lang repeatedly lingers on the double doors of Reed’s apartment, calling attention to the various physical exertions of murder and to the infinite possibilities for witnesses, which spell catastrophe, and to gateways that exist between multiple worlds.

The Woman in the Window has a twist ending that’s deliberately easy to anticipate, leading us to hope for said ending. Lang and screenwriter Nunnally Johnson use the hoariest of revelations as a haunting signifier of Wanley’s self-imprisoning timidity. Wanley’s murder adventure with Reed is a fantasy—an intellectual’s way of telling himself that he’s better off without illicit sex. We’re disappointed yet relieved to discover that “Alice Reed” doesn’t exist, as we’d hate to see the rug pulled out from under Wanley’s comfortable life, particularly his access to his club, which Lang fetishizes in crisp angles that are somehow critical and affectionate in equal measure. This relief on our part is bittersweet and revelatory: a sign of our own inhibiting conventionality.

There are blips and a few significant scratches, but the image is altogether healthy and robust, which is particularly evident in shots of the film’s most important settings: a men’s club and a woman’s apartment, which are rich in evocatively crisp through lines and angles. The supernaturally empty streets of the film’s New York City are full of vibrant nooks and crannies, offering a veritable shadow-scape of dread. Blacks are lush, and the whites are only occasionally soft. Textural details are superb, as evinced by the minute close-ups of a pencil that’s pivotal to the film’s climax. The soundtrack is appropriately clean and subtly dexterous, as Firtz Lang prefers tense passages of silence that are punctuated with intricate ballads of diegetic sound.

In her audio commentary, film historian Imogen Sara Smith parses the film’s thicket of symbols and themes with surgical and empathetic finesse. Aptly, male fear is a dominant topic of discussion, particularly when Smith analyzes the dispute between Fritz Lang and Nunnally Johnson over the film’s ending. A somewhat optimistic conclusion, explaining the protagonist’s downfall as a dream he experienced after too much port at the club, was concocted to appease censors. Johnson thought the ending was a cop-out, while Lang supported it. Smith takes Johnson’s side while I take Lang’s, as the present ending logically encapsulates the film’s obsession with male complacency and anxiety. Both sides have their points, and Smith offers a nuanced glimpse of all angles. She also provides a compelling portrait of the contentions that generally characterized Lang and Johnson’s working relationship, and sketches brief biographies of the film’s significant players. Smith also has a flair for the sort of purplish descriptions that fit Lang and noir at large to a tee. The original theatrical trailer and a reversible cover round out the package.

Kino Lorber offers a lush restoration of Fritz Lang’s The Woman in the Window, an early and intricate deconstruction of the biases driving film noir.