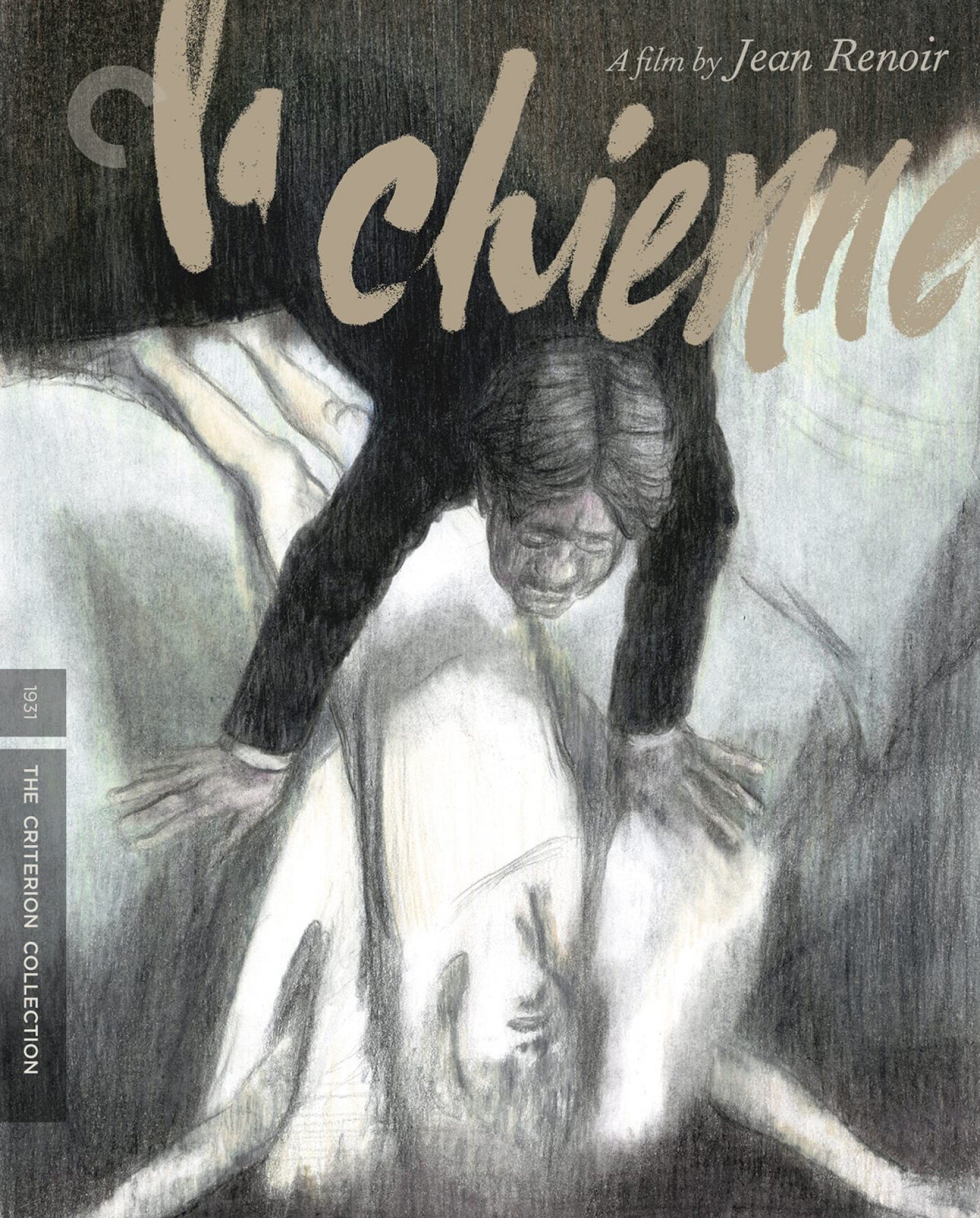 Jean Renoir’s intoxicatingly nasty La Chienne opens on a small theater, with puppets debating the merit of the tale to follow, insisting that it’s neither comedy nor drama, nor a story dictated by moral concerns. This opening’s visual textures are proven to be more truthful than the aural. The cramped stage establishes a metaphorical framework for Renoir’s subsequent blocking and, particularly, for the density of the film’s myriad art-within-art resonances, while the puppets’ claims of the narrative’s amorality are cheeky and misleading. For La Chienne, the lack of morality is the morality. Renoir’s refusal to judge his characters is humanistic, but more importantly, it signifies an aesthetic philosophy that denies the audience facilely objective bearings.

Renoir’s imagery abounds in boxes and frames that echo the stage at the opening of the film as well as the art produced by a protagonist too myopic and naïve to live from it. The apartment of henpecked hosiery cashier and amateur painter, Maurice (Michel Simon), and his miserable wife, Adele (Magdeleine Berubet), is either reassuringly or stiflingly small depending on the context of a given scene, always festooned with objects that indicate Adele’s dominion over Maurice. The pad that Maurice later procures for his mistress, Lulu (Janie Marèze), is also cramped, though with a soft bed that indicates the desires this setting fleetingly sates for the former. The bed also embodies financial gain for Lulu and her pimp, Dede (Georges Flamant), as they exploit Maurice’s loneliness and desperation with escalating daring, stealing his paintings and selling them to a markedly crass and cynical art world that’s most interested in procuring Lulu’s sexual favors.

La Chienne is a hard and ironic fable of class, gender, and hypocrisy that served as a significant touchstone in the development of Renoir’s filmmaking personality, indicating his interests in the ungovernable intersections between art, sex, politics, longing, and the umbrella of social standing under which everything falls. Along with Josef von Sternberg’s similarly themed The Blue Angel, it’s also a key work in the proliferation of films that would come to be known as noir. But Renoir’s sense of fatalism isn’t oppressive or singularly toned, like that of noirs that fetishize the punishment of sexual deviation. By contrast, La Chienne is disturbing for its piquant series of contrasts.

At this point in his career, Renoir already displays a mastery of mixing theatrical flourishes with seemingly spontaneous action, capturing the indistinguishable blur between artifice and truth, as well as the arranged and found. Vividly mixed sounds, recorded on location (this was Renoir’s second sound film), ground the setting in the quotidian of French city street life. Vertical and diagonal through lines, such as the sharp, expressionistically framed slant of a street that’s strolled by Maurice and Dede in rapid succession, are complemented and enlivened with behavioral bits such as the defeated physical slope that Simon gives Maurice, or the darting gestures that Flamant uses to mark Dede as a man prone to quick violence.

No scene serves merely an expository purpose in La Chienne. When Maurice plots a conspiracy with Adele’s first husband, Godard (Roger Gaillard), our attention is drawn less to the narrative-serving particulars of the dialogue than to the general comedy of the men’s unexpected rapport, and to the intensely foamy beers being delivered to their restaurant table. When Maurice and Godard first meet in the rain on the street outside the former’s place of employment, we’re struck by the impressionist beauty of the rain striking and highlighting the men’s faces. Earlier, in a stunningly resonant deep-focus shot, Maurice looks out a window from his home into his neighborhood through yet another series of frames, seeing a woman alone in another window, watching her for a moment that’s allowed to hauntingly hang, evoking those times when we’re struck by people we’ll never know, who’ll contribute subliminally to the what-ifs that accumulate throughout our lives.

There are dozens of these moments throughout La Chienne, and they don’t exist merely as clever touches dressing up a story of a love quadrangle gone bad. They are the film, establishing the inner lives of the characters, who’re each at the exploitive service of another, collectively forging a nesting chain of desperation and subservience that’s first signaled by the stage-as-cage motif and continued by the merciless portrait of the art world as an extension of the underworld, feeding on the talents and hang-ups of the artists and the populace alike. One of Renoir’s bleakest films, La Chienne convincingly asserts that all relationships are cons rooted in classist clashing, but the filmmaker never shortchanges the ecstatic longing that drives people to torture one another in the hopes of finding something that completes them. A longing that is, perhaps, our most oppressive cage.

The 4K digital transfer clears the image of debris and scratches, informing La Chienne with newfound clarity and vibrancy, though there’s still an appealingly gritty surface that illustrates the film’s mixture of raw and polished visuals. Facial textures, which are always of paramount importance in Renoir’s work, are pronouncedly well-detailed, affirming the commanding mix of broadness and subtlety that inform the actors’ performances. Textures in general are palpable to the point of occasionally feeling three-dimensional, particularly streets that nearly appear to extend out to the audience. The monaural mix improves the precision and dynamism of background diegetic sounds from prior editions, which is important to a masterpiece of the early sound era. Dialogue is also markedly clearer than ever. A musical number sounds a little tinny, but this is probably inherent to the source material. Otherwise, this restoration is importantly and beautifully tactile.

The most notable inclusion in this package is On Purge Bébé, Jean Renoir’s first sound production, which he completed to prove to financiers that he had the discipline to deliver a film on budget. In a new interview included with this disc, Renoir scholar Christopher Faulkner speculates that the filmmaker wasn’t too interested in the subject matter, which shows in the exquisitely staged yet tedious final result. On Purge Bébé is of significant historical value, of course, and Faulkner’s interview provides evocative context that includes an astute and revelatory analysis of La Chienne as a potential exploration of Renoir’s feelings of inferiority to his legendary artist father, Pierre-Auguste Renoir. Speaking of historical value, “Jean Renoir le Patron: Michel Simon” is a 95-minute portion of a French television program featuring a conversation between Renoir and Simon, directed by Jacques Rivette. It’s a poignant and revealing pleasure to watch Simon and Renoir interact, riffing on the notions of art and reality that govern their work. Rounding out this slim but supple package is an introduction to La Chienne with Renoir from 1961, and an essay by film scholar Ginette Vincendeau.

Jean Renoir’s brilliantly ironic melodrama is a pivotal work in one of the greatest of all cinematic careers and a significant step in the creation of film noir. This gorgeous Criterion edition will hopefully help correct its relatively under-heralded status.