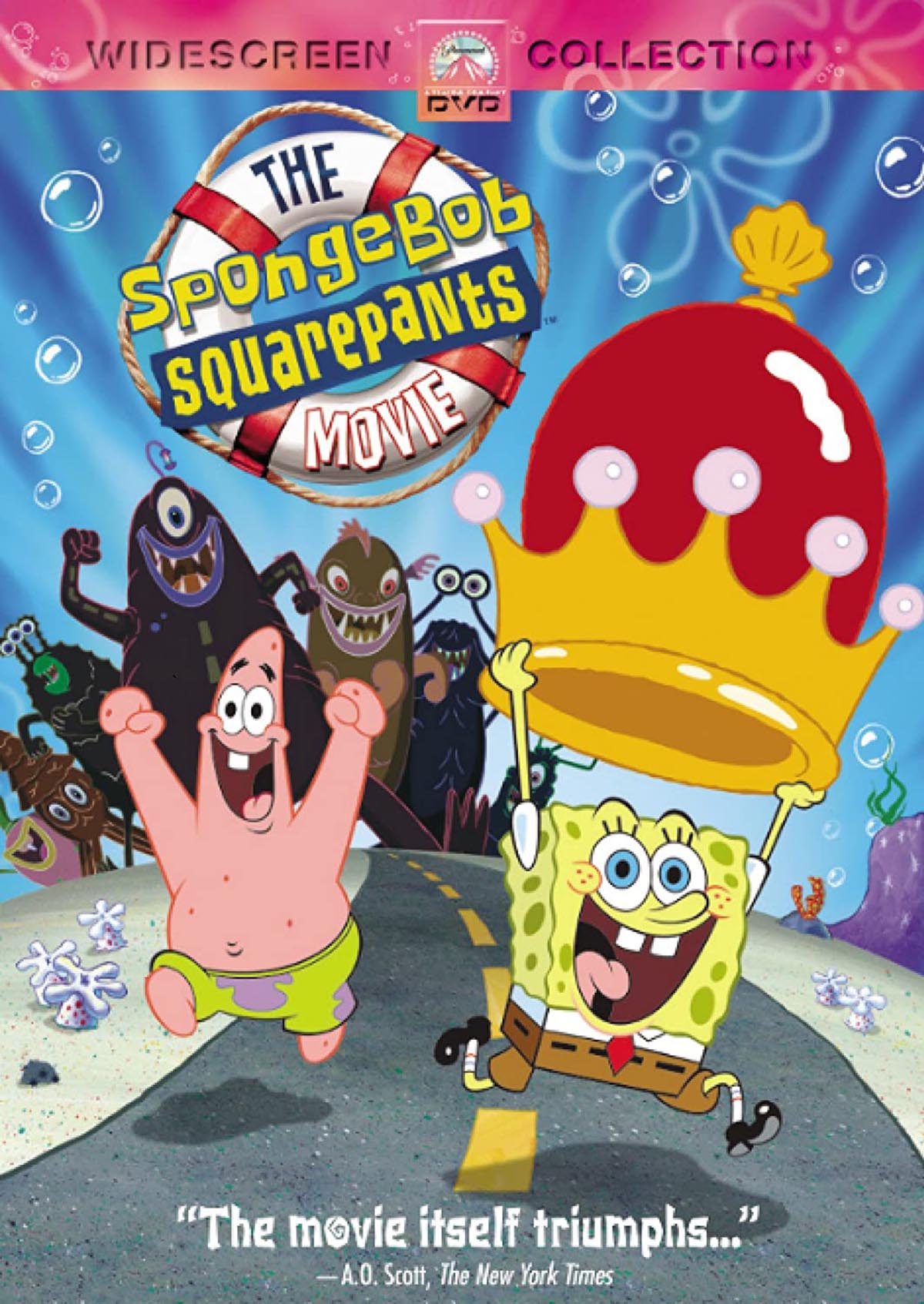 Not since Steven Spielberg’s exec-produced Tiny Toon Adventures has a cartoon program appealed to audiences young and old as much as SpongeBob Squarepants. A Frankensteinian fusion of Pee-Wee Herman, John Kricfalusi’s Stimpy of the grossly overrated Ren and Stimpy, and Strangers with Candy’s Jerri Blank, SpongeBob is a naïve man-child whose bipolar personality is both a terror to his clueless self and the unsuspecting denizens of Bikini Bottom. The show’s appeal across the board is easy to explain: adults respond to the off-the-wall non sequiturs, subversive timing, and almost poetic punchlines, while kids no doubt respond to the curiosity with which SpongeBob looks at the world.

SpongeBob SquarePants’s first big screen adventure is conscious of its movieness, opening with a brilliant fantasy sequence that likens Mr. Krabs to a svengali-like movie producer about to open a sequel to his restaurant The Krusty Crab, simply referred to as The Krusty Crab 2. The film in many ways continues the identity-affirming challenge of the series: After Plankton convinces a balding Neptune that Mr. Krabs stole his crown, SpongeBob and Patrick head to Shell City to retrieve the crown and prove that they’re adults, which leaves Plankton to steal the Krabby Patty recipe from Mr. Krabs and take over Bikini Bottom using hats in the shape of the Chum Bucket.

From an extended gag involving SpongeBob and Patrick getting drunk on ice cream and subsequently accosting a Goofy Goober peanut to David Hasselhoff using his pectoral muscles as a rocket launching device, the film is not only true to the show’s zany spirit, but manages to sustain that zaniness for a whole 90 minutes. Unlike the more recent Rugrats and Wild Thornberrys movies, the SpongeBob SquarePants Movie doesn’t feel overcrowded, and as such no character runs the risk of being shortchanged. And, yes, while Squidward, Sandy, and SpongeBob’s pet snail Gary are more or less confined to playing zombies, it’s SpongeBob and Patrick that you probably care about most.

On their Odyssean adventure through the sea—and finally onto dry land—SpongeBob and Patrick are teased by all sorts of identity shifting monsters, to which they reliably respond with their signature ridiculous behavior. Finally, lessons are learned and everything eventually returns to normal. For a sponge, it’s amazing how little SpongeBob actually manages to soak up. Which probably explains the show’s lasting appeal. An ageless innocent with an impossibly short attention span, SpongeBob does what no other carton character has ever done: With every journey he makes, it’s as if he’s looking at the world for the very first time.

Stephen Hillenburg leads a talking-heads brigade on “The Absorbing Tale behind The SpongeBob SquarePants Movie,” which seems to have been made for people completely unfamiliar with the cartoon before the movie since much of the background and anecdotal info can be found on featurettes available on the first and second season DVD sets of the SpongeBob TV show. Rounding out the disc are the educational featurettes “Case of the Sponge ‘Bob’,” with voiceover by Stephen Hillenburg and Jean-Michel Cousteau, and “Saving the Surf,” an awesome 20-minute animatic, a teaser trailer, a game demo, and previews of other Paramount Home Entertainment titles.

The SpongeBob SquarePants Movie made money, right? Where’s the commentary track then?