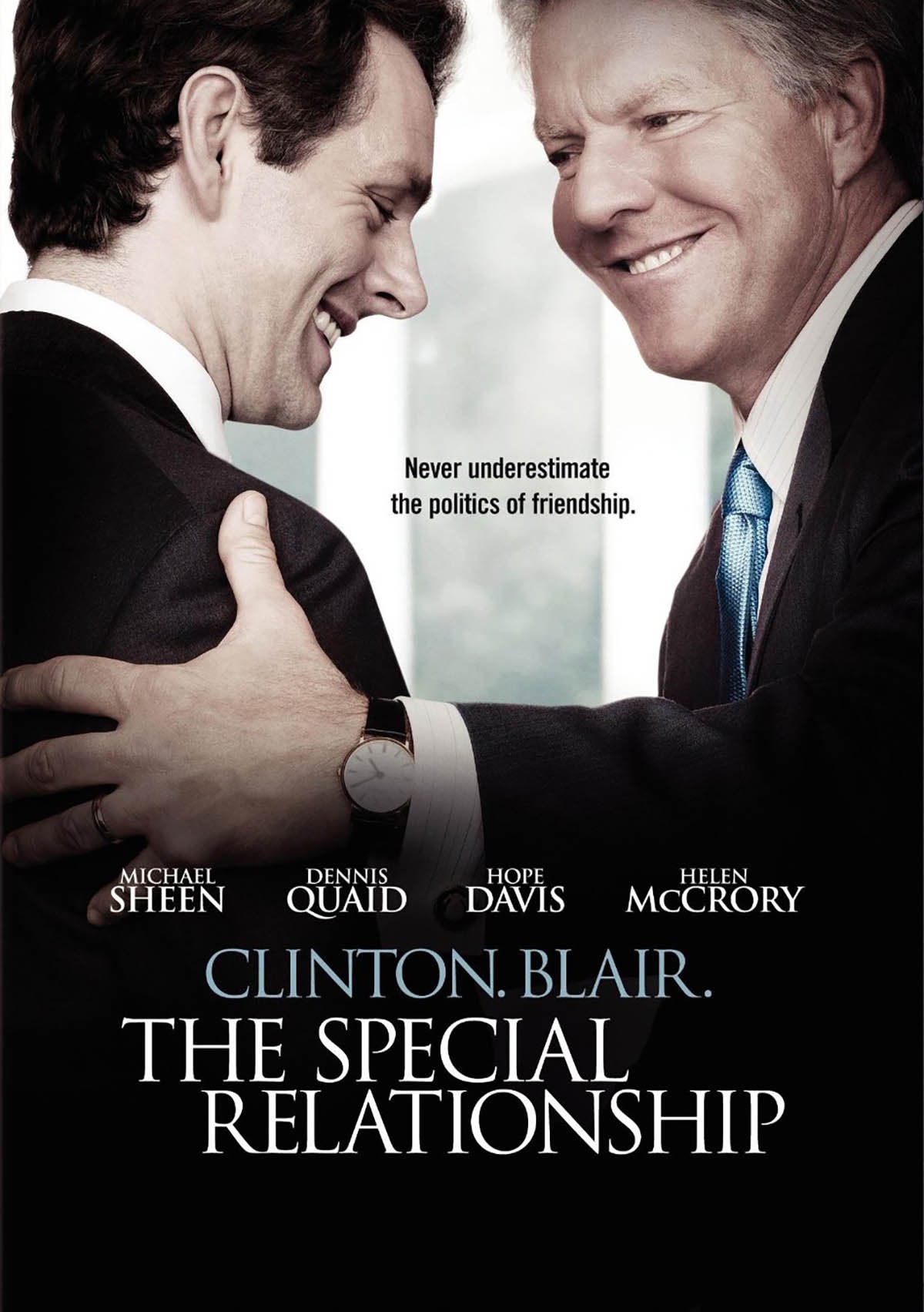 Of the more prominent risky decisions writer Peter Morgan and director Stephen Frears made while crafting 2006’s exquisite The Queen was the exclusion of Princess Diana as a physical character. Gracing television screens, newspapers, and magazine covers before and after her unseen death, she is a posthumous media cash cow, the unwanted public face of the notoriously private monarchy and a dark veil thrown over the mind of every figure that Morgan and Frears introduce, perhaps none more than the eponymous consort.

It is, perhaps by design, impossible to imagine a similar tactic being used to chart the ebb and flow of ideas and moods that took place between Prime Minister Tony Blair and President Bill Clinton during the latter figure’s disastrous second term, which is the subject of Richard Loncraine’s The Special Relationship, but there’s a similarity in how Diana cast a shadow over British sovereignty and how Clinton informed and influenced Blair in his first years as prime minister. The Special Relationship, which was also written by Morgan, nevertheless goes in an entirely different, though not entirely unexpected or unfamiliar direction.

As played by the undervalued Dennis Quaid, Clinton’s physical form and unyielding gregariousness eclipses Cherie Blair (Helen McCrory), First Lady Hilary Clinton (Hope Davis), and any ancillary being that walks in front of the camera; he’s not a ghost, he’s a glacier. For Blair, once again played by a note-perfect Michael Sheen, Clinton is a “superstar,” as one advisor puts it, and Blair can’t help but be a bit nervous when he first meets the grey fox in the oval office. The reversal of power between America and its motherland is intimated often, but Morgan’s script wisely keeps that theme at a murmur and moves quickly from a post-election double date between the Clintons and the Blairs to the Monica Lewinsky scandal.

The title of the film comes, of course, from the shorthand for the prickly relations faced between the American president and the prime minister, the leaders of the two most powerful nations at the time; the opening credits include video clips of former presidents and prime ministers together. Blair, for the film’s first hour or so, believes that there is a deeper level of friendship understood between him and Clinton, which gives reason to his open defense of Clinton when Lewinsky’s claims first hit the front pages. In this, Morgan and Loncraine begin to slide a bit into a more formulaic, on-the-nose structure: the young ingénue politician taken under wing by a big-hearted, complex big brother who, though he has a dark side, is more accepting than his (royal) family.

Clinton’s deep flaws become even more apparent when Milosevic and the Kosovo War end up pitting Blair and Clinton against each other for UN support. The president’s obsession with “American victory” via air strikes is a political maneuver while Blair’s plea for ground troop deployments is a sensible act of his unwavering humanity. When Blair blasts Clinton’s decision during a speech in Chicago, the audience bursts into applause and we are meant to share their exhileration. Morgan and Loncraine’s glorification of Blair is certainly a bit crass but more troublesome is that it seems unearned. The Special Relationship runs like the theatrical cut of a Carlos-size picture: A might-have-been mammoth deconstruction of how America and English politics have been informed by media and one another over the years. The way it plays, however, ends thematically vital elements abruptly (the roles of the first lady and the wife of the prime minister, for instance) and the Lewinsky fiasco and Kosovo become more like talking points than the complex and messy events they were for both leaders.

There are several reasons why The Queen and The Deal, Frears’s brisk and witty detailing of the “Granita Pact” between Blair and Gordon Brown, both succeeded and The Special Relationship ultimately does not, but it really comes down to a matter of focus. Loncraine’s film is dealing with two very personal, very different events that marked the careers of two (arguable) very different men who shared a very strange bond and though it suggests it’s about that bond, it can’t help but become fascinated by other factors. There are two films here that may have been strong on their own merits but they collide against each other and the result is too mild to call a complete disaster but too seemingly “important” to call a genuine entertainment.

To say that the film is slight is an understatement, but there are moments of sincere fascination. In the film’s final moments, a bitter Clinton warns Blair about his successor, George W. Bush, and the conservatives, before knowingly saying that he’ll be scrutinizing body language when Blair meets with the president elect. Morgan’s script, early on, makes a blithely self-referential mention of making the personal political and vice versa and its suggested that with Clinton, Blair could at least be personable, even if it caused some awkward and regrettable verbal altercations. Loncraine ends his movie with a clip of a joint press-conference between Blair and Bush from Camp David and you can’t help but laugh a bit at the fact that the only thing either one says they have in common is the brand of toothpaste they use.

Presented in its original 16:9 aspect ratio, The Special Relationship looks and sounds quite handsome on DVD. Colors are sharp, blacks are deep, and there are scarce signs of digital manipulation. Despite Loncraine’s pedestrian direction, the film looks nice, if not anything to blow a trumpet about. A similar case can be made for the audio. Morgan’s dialogue, enjoyable and rarely pandering, is out front and crisp, mixing well with the atmosphere and score.

This is about as barebones as it gets. A completely perfunctory making-of featurette is included, though it resembles something closer to a promotional trailer.

This middling look at the stormy relationship between Prime Minister Tony Blair and President Bill Clinton features both expert mimicry from Dennis Quaid and Hope Davis and Peter Morgan’s most unfocused, overly ambitious script to date.