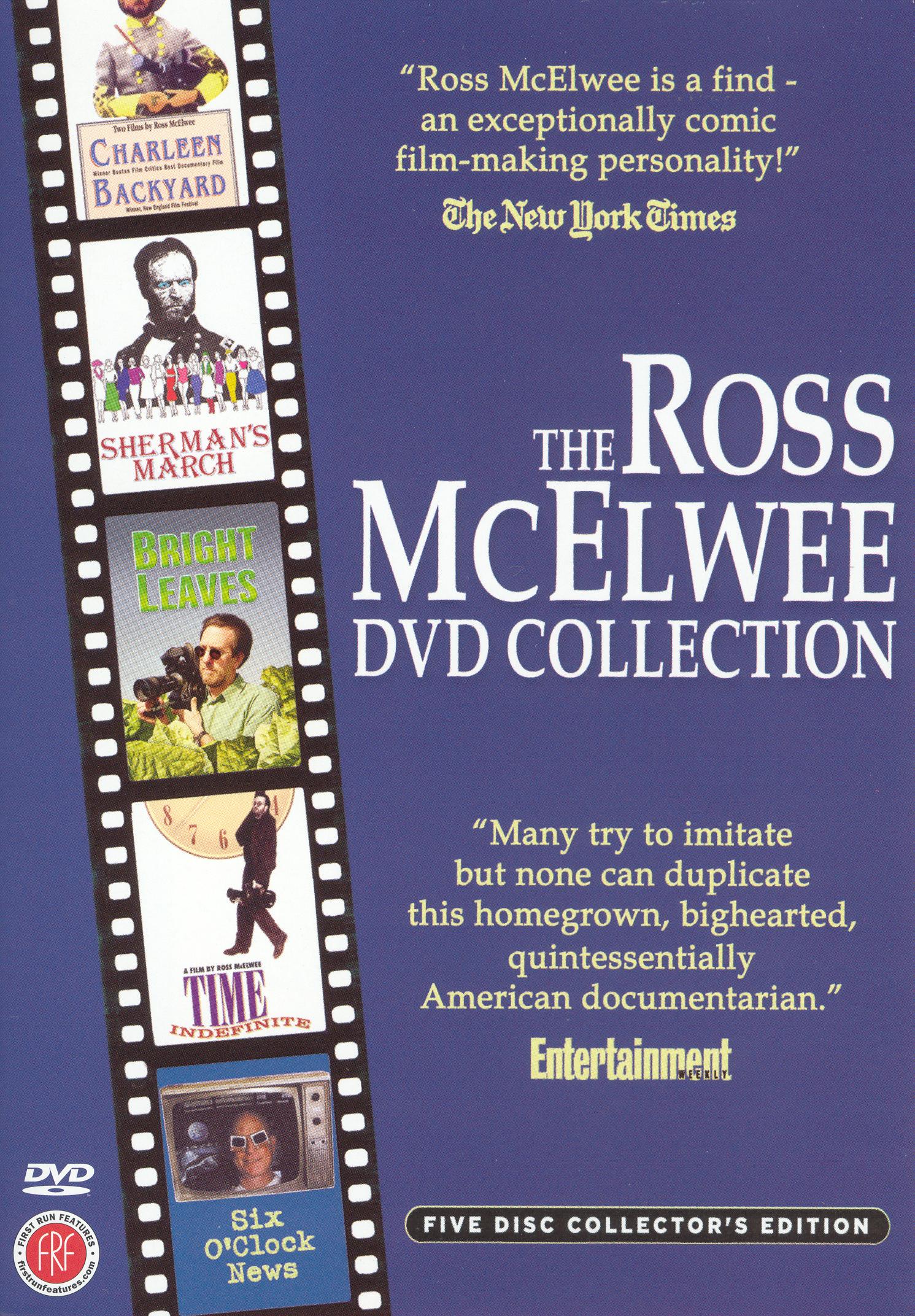 In a career that has spanned nearly 30 years, Ross McElwee’s documentaries have cast a humane light on his friends, family, and their collective Southern roots. In 1984’s Backyard, an alternately melancholic and sunny doodle about his father and their differing points-of-view, he observes how his camera has a tendency to malfunction whenever it attempts to record the older McElwee. This feeling of elusiveness underscores much of the director’s work, from Backyard to 2004’s Bright Leaves, which starts as a research project into an epic betrayal but spirals beautifully into a hundred different directions. The jokey McElwee’s analogies are sometimes strenuous, but the very personal war he evokes between his humanity and sense of privilege and notions of entitlement is a complex one. In this and earlier films, you get a sense he records the world as a means of regaining lost time and summoning the spirits that keep calling him back to the South. Hope similarly springs eternal through every frame of 1994’s Time Indefinite, a charming tapestry of home movies bursting at the seams with metaphysical narration and touching anecdotes that profoundly apply to all our lives. Less successful is Six O’Clock News, which has McElwee intertwining his commentary on the sensationalism of the evening news with clips from his private life. For all its philosophical nuances, the project is compromised by its superior tone, with McElwee incredulously pondering if the disasters that befall others could ever happen to him, implying that his style of filmmaking is better than the aesthetic employed by the producers of the evening news. It is, of course, but you may wonder what happened to his humility. Charleen Swansea, a supporting player in this and other films by the director, gets the 1980 doc Charleen all to herself. Focusing on the woman’s vibrant passion for music and teaching, McElwee at once cherishes her eccentric, spit-fire personality and illuminates her compassion to make a difference in the lives of her students, most effectively during a visit to her mother’s home where his friend elucidates her generous and revealing teaching methods for a group of housewives. But it’s the monumental Sherman’s March that remains McElwee’s greatest triumph, in which he ingeniously parallels the legacy of General William Tecumseh Sherman’s bloody march through the South during the height of the Civil War with his own march through the same region looking for romantic and sexual fulfillment. A purveyor of American dreams whose wit is surpassed only by his uncanny knack for observation, the self-effacing McElwee is very much the Mark Twain of documentary filmmakers.

First Run’s extant discs of Bright Leaves and Sherman’s March have essentially been taken out of their single-disc containers and plopped into this five-disc DVD edition, where it joins Charleen and Backyard on one disc and Time Indefinite and Six O’Clock News on their own individual ones. In spite of having to pump up the volume on my DVD system to experience the full aural experience of each disc, the stereo tracks are surprisingly clean (curiously, it’s the newest film, Bright Leaves, that fares worst). Image-wise: The older the production, the easier it is to forgive the dirt and specks littered across its surface, but no amount of grime can diffuse the magic of these films.

The respective extras contained on the original DVD releases of Bright Leaves and Sherman’s March carry over to this set, and as such there’s no excuse for you to keep those single editions. As for the extras unique to this set, they’ve all been isolated to the first disc alongside the 59-minute Charleen and 40-minute Backyard (note: both films have been given the wrong production date on the set’s back cover): episode 42 of John Pierson’s Split Screen series titled “Ross McElwee 101”; additional scenes from Bright Leaves and Sherman’s March; a short titled “Patients” in which McElwee evokes the memory of his doctor father vicariously through interviews with some of his patients; and a Bright Leaves trailer and follow-up with some of the film’s smokers.

In reconnecting us with the past, Ross McElwee asks us to reconnect with our human spirit.