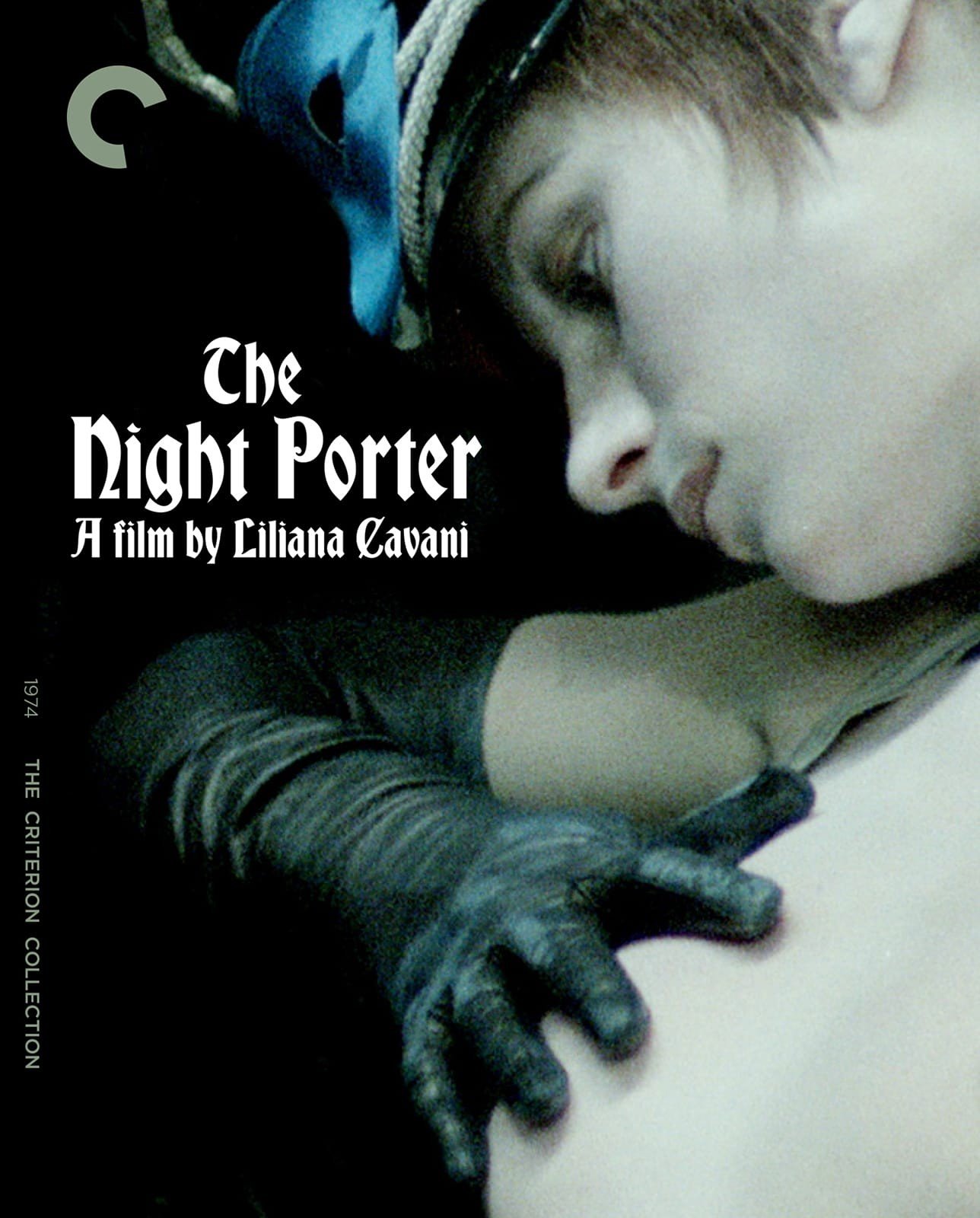 Liliana Cavani’s The Night Porter is a psychosexual nightmare that entwines not only the sadomasochistic relationship between ex-SS officer Max (Dirk Bogarde) and concentration camp survivor Lucia (Charlotte Rampling), but also the equally impossible reconciliation of a present beholden to historical catastrophes past. Cavani understands these contradictions through a narrative template that seamlessly cuts between two time periods, defined primarily through a color scheme that attributes a sickly green, monochromatic tint to Lucia’s days spent as both Holocaust prisoner and sexual captive, with a much cleaner, brighter present where the sins of unthinkable, state-sanctioned violence are being perpetually covered up. Max exchanges glances with Lucia while at an opera in 1957 Vienna, while Lucia’s husband, an American conductor, obliviously mandates the very cultural institutions that continue to enslave his psychically traumatized wife. Classical music both invigorates and rekindles Lucia’s tortured passions, while precipitating a continued desire to be at the mercy of Max’s still unchecked power play.

Music bridges past and present between scenes of the couple’s sexual relationship, but Cavani also uses the device to suggest once-communal pleasures that must now go into hiding, meant only for private consumption. Such is the dynamic between Max and Bert (Amedeo Amodio), who performs a private dance under the glare of a single spotlight, only instead of a stage, he’s in a dark room of the hotel where Max gains current employment. Cavani uses this early evocation in a prolonged flashback with Bert dancing for a much larger group of SS officers, a scene later paralleled when Lucia performs a similar, if more humiliating, song and dance, wearing nothing but suspenders, with her breasts exposed. Max controls the light source that illuminates Bert’s dance, but he also holds the Arriflex camera in the concentration camp years prior, shooting Lucia in close-up, naked, while the officers document each of the incoming prisoners. Max is pitiable only for his impotent, metonymic stand-in for institutional power, which manifests most explicitly throughout the film’s ongoing discussions of Nazi spies potentially hunting Max, trying to silence him for fear of his (and eventually Lucia’s) ability to testify against SS war crimes.

Cavani understands that large-scale historical catastrophe, dance, opera, and sadomasochistic sex possess a sensual potential for simultaneous cinematic representation, where more standard conceptions of middlebrow taste (and thus each element’s separation) are dispensed with completely. As such, The Night Porter foregrounds its lascivious narrative elements as deliberate guises for a stringent examination of documentary ethics, where scenes briefly showing Max’s control of a camera (made nearly identical to scenes from Michael Powell’s Peeping Tom) implicitly ask about a filmmaker’s historical license to construct reenactment and the form which such an envisioning must take.

By having the lovers reunite at a reimagining of Mozart’s Die Zauberflote, Cavani parallels instances of performance, so that an opera as a means for bourgeois enjoyment is made just as, if not more perverse than Bert’s now-private dance for Max. All of this pertains to historical specificity for Cavani, whose understanding of various character actions is dependent on their expression in time and place. In other words, the staging of spectacle, whether on celluloid, in the theater, or in private quarters, is reduced to different forms of cultural ritual, where significance is determined exclusively through whose eyes are allowed to view it. Perversity becomes a matter of cultural determination, though Cavani suggests throughout the film that there are only superficial boundaries allowing certain performances over others. Thus, Cavani treats the flashback to Bert’s dance for SS officers with far more affective energy than the new Mozart opera, which is barely glimpsed in the film and serves only the superficial cultural purpose of satiating class-based desires.

The film’s tragedy, then, isn’t for the ultimately slain lovers, but solely for Lucia, whose only exertion of agency takes shape in subjective flashbacks, since she’s bound to continually reenact her imprisonment, one of the film’s several instances of the return of the repressed. That’s certainly not the case for Max, whose dalliances with hotel resident Countess Stein (Isa Miranda) hinge upon a similar form of exploitation he exerts with Lucia. Max controls the light and the night, as it were, lording over the hotel while others sleep. Max’s power and vision are extended to the technology he can man and, thus, utilize in order to attain control.

Cavani’s film is a most scathing rejoinder to this proposition, in that Max’s reign is brought to an end through his on-screen death. Yet his slaying must also mean Lucia’s, given her significantly paralyzed status under Max’s sanctioned rule. Late in the film, Max asks of the Countess: “Insane or sane. Who’s to judge?” Cavani’s answer is entirely embedded within The Night Porter’s devastatingly pointed assertion that thoroughly echoes, but brazenly challenges, Karl Marx’s famous proclamation that “the ideas of the ruling class are in every epoch the ruling ideas.” We might now say that for Cavani, the institution of cinema allows her ideas to become the ruling ideas, but only so long as her flicker of images is given purchase within the exhibition space.

Consider the Criterion Collection’s new Blu-ray of The Night Porter the film’s definitive home-video transfer, since it’s an enormous improvement over the company’s previous, non-anamorphic DVD and almost perfect in every conceivable way. Colors are saturated and evocative throughout, with grain remaining consistently present. In particular, flashbacks to the concentration camps reveal Cavani’s incredible eye for shifting aesthetics between time periods and Criterion’s work here, aside from a few visible specs and minor tears, has comprehensively overhauled the film. Likewise, the film’s music is surprisingly boisterous for the mono mix, especially in the opera and dance sequences, heightening the film’s intensified sense of entwined cultural and sexual passions.

All of the extras are new, since the previous DVD came with absolutely nothing by way of supplements. While a considerable corrective, Criterion disappoints with too little socio-historical context for the film’s controversial release and subsequent significance. Liliana Cavani provides a new interview, which runs a slim eight minutes, in which she explains the advantages of an Arriflex camera, working with Bogarde and Rampling, and outrage from the Catholic church over the film’s sex scenes. Furthermore, Cavani discusses her use of color at various points in the film and reasons why the film avoids examining Jewish-specific aspects of the concentration camps. More essential, however, is Cavani’s 1965 documentary Women of the Resistance, which was made for RAI television. Cavani’s style here is a fairly straightforward, direct-cinema approach to interviews with subjects detailing their experiences in the camps, though the filmmaker uses pieces of classical music, played over still images of the women, which seem to foreshadow her contemptuous use of Mozart in The Night Porter.

The Criterion Collection’s new 2K transfer of Liliana Cavani’s The Night Porter is a pristine offering of a film that devastates through its shockingly precise attunement to the lingering traumas of human-borne catastrophe.