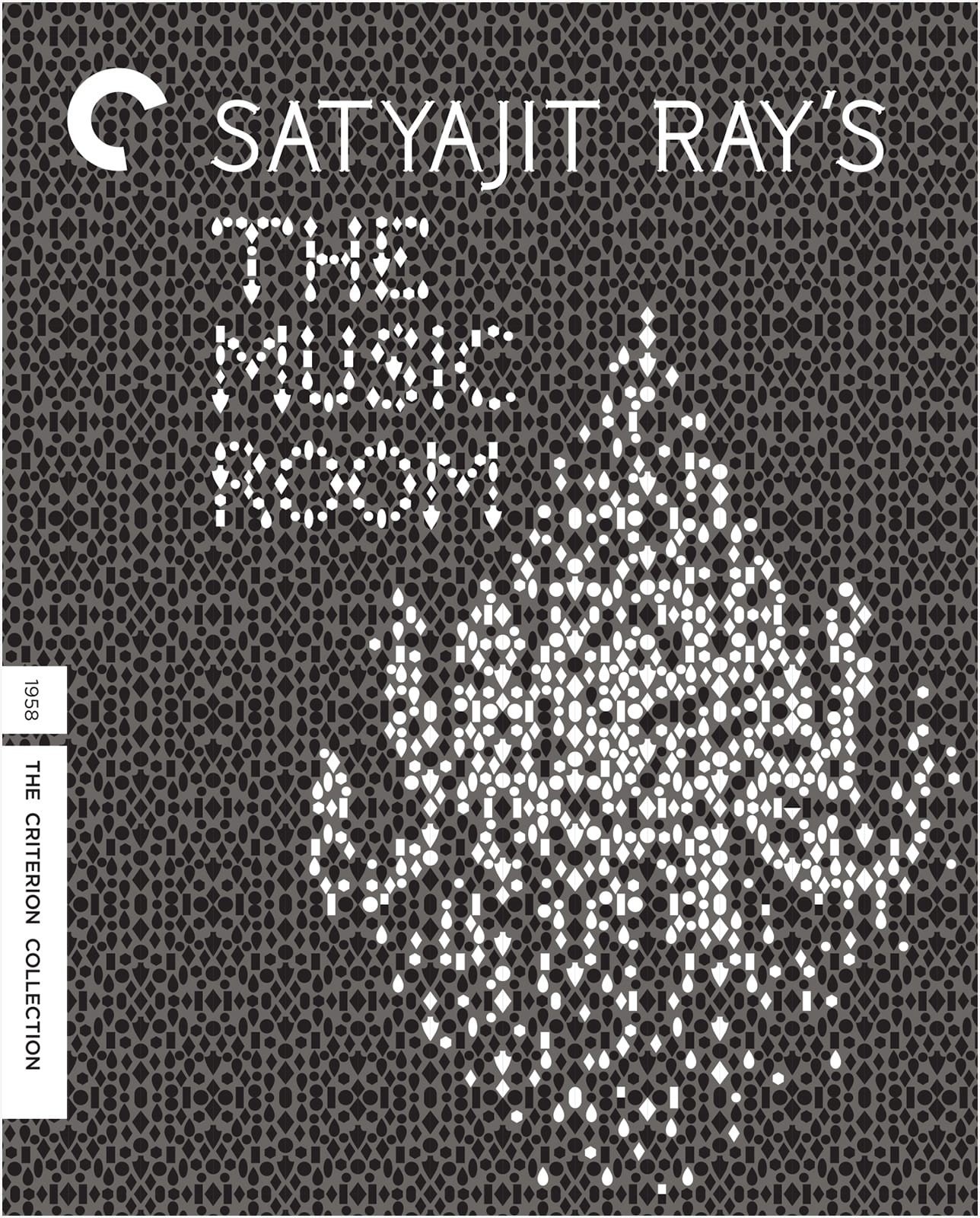 The opulent chandelier swinging from the rafters in Satyajit Ray’s The Music Room is a hypnotizing pendulum convincing a dying feudalism its power and influence still hold weight. Like every symbolic gravestone in Ray’s haunting masterpiece, the glistening rows of candlelight represent the downfall of Biswambhar Roy (Chhabi Biswas), an arrogant, self-entitled landowner obsessed with lording over a rural community quickly entering the modern age. Family and practical economics play second fiddle to Roy’s pride and selfishness, and despite dwindling funds, he hosts expensive ceremonies for the ruling elite in an ornate jalsaghar (music room). Roy’s chamber of decadence is not only a façade crafted to impress his army of onlookers, but also a weapon to destroy the building confidence of challengers, most notably the self-made businessman Mahim Ganguli (Gangapada Bose), who doesn’t have the advantage of royal blood. Pettiness defines this class war and manipulation is the main weapon of choice.

Physical and emotional suffocation are consistent thematic motifs throughout The Music Room, so it’s equally fascinating that the film opens in the fresh Bengali air atop Roy’s epic palace. Draped across a lounge chair like a firmly rooted tree, Roy looks off into the distance, his lethargy exponentially growing with each laborious breath. He suddenly shifts when a hint of music enters his headspace, a ghostly reminder of something from his past. From here the film flashes back to richer times, with Roy firmly entrenched as a leader in the community preparing for his son Bireswar’s (Pinaki Sen Gupta) important initiation ceremony. Despite his wife Mahamaya’s (Padma Devi) reluctance, Roy spends freely on the big night, later justifying the excess by saying, “I have to spend, woman…it’s the wick to keep the family flame burning.” When she resists, Roy goes on to say, “The burden of my virtues is not negligible.” Delusional moments like these pockmark Roy’s inevitable downfall, even when the absurdities of his actions are evident to everyone else.

Roy’s obsession with appearance and social standing grows more extreme, and eventually this tunnel vision turns costly. During an attempt to undermine a competing ceremony thrown by Ganguli, Roy forces his wife and son to return early from a trip abroad only to have them swept away in a cyclone. The sight of Roy carrying Bireswar’s lifeless body into the silent palace is filmed from afar, as if Ray wanted to give his protagonist a moment alone to grieve. But the death of Roy’s family only momentarily stunts his destructive entitlement. Soon his preoccupation with surfaces bottoms out into a free fall toward madness. Ray creeps alongside Roy with subtle tracking shots, pacing the camera to mirror the point of view of his devoted servants watching their master slowly go insane. All corners of the music room begin to erode, showing the extent of Roy’s psychosis; the dusty furniture, a dull mirror, and those same chandeliers covered in cobwebs all speak volumes. His physical world, once a polished and proud emblem of ancestral heritage, quickly becomes a tomb.

The Music Room juxtaposes Roy’s tormented experience with the changing tides of the world around him. His hatred of Ganguli, a brash and vulgar personification of new money and modernization, is a defense mechanism based on centuries of class judgment. When the loud generator engine from Ganguli’s nearby house interrupts Roy’s session with a musician, the annoyance is not only a personal affront, but also a social insult. The same goes for when his crass neighbor drives a car to Roy’s house as opposed to riding an elephant, a custom once respected by the elder elite. But Ray doesn’t use these narrative clues as definitive reasoning for Roy’s stubborn and ultimately self-destructive attraction to the music room. Ambiguity permeates throughout, and there’s something deeply disturbing about the relationship between man and music in the film, a transcendent connection that blinds Roy to both the obvious dangers of his actions and the effect they have on others. Harsh shadows dominate the hallways of the palace, and their striking patterns seem to beckon music from the deafening ambient silence.

Ray’s use of musical score plays a large role in documenting each character’s emotional dilemma. The three different lengthy performances set in the music room are strategically placed to highlight Roy’s slide into isolation, yet strikingly beautiful as singular artifacts. Shot in long takes the track in then out of the action, conveying both the art of the musician and the entrancement of the audience, these sublime cinematic moments create a specific duality between perception and reality. Ray separates the beauty of the music from his character’s bastardization of its presentation, the poetry from the passive-aggression. Yet both aspects are inherently tied to Roy’s dependence on feudal beliefs trying to retain power, further complicating the man’s fall from grace.

Fully cementing the theme of symbolic foreshadowing initiated by the chandelier, The Music Room ends with a collective dim of the lights, sending a palace that was once so impressively illuminated into darkness. More shadows invade this prison-like space as Roy wanders the music room one last time admiring the blatant cracks of his former shell. Each frame is packed with remnants of disintegrating past, textured details of one man’s blind-eyed indulgence. Bits of music can still be heard, a last siren’s call for a character reveling in a personal green flash immediately before the sun sets on his life permanently. When the home and the world finally clash in dramatic fashion during the film’s climax, all that’s left are musical echoes dancing on the wind, reminders of a rotting nostalgia as deceptive as it is poetic. But what beautiful lies they tell.

The Blu-ray debut of Satyajit Ray’s The Music Room is a major event for cinephiles. Initially restored last year by Martin Scorsese’s the Film Foundation and screened at festivals throughout the United States, Ray’s film has been given a stunning hi-def transfer by the Criterion Collection. Since The Music Room is a cinematic barrage of textures and surfaces, the visual details of each frame are essential to its overall impact as a character study. The different layers of Subrata Mitra’s crisp black-and-white cinematography are given a proper scale and dimension, and the black levels of each night sequence are wonderfully balanced. Of course, the music and sound design play an essential role in the film, and the mono soundtrack is uncompressed and cleaned up to heighten the gravity of these audio cues. Overall, this is as good as The Music Room will look for home-viewing purposes.

Shyam Benegal’s 1984 documentary Satyajit Ray might be the definitive look at the director’s origins, influences, and obsessions. This mammoth 131-minute exploration of all things Ray is the perfect complement to The Music Room, mixing lengthy interviews with the director and exclusive on-set footage from 1982’s The Home and the World. Ray has a calm, worldly demeanor that exudes a vast knowledge of art, cinema, and the process of storytelling. A lovely 15-minute appreciation of The Music Room by Mira Nair is also included, who confesses she never screened a Ray film until she went to Harvard for university despite growing up in India. Ry biographer Andrew Robinson brings even more personal perspective about Ray the man in his 17-minute analysis of The Music Room and the director’s lasting influence on filmmaking. Less inspiring is a dated 10-minute 1981 roundtable discussion originally aired for French TV where director Claude Sautet and two smug French journalists talk with Ray about his career. Finally, critic Phillip Kemp provides a dense essay on the film for the disc booklet, which also includes 1963 essay by Ray on the film’s location and a 1981 interview with the director about the film’s exquisite music.

The feudal world is a crippling minefield of delusion and pride in Satyajit Ray’s The Music Room, which finally gets a long-awaited and vibrant release on Blu-ray from the Criterion Collection.

Blu-ray Review: Satyajit Ray’s The Hero on the Criterion Collection