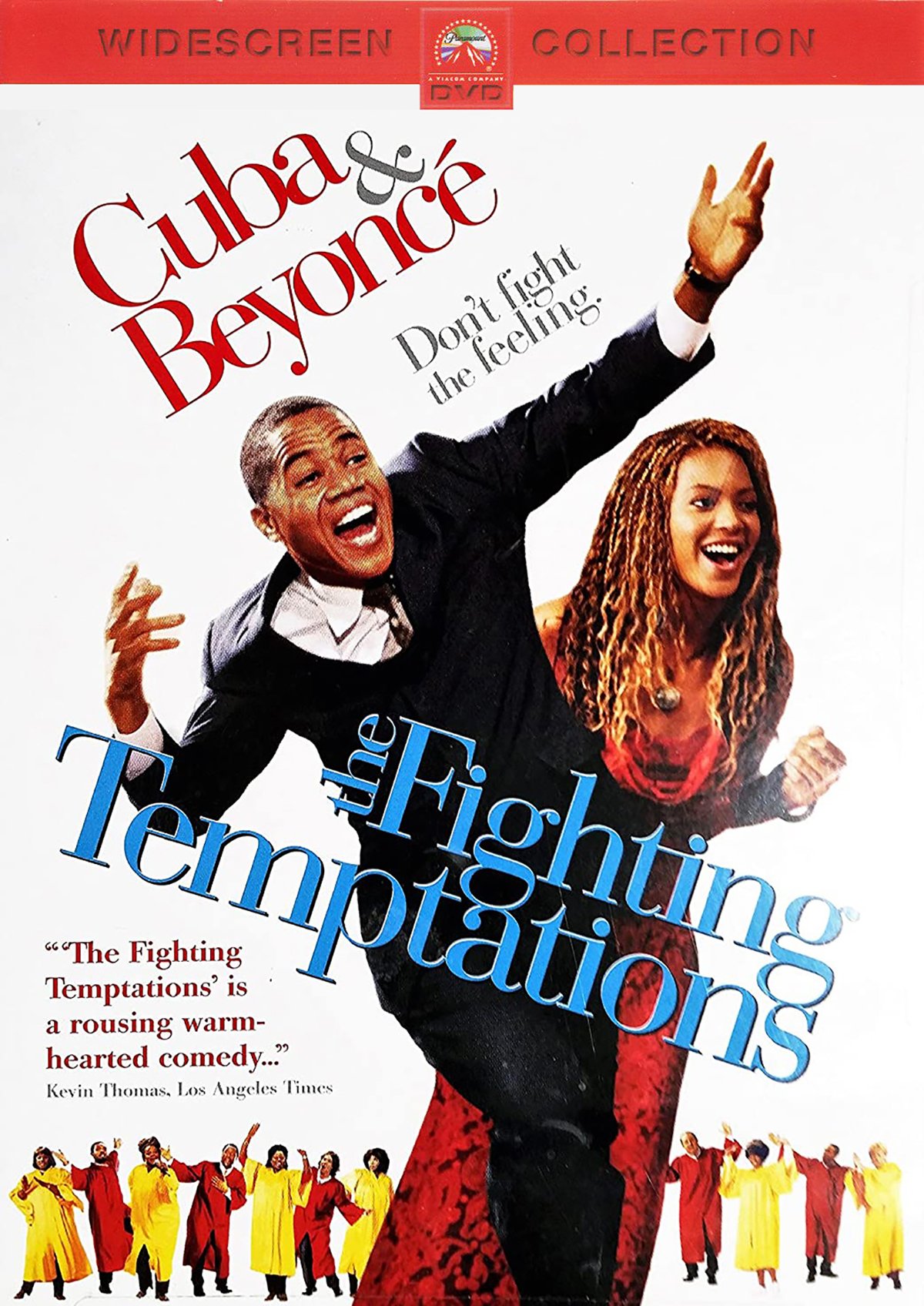 Jonathan Lynn’s The Fighting Temptations would have you believe that the chances of a black man becoming a corporate bastard increase considerably if his mama was kicked out of a God-fearing Christian establishment for wanting to sing secular music. When his aunt dies, advertising executive and pathological liar Darrin Hill (Cuba Gooding Jr.) travels to his hometown of Monte Carlo. In anticipation of a $150,000 stock payout, he tries to mold the rough-around-the-edges local choir into the megastars who will take the town straight into the annual Gospel Explosion. Along the way, Darrin repeatedly butts heads with hypocritical church lady Paulina (LaTanya Richardson) before realizing the meaning of trust and snagging “Southern booty” in the single mother played by Beyoncé Knowles. Lynn’s nondescript direction unfortunately has a way of exaggerating the film’s TV-grade material (screenwriters Elizabeth Hunter and Saladin K. Patterson worked for “ER” and “Frasier,” respectively). This isn’t a problem for the most part except many of the film’s knockout musical numbers (namely Beyoncé’s rendition of Peggy Lee’s “Fever” and the soul-meets-rap “To Da River” slam session) deserve more of an aesthetic punch. And if something feels perpetually amiss throughout the film’s two-hour-plus running time, look specifically to Gooding’s shrill evocation of a soulless corporate monster with foot-in-mouth disease and the emotional gesticulations that come over him whenever he leads the Monte Carlo church’s motley choir group in song and dance. There’s lots of talk about “selling out” and it’s a small miracle that the film itself is never as hypocritical as the products Darrin targets for his advertising agency to poor and impressionable blacks in small towns like Monte Carlo. The supporting performers largely consist of catty black women (and one ex-“Golden Girl”) rolling their eyes at each other. This gets old real quick and, save for a series of pratfalls at Aunt Sally’s funeral, the film seems more concerned with getting to the next musical number than broaching the Southern comforts and hypocrisies of its characters. (Then again, chances are you weren’t expecting The Apostle.) The film walks an uncertain line between satire and realism (someone says “knee-high to a grasshopper” without a hint of irony), but it noticeably comes alive during its many musical numbers. Too bad the film is never as soulful as the songs the characters sing.

The upside of having little-to-no supplemental materials on a disc is that the image itself is less likely to suffer from compression artifacts. Edge enhancement is consistent throughout but non-intrusive-blacks are deep and colors are remarkably warm. Not surprisingly, the 5.1 surround track is more rewarding, if only because the soundtrack’s producers put more care into the film’s music than the filmmakers put into its images.

The Fighting Temptations performed well enough at the box office to deserve more than this. No commentary track. No making-of featurette. Only eight extended musical numbers (why bother when you can just buy the film’s soundtrack?), seven extended scenes and trailers for The Fighting Temptations, Against the Ropes, Timeline, School of Rock, Dickie Roberts: Former Child Star and a BET advertisement.

Very light in the extras department, this Fighting Temptations DVD is purely for fans of Beyoncé’s booty and you-know-who’s latest shrill performance.