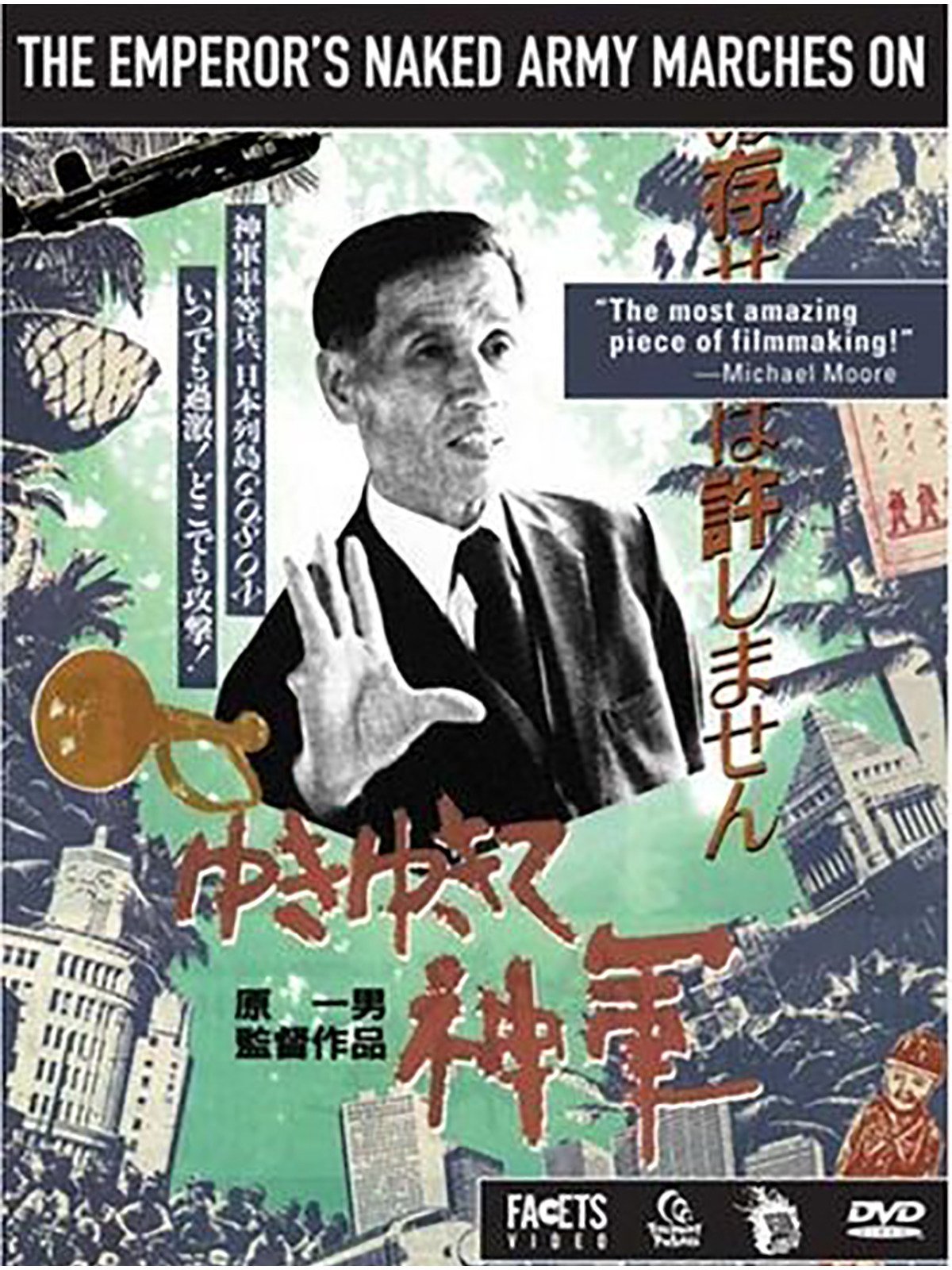 Atall but gaunt old Japanese man strolls up to the entryway of another old Japanese gentleman. He apologizes for not calling in advance and begs forgiveness for dropping in unexpectedly. The two seat themselves. The unwitting host’s wife and granddaughter pop their heads in to tell the strange visitor to make himself feel at home. The man unhesitatingly disabuses his host of his sense of integrity, calling him a coward, a liar, and a murderer. The stranger is Kenzo Okuzaki, and in this and all other episodes in The Emperor’s Naked Army Marches On (directed by Kazuo Hara, with developmental assistance by Shôhei Imamura) the stranger is one of a number of enfeebled WWII veterans who Okuzaki accuses of murder, for the benefit of both his own and Hara’s camera crew’s satisfaction. According to Okuzaki, his ambushed interviewees orchestrated the execution of two members of his unit during the wasted, waning period of Japan’s New Guinea campaign. They were, Okuzaki speculates, targeted because of their objections to the officers’ allowance and possible partaking of cannibalism.

While it’s true that Okuzaki fanatically holds Emperor Hirohito—who he once slinged pebbles at and forged pornographic images of—responsible above all others for every last atrocity committed during the war, he nevertheless has made it his life’s mission to goad, intimidate, and even beat admission of guilt out of the officers he claims were responsible for the military-sanctioned killing of his innocent comrades in arms. At first he enlists the assistance of the killed soldiers’ relatives for empathetic credibility, but when they drop out of the picture unceremoniously, it’s hard not to wonder whether even they were uncomfortable siding with a man whose sanity is never assured, even when held against an ex-officer’s rational explication of such terminology as “pigs” and “white and dark meat.” Undeterred, Okuzaki simply forces his wife to act as a victim’s sister, telling her not to speak but simply sit there (a role she seems distressingly apt at portraying, on and off “stage”).

It doesn’t take long before Okuzaki is revealed to be an unstable counterpart to the nation’s right-wing fanatics, who still insist Japan should’ve never surrendered; he collects testimony of the war’s atrocities so that all future wars can be averted, and he’ll thrash you senseless if you don’t give him that potentially peace-making information. A trend-setting example of firebrand verité crossbred with muckraking journalism, the film’s confrontational tension (the ingredient that most likely incited Michael Moore’s endorsement blurbed on Facets’s DVD cover…well, that and the shared affinity Moore and Okuzaki have for literalized, sweeping blacks and whites in lieu of “the unanswered question”) stems not only from Okuzaki’s open abuse of his interview subjects, but also from Hara’s own struggle to remain an impartial observer. It’s no easy task when the subject of choice wills everyone around him to reevaluate their own existence by his warped standards, but it’s telling that his obstinacy registers, even with those who are in the middle of being stomped on by Okuzaki. “You just film it and do nothing?” one victim questions.

Facets Video is to be praised for releasing the DVD of The Emperor’s Naked Army Marches On with a promising banner that reads “The Films of Kazuo Hara” stamped across the cover, with three more documentaries from the relatively obscure director promised to come. The disc’s audio-visual quality is far less promising, but I’m willing to accept that this was never a reference-quality undertaking, and that many scenes were shot by a two- or three-man crew. Lighting is an issue, and the image is frequently colorless. The print is littered with artifacts, and the subtitles are frequently confusing (less a problem with the translation and more a question of who, exactly, is saying what). On the positive side, I sensed less combing than I’ve seen in previous VHS-to-DVD Facets transfers.

Nothing on the disc other than the option to turn the subtitles on and off. However, there is a thorough and informative booklet by scholars Jeff Ruoff and Kenneth Ruoff included.

While supplemental pictures would’ve been nice, the only thing I really wish had been included with this DVD is the pornographic flyer Okuzaki made of Hirohito.