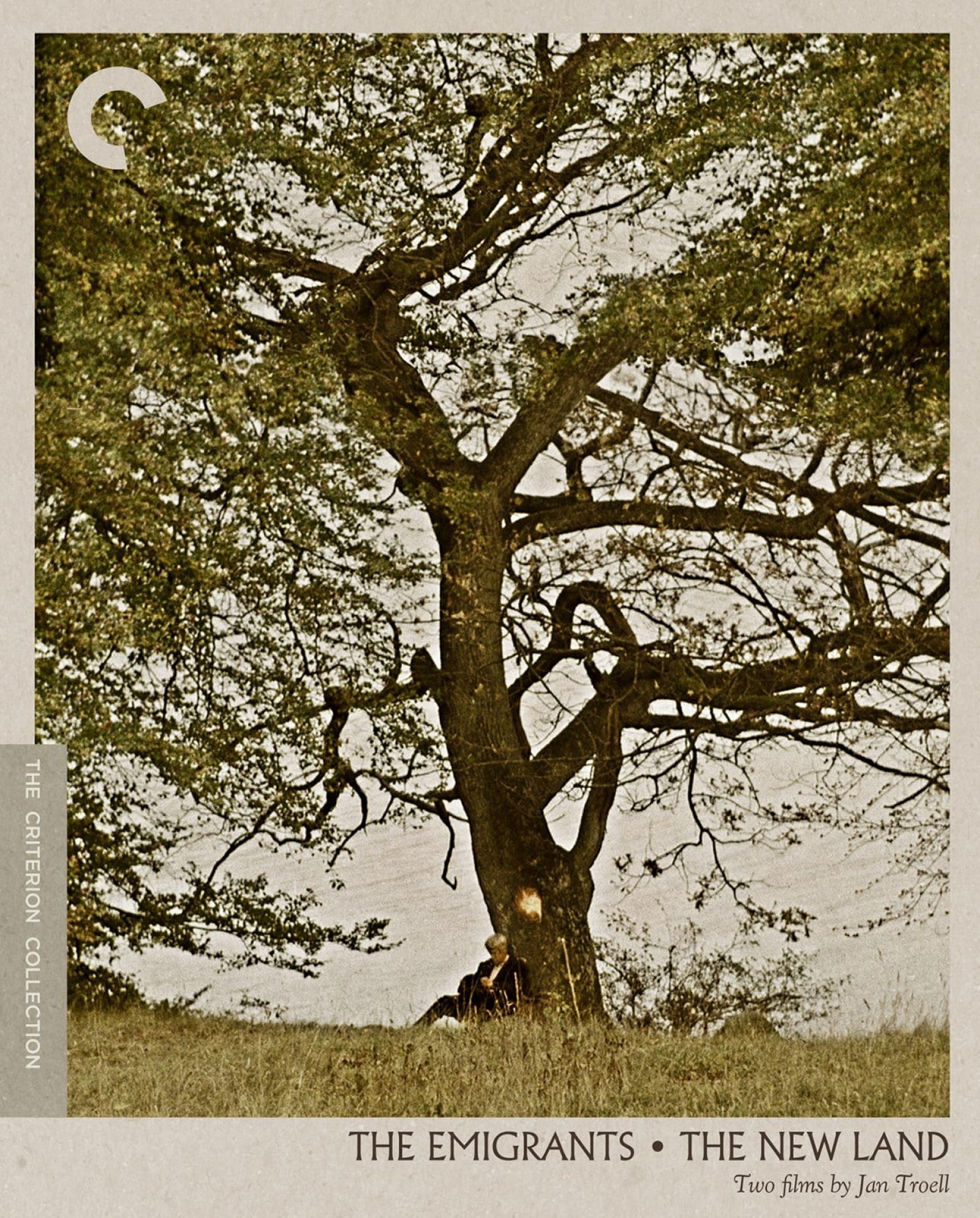 “We’re the best of friends.” That’s the endearment that a married couple, played by Max von Sydow and Liv Ullmann, whisper to one another in Jan Troell’s The Emigrant. For anyone familiar with von Sydow and Ullmann’s collaborations in the filmography of Ingmar Bergman, it’s a deeply moving moment as much for its narrative context—Ullmann’s character is suffering from seasickness aboard a ship to America as a storm beats against her cabin and fellow peasants wail outside the frame—as for its metatextual implications. The two actors sparred, trembled, and agonized together on screen so routinely under the gaze of the famously penetrating Swede that a comparatively blissful moment almost registers as a glitch, even as it doubles as a validation of the pair’s fruitful working relationship. It’s hard to imagine any fan emerging from the scene, sensitively prolonged by Troell in intimate close-ups, with dry eyes.

Though weighted with a world-weary bleakness not unlike that found in Bergman’s work, The Emigrants and its follow-up, The New Land, set out to test and ultimately confirm the veracity of that abovementioned salute to mutual affection. Through the films, which chart the voyage to, settlement in, and decades-long toil in America of a cluster of economically fragile and committedly Catholic Swedish peasants, Karl-Oscar Nilsson (von Sydow) and his wife, Kristina (Ullmann), weather miserable farming seasons, perpetually dwindling resources, seasickness, lice, pregnancies, deaths of loved ones, and threats from outside invaders. That they repeatedly bend without breaking, spending their tragic final frames together with fingers interlocked, is a testament to the fact that, in spite of an approach that’s fraught with an almost cruel pattern of engineered hardship, Troell’s worldview is at its base one of blinkered optimism.

In any case, it’s a root positivity that doesn’t show easily. The Emigrants’s lengthy opening act is something like watching an infant fiddle with a box of matches. The lead-up to the ship’s departure finds the Nilssons and their faithful neighbors—among them a local pastor, Danjel (Allan Edwall), and the unhappily married Jonas Petter (Hans Alfredson)—exposing an untested ignorance of the adversities of sailing and the realities of North American life, with diseases like scurvy or cholera understood as foggily as secondhand speculations of prosperous living overseas. One can practically count the minutes before the whiplash of hard reality, and when the final pre-intermission shot shows Karl-Oscar’s brother, Robert (Eddie Axberg), and his fellow farmhand, Arvid (Pierre Lindstedt), grinning and waving at an ominously incoming vessel, the whiff of schadenfreude is more potent than ever.

Troell, however, proves a far more sensitive director when observing the fallout of his melodramatic booby traps than when planting them. The seemingly endless sequence aboard the ship, shot with a darting handheld camera (manned by Troell himself) and a claustrophobia-inducing lack of establishing shots, boasts a sustained evocation of the hellishness of this voyage, one in which rodents, unfamiliar rations, and foul bodily emissions shake the very foundation of the Nilssons’ hitherto orderly existence. Also evident is Troell’s gift for revealing nuances of character in ways that don’t feel telegraphed by the scripting. Most graceful is his handling of a verboten erotic chemistry between Karl-Oscar and Ulrika (Monika Zetterlund), a volatile spinster with a head of crazy frizz. Passion builds solely through longer-than-average eye locks here and there, and lingers in the air just pungently enough that Ulrika’s eventual lashing out at Karl-Oscar for no good reason registers unmistakably as a release of bottled-up sexual frustration.

Even more tacitly palpable, and indeed more thematically central to Troell’s entire project, is the slow erosion of religious certainty among the clan, never expressed more hauntingly than in a glimpse of a shell-shocked Danjel frozen in his quarters following the marine burial of his newly deceased wife. Here, his constant deflection of responsibility to the lord suddenly comes across less as a pitiful outgrowth of worldly inexperience than a poignant display of vulnerability.

It’s when the families finally settle on a fertile crop of lakefront land in Minnesota, however, that fissures really start to develop between the earthly and the divine, as well as between the various emigrants. The supposedly uncultivated Midwestern property proves still to be home to Native American tribes, while new monetary factors create their own unexpected pressures (such as the language barriers that pose challenges at a local market). Soon enough the complications of surviving outweigh the duty to uphold a rigid Catholicism.

The Emigrants’s intimate, chronological verisimilitude is traded for a disquietingly elliptical passage of time in The New Land, and with this development comes a shift in directorial focus. Troell starts penetrating the observational distance established in The Emigrants with menacing flashbacks and daydreams, compressing entire seasons into single fleeting shots where the earlier film dwelled on the various hardships of each weather pattern, and experimenting with modernist gambits like an epileptic single-frame montage or the scoring of an entire sequence to a Toru Takemitsu-like minimalist composition. Where the first film triumphed in its specificity, the second strains to link the story of one small group of Swedes to larger historical truths of immigration; it’s difficult to otherwise justify a wearisome demonstration of Robert’s failed effort to join the California gold rush.

Even as this saga’s reach periodically exceeds its grasp, though, one struggles to recall a more immersive dramatization of this particular historical experience. Troell’s politics are occasionally backward: Ulrika is unambiguously regarded as a shrew whose hysteria is tamed once she’s wedded to a good Christian gentlemen, and though a scene depicting Sioux hangings is treated with respectable gravity, other appearances by Native Americans are shot through the same aura of xenophobic angst felt by the Swedish colonizers. But the film also contains a heartening account of the Nilsson family collectively transitioning from the restrictive influence of dogma to a more flexible understanding of codependence. It’s a tale with as many clashing realities as there are multi-dimensional characters, and it stands in all its grandeur as Troell’s defining accomplishment.

Working as both director and cinematographer, Jan Troell used a lightweight camera and fast film stock on The Emigrants and The New Land to allow himself to be sensitive to the vagaries of the moment. The resulting image is shaggy in its grain structure and its abrupt changes in lighting condition, but the Criterion Collection preserves its shimmer, making sure that yellow dandelions or smears of blood pop out from an otherwise muted palette. Even more detailed is the soundtrack, which, though audaciously quiet in spots, always remains a presence. Chirping birds in a Swedish countryside are as crystal clear as the moans and shrieks inside a boat full of nauseated passengers.

Liv Ullmann speaks in two different interviews on the package—one from 2005 and one from 2015. That she refers to The Emigrants and The New Land as her happiest working memories is a testament to the importance of her collaboration with Troell, whom she affectionately describes as an “artist.” Bergman, on the other hand, gets the designation of “genius,” and she’s candid in clarifying both their creative differences and their areas of crossover. Less potent in his praise is theater and film critic John Simon, who contributes a flowery introduction, while Peter Cowie, Criterion’s go-to expert on Swedish cinema, is his usual dutifully professional self in an in-depth interview with Troell. “To Paint with Pictures,” an hour-long archival talking-heads piece, is a tedious sit, but worth it for the behind-the-scenes glimpses of Troell at work with camera on shoulder, or of the studio artifice that created the illusion of an Atlantic storm. Terrence Rafferty contributes the liner notes, which neatly discuss emigration and marriage as analogous commitments.

Jan Troell’s The Emigrants and The New Land chart with impressionistic intimacy the turbulent path of a Swedish family from their native land to Minnesota. Not only the director’s finest moment, the films also offer a touching close study of the on-screen symbiosis of Max von Sydow and Liv Ullmann.