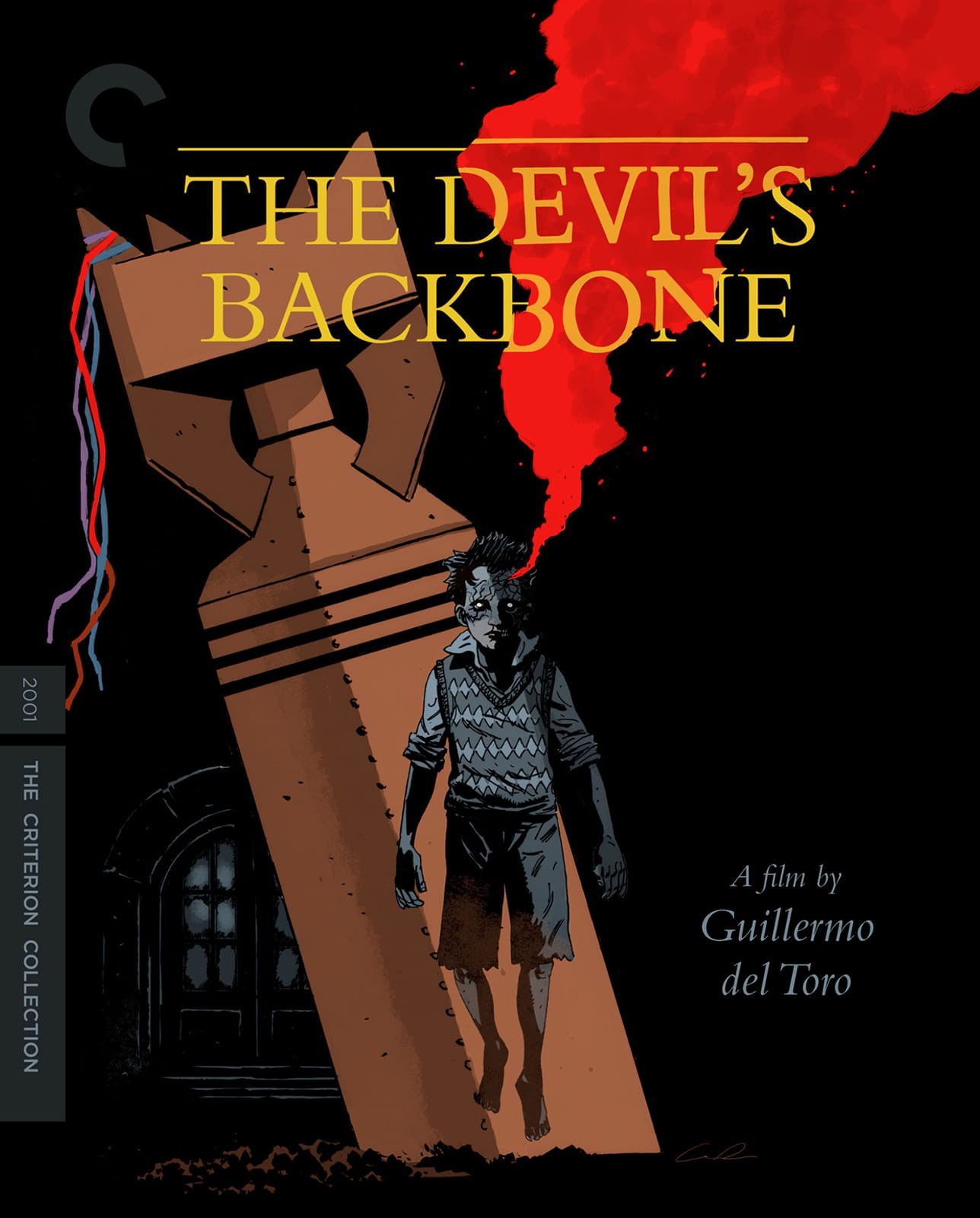 Guillermo del Toro’s The Devil’s Backbone is primarily about a place, a remote home for the orphans of the Spanish Civil War, run on a shoestring budget by Carmen (Marisa Paredes) and Casares (Federico Luppi), quiet but integral members of the resistance against General Franco and the Nationalists. It’s a home for the lost, an indisputable necessity in times of widespread violence, oppression, and chaos in Spain, but del Toro doesn’t bless this desolate refuge with any special sanctity. The lower depths of the facility are home to a ghost, the supernatural remnant of a young orphan named Santi (Junio Valverde) who was killed, but is thought to be simply missing.

Santi’s reckoning is spurred by the arrival of another orphan of the war, Carlos (Fernando Tielve), who comes to the home with a small box of toys and comic books, elements of imaginative escape that immediately draw attention from the other boys. It’s solely Carlos who strives to understand Santi, and eventually helps the ghost find something like closure, but del Toro shows a distinctly democratic sense of storytelling and endows even his most seemingly unforgivable characters with a rare humanity. An orphan himself, Jacinto (Eduardo Noriega), the home’s handyman and the film’s main antagonist, steals, maims, and kills, but in essence, he’s of the same cloth as Santi, a young, reckless boy stuck in time. The corrosive power of stasis, of having no realm of escape, has hardened Jacinto into a greedy, savage cynic, but del Toro never loses sight of the neglected, disappointed child he once was.

In comparison, Santi is quiet and focused, wanting only justice for his murder, but he’s as much a grand metaphor for the innocent “collateral damage” of war as he is a character. For del Toro, the fantastical is as much a shield from as an inevitable end product of such unchecked brutality and opportunism, and Santi is hardly his only vision of the uncanny. To help pay for food and other necessities, Casares sells bottles of rum infused with the remains of deformed fetuses, and in the middle of the home’s courtyard is a missile, dropped from a plane during the war, that never went off. The unifying element is the slow, often cyclical march of time, and though Pan’s Labyrinth offers wilder imagery, The Devil’s Backbone is just as piercing in its depiction of the psychological and physical wounds that war inflicts on the innocent.

One of the more invigorating elements of del Toro’s films is his insistence on treating children with respect, rarely, if ever, showing them as outright victims, and this tendency has never been more clearly expressed than here. Eventually, the boys, headed by Carlos and Jaime (Íñigo Garcés), become a kind of platoon of soldiers, fighting against Jacinto and his two goons, miniatures of Franco and his forces. The infighting between the boys is reminiscent of The Lord of the Flies, but del Toro is far less brutal in his thinking, and his profound empathy and romanticism give his supernatural tales a distinct swell of understanding, especially when it comes to adolescents. Figurative parents, Casares and Carmen endeavor not only to keep the boys alive, but to also keep them thinking freely and creatively.

Casares bookends the film with narration from beyond the grave, poetically musing on what exactly constitutes a ghost, and it’s an interesting point that many of his metaphors—insects in amber, a blurred photograph—become visual symbols as well. The entire film is dusted in orange-yellow light, as if submerged in amber, and it’s filled with decaying relics that become portents of new and very real dangers. In an early sequence, del Toro’s use of a rack of rusted scissors and knives is as clever and subtle a sign of his mastery as anything in Pan’s Labyrinth or the Hellboy films. In other words, the filmmaker makes the dead living again, but only in the eyes of those who have been orphaned or separated from their familial identities by the horrors of war, but who have yet to let it kill their spirit(s).

I don’t think the extent of the visual depth of Guillermo del Toro’s film hit me fully until I saw this transfer, especially in the basement scenes and one fantastic sequence involving a rack of aged scissors and sharp knives. Clarity is hugely improved since Sony’s two previous DVD releases of the film, and the colors, from the red mist seeping out of Santi’s head to the orange glow of the oxidized pool of water in the basement, are potent. Detail and texture are stunning, from the weather-worn brick, stone façades, and rotting wood of the orphanage to Carlo’s battered toy box. Black levels are excellent, and the level of grain is beautiful throughout. And though the film is less adventurous in terms of audio, the DTS-HD Master Audio track provides an immersive mix. Dialogue is crisp and clean out front, with wild sound, effects, and Javier Navarrete’s lovely score balanced nicely in the back.

There’s quite a lot of supplemental material to dig through here and most of it is surprisingly worthwhile. Del Toro is vigorously engaged in this commentary track, which originally appeared on the DVD release of the film. He speaks about influences (Mario Bava!), casting, production, and, of course, effects and makeup with a rare zeal, and he talks openly about his creative, political, and personal stakes in the film. The political angle is given further depth in the “War of Values” featurette and the origins of the project are given further attention in the “Spanish Gothic” featurette. Five featurettes, including the excellent “Summoning Spirits,” detail the design and production of the film, and there are a handful of features that allow you to compare original sketches and “thumbnails” with the completed results. The deleted scenes are unimportant but fun enough, especially with del Toro’s optional commentary. A trailer and an illustrated booklet featuring an appreciation from critic Mark Kermode are also included.

The violent political repression of General Franco’s ascent breeds horrors both real and supernatural in The Devil’s Backbone, and Criterion rightfully adorns this intoxicating ghost story with copious extras and a transfer befitting a new classic.