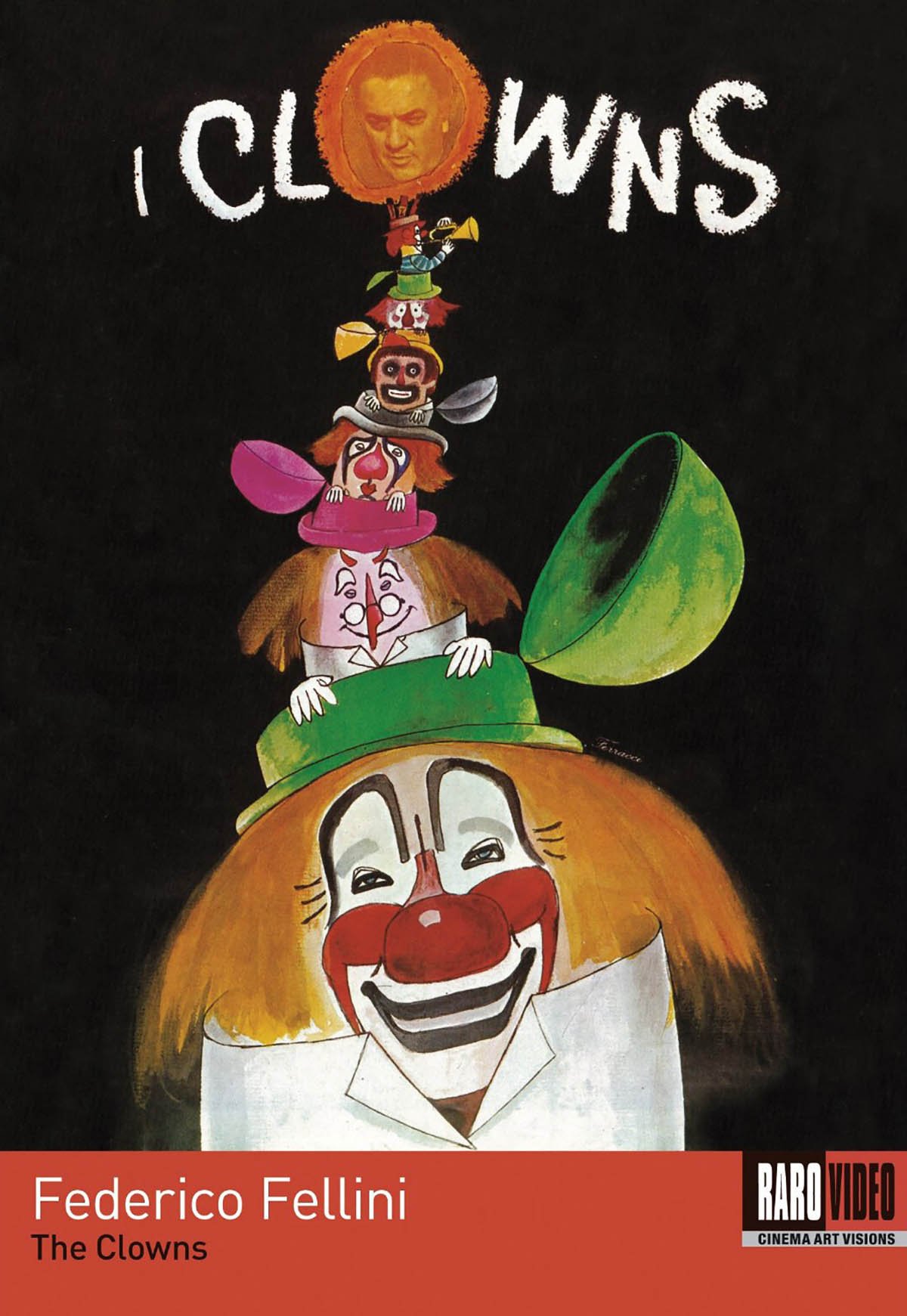 As Federico Fellini’s rare experiment with the documentary format, The Clowns stands out in his oeuvre as both an atypical formal experiment and a lavish filmic essay. Commissioned by Rai Television, Fellini was given carte blanche to do whatever he wanted, though he was encouraged to choose a subject that would best reflect his interests. According to his essay “A Journey Into the Shadow,” Fellini responded casually that perhaps he should do a documentary about the circus. His producers readily assented.

Though Fellini is a self-professed “born liar,” his account of The Clowns’s casual inception jibes with the project’s seemingly inconsequential role in Fellini’s filmography. Though never less than eye-catching, The Clowns is holistically a redundant statement of purpose for Fellini. Which is unfortunate as it, like many of his films, is viewed today because of the way we imagine it relates to his larger-than-life persona and not its individual subjects.

The Clowns begins with images that Fellini tells us in “A Journey Into the Shadow” were taken from his own personal experiences with the circus. A young boy wakes up to find a circus troupe outside of his window and watches as the tent is inflated before his eyes. The scene conveys what Fellini considered to be both the alien-ness and the familiarity of the circus. This scene is oddly similar to the mix of alarm and calm interest that accompanies the initial discovery of the crater in Invasion to Mars, where another child protagonist discovers aliens have crash-landed in his backyard. Composer and regular Fellini collaborator Nino Rota further contributes to that feeling of being made to feel uncomfortable in a familiar setting with fanfare that samples the theme from 8 ½. Fellini himself further adds to this sentiment with an Anita Ekberg cameo, though this time she’s not emerging from Rome’s Trevi Fountain but rather voguing in front of a tiger cage.

The Clowns’s thesis requires that paradoxical apprehensive calm as it centers on the pervasiveness of clowns in society and how they symbolize an internal struggle between order and chaos. Fellini flits between footage of clowns performing and even more rigorously scripted behind-the-scenes interviews with talking-head subjects ranging from historians to older clowns. Both types of scene are knowingly finite in what they can tell the viewer beyond Fellini’s typical love of burlesque and his insistence on the notion that everyone, whether they realize it or not, is a clown. Knowing the traditional division between two types of clowns (the “Augusto” and the “White Clown”) that respectively represent the rebel and the authoritarian, dictates everyone’s relationship to everyone else, but ultimately, the two clowns are just different sides of the same coin.

That notion is nothing new for Fellini, making The Clowns’s labored series of inconclusive interviews and anarchic performances frustrating beyond the cursory level of visual panache that accompanies many, if not all, of Fellini’s surrealist films from the late ‘60s and ‘70s. The film’s premise doesn’t evolve enough from scene to scene for it to seem like anything more than a superb collection of loose images waiting to burst out of Fellini’s Zeusian head. Change only really comes during the film’s finale, during a heartbreaking pantomime routine where two clowns, one that’s thought to be dead, reunite while playing a trumpet duet and together, they leave the darkened circus tent through the stage exit. That simultaneously affecting and disquieting image achieves the balance Fellini strives for throughout the film. Had The Clowns been shrunk down to four or five essential vignettes and ended on this grace note, it might have been a great manifesto.

Though The Clowns was originally presented by Rai on television with a 1.37:1 aspect ratio, Raro Video has reproduced the theatrical cut’s 1.85:1. The picture quality is a little fuzzy but you’ll only notice the transfer’s lack of focus if you’re looking for it. The DVD’s mono soundtrack is perfectly serviceable, though the fact that all the sounds are mixed on the same level means that none of the sound effects or music noticeably stand out from the dialogue. The soundtrack during some of the interview scenes, where characters are talking over each other, is especially flat.

The Clowns is Raro Video’s first American release and its very nice to see that they’ve maintained the standards from their original Italian DVD line. Included in the set is a booklet with Fellini’s essay “A Journey Into the Shadow,” complete with illustrations by Fellini, both taken from Federico Fellini’s The Clowns, a book that accompanied The Clowns original theatrical release. Also included is an absurdly dry academic video essay on the film by Adrian Apra, a historian that at one point whips out a pie chart and a bar graph to show how many different types of indoor and outdoor shots there are in the film. It’s a bizarre dissection especially in light of how free-form Fellini’s film is. The studio also includes “Wedding Agency,” Fellini’s contribution to the 1953 omnibus film Love in the City. Fellini’s film has a cute hook (a man tries to swindle a matchmaker agency by convincing them that he’s trying to find a wife for his imaginary rich employer, who thinks he’s a werewolf), but, like The Clowns, is inessential.

The Clowns isn’t a vital part of Fellini’s filmography, but thanks to Raro Video’s superb DVD set, the film is well worth a purchase.