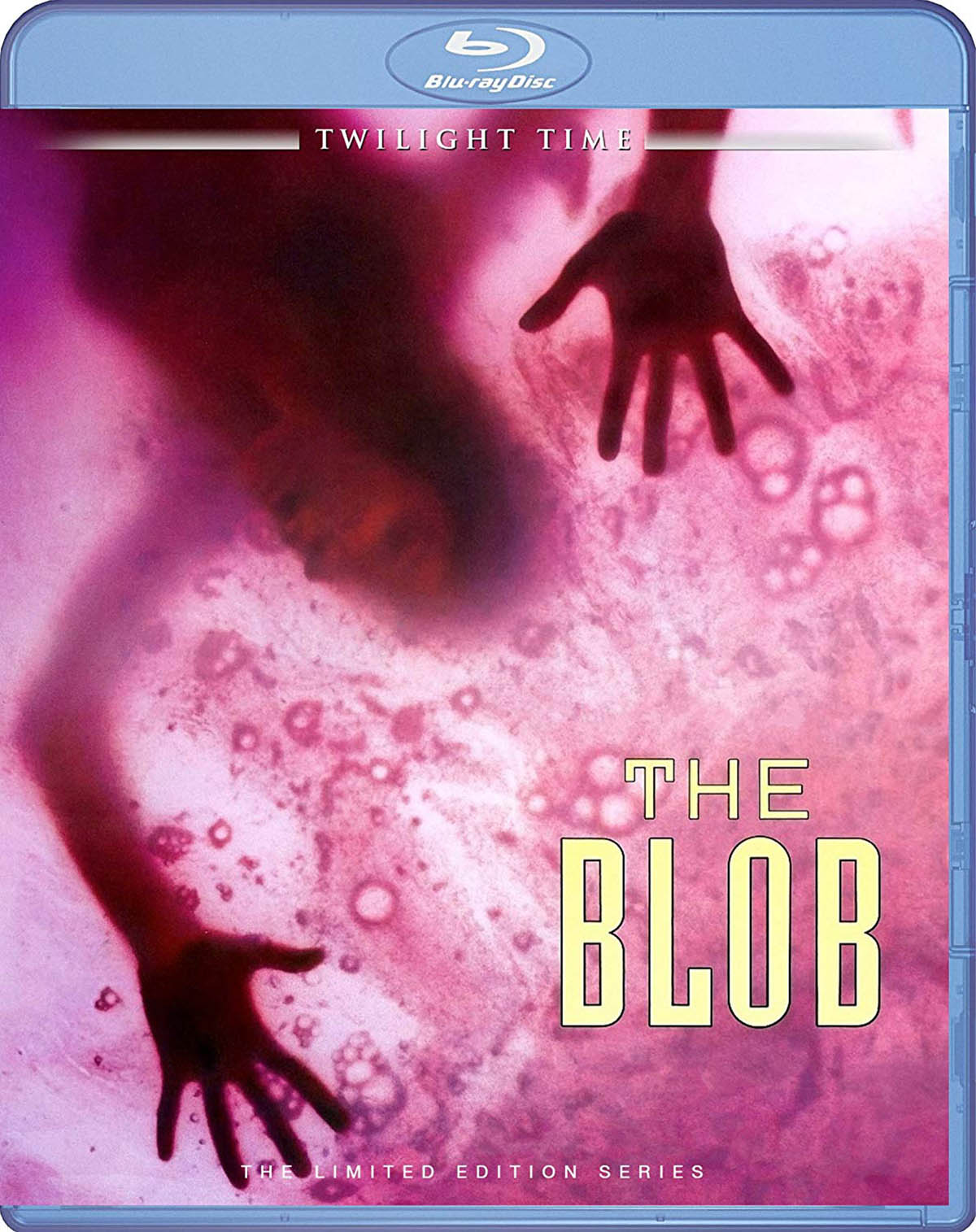 Chuck Russell’s The Blob toes a confident line between affectionate parody and straight-faced homage. Russell and co-writer Frank Darabont, at the time both young bucks hot off the surprisingly good and successful A Nightmare on Elm Street 3: Dream Warriors, clearly understand that the 1958 version of The Blob is ridiculous and hypocritically conformist, boasting young “rebels” that always seem to be ready at a moment’s notice to oversee the next policeman’s ball. The filmmakers also realize that a new Blob would have to up the ante considerably on the gore, which isn’t a tall feat in this case, as Irvin S. Yeaworth Jr.’s original film featured a jelly alien that was never seen doing much more than (weirdly and poignantly) ambling up an empty street with a casualness that might suit an offhand search for a soda fountain. Russell and Darabont shrewdly build these concerns into their version, transforming the titular blob into a vividly sticky, viscous creature and setting it loose in an anachronism of a small 1980s town that could fit, comfortably, into the world as it was presented by the already 30-year-old original.

The weirdness of this film’s small California town is never far from Russell and Darabont’s collective sense of awareness. Gorgeous establishing shots of the setting show us a burg that appears to be enviably beautiful and tucked into itself—a monument to “minding your own business” while the rest of the world goes to hell. A child attempts to cajole his mother into letting him go with his buddy to see a Friday the 13th clone, assuring her that there’s no sex or anything bad while boasting of all the dismemberments the film’s bound to contain. It’s a fun, decidedly Joe Dante-ish moment that skewers puritanical Americana while efficiently setting the stage for the eventual reenactment of the theater scene from the first film.

Most pointedly, the teenagers in this version of The Blob are actually shown doing the things that teenagers often try to do—namely, getting drunk and laid, preferably simultaneously. This carnality is often played for comedy at the expense of the teenagers’ parents, who all consciously resemble 1950s archetypes: the pharmacist, the diner waitress, the small-town sheriff, the folksy mechanic, and so forth. Most bluntly, the blob isn’t an alien this time, but a government experiment gone awry—a twist that informs the monster with a sense of metaphoric, Romero-esque outrage at society’s self-concern, and which also serves to undermine the authority that the original film unquestioningly celebrated.

But the filmmakers wear this subtext lightly; they’re pranksters, not preachers. The Blob is ultimately a drive-in movie similar to its predecessor, and the primary difference is that it happens to be pretty good. The most obvious triumph is the beastie itself, which has been reimagined as a memorably disgusting batch of ambulatory, ever-mutating, brownish-pink ooze that occasionally springs Thing-style tentacles while dissolving and contorting its victims in remarkably inventive fashions that testify to Russell and Darabont’s glee at implicatively tearing Mayberry down to its foundation. (My personal favorite set piece involves a poor dishwasher who somehow gets sucked down a sink drain.)

Like all great monsters, the blob is democratic in its bloodlust: Women, children, and the nicest guys most obviously up for the role of town savior are the first to suffer its indifferent, acidic wrath. The third act falters (too many perfunctory explosions and explanations, too little majestic blobbing), but The Blob still belongs to the tradition of ‘80s horror movies that updated ‘50s curiosities to surprisingly potent and resonant effect. It shows that a genre remake mustn’t solely be an act of studio bookkeeping, as it can also be a call for playtime.

The image is grainy and soft, particularly in interior, dialogue-heavy scenes, but the colors are also often surprisingly rich and luxurious, most obviously in the many landscape shots. The blob itself looks revoltingly gorgeous here, especially the deep blues and purples that partially make up its memorable Nickelodeon-mucus hue. The English DTS-HD 5.1 track sports strong depth and nuance, honoring the film’s many big yet intimately bone-crunching, floor-splintering aural effects. It’s an attractive, flawed package, but those flaws have a character that emphasizes the film’s old-school in-camera roots.

Just a handful of supplements, but the audio commentary with director Chuck Russell and Ryan Turek is a terrific, nerd-friendly listen that lovingly and specifically discusses Russell’s experience working with the actors and shooting the effects, as well as his general outlook on the horror genre (aspiring directors will particularly enjoy his advice regarding storyboarding and studio pitching). “Friday Night Frights at the Cinefamily” is a quick, charming pre-screening interview with Russell and Turek that covers the same material as the commentary with necessarily greater brevity. Rounding out the package are an isolated score track, a pair of trailers, and an essay by Julie Kirgo.

The Blob improves on the original cult classic with inventive, gracefully repulsive special effects and an agreeable post-Watergate anti-authoritarian message. Twilight Time honors it with an uneven but often gorgeous restoration that leaves room for improvement while shining a refreshing light on an enjoyable, neglected gem.