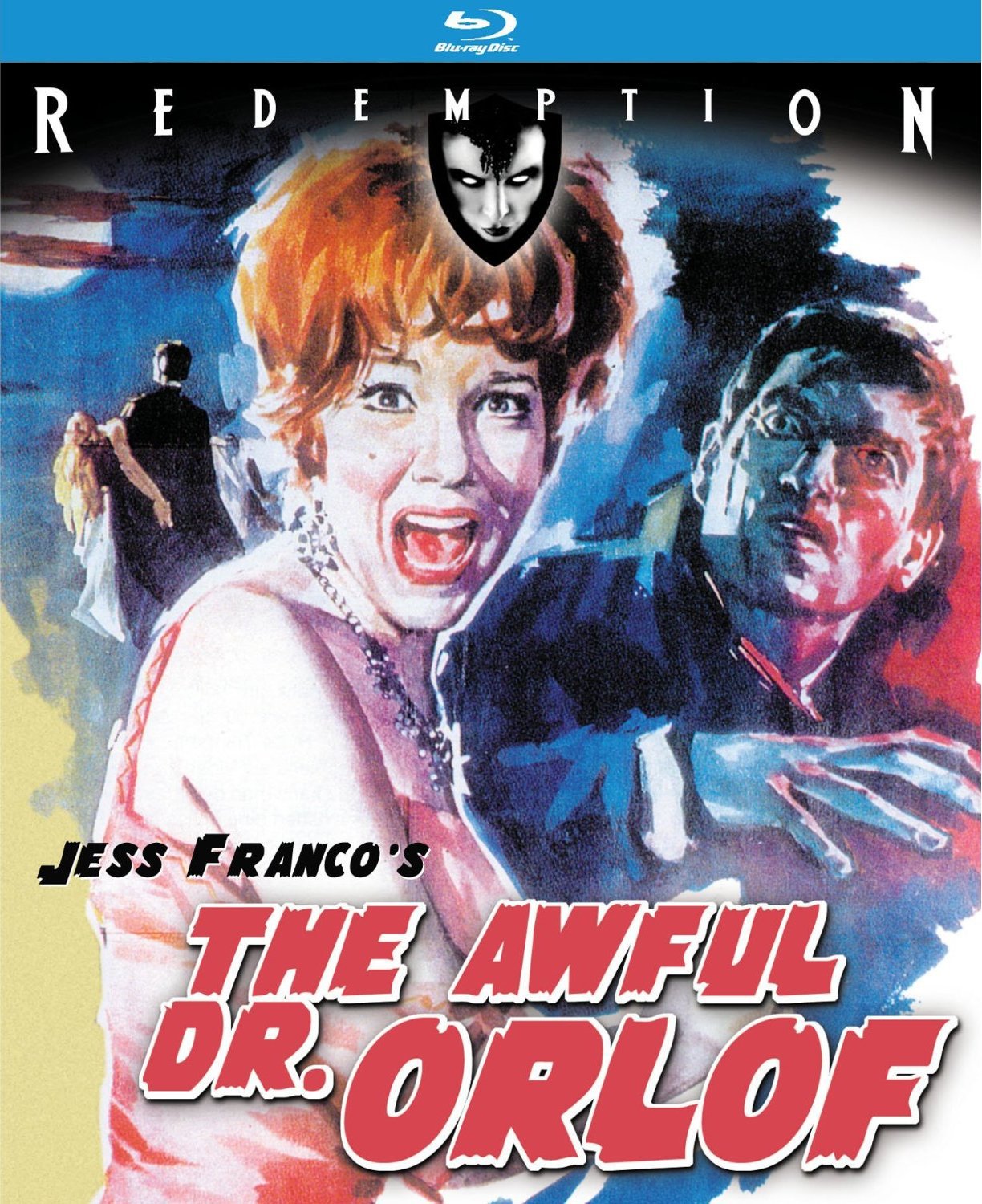 As both films revolve around a young woman with a disfigured face and her father’s misguided efforts to repair it, one could argue that The Awful Dr. Orlof was cribbed from Georges Franju’s Eyes Without a Face, or at least its eponymous source novel. But it’s probably more accurate to chalk the similarities and historical proximity of these two works up to trending genre fixations during the late ’50s and early ’60s. Although The Awful Dr. Orlof trembles before the surrealism of Franju’s classic, Jesús Franco’s style remains impressive in its use of shadows and visual depth (particularly within the confines of Orlof’s mansion), while its use of gore and female nudity, which no doubt contributed to the film’s theatrical success, shouldn’t be written off as cheap. These elements have an abrupt intensity that transcends mere shock value, instead adding to the film’s dreamlike, house-of-horrors quality.

Despite bearing a simple premise burdened by frequently dead-in-the-water exposition, the film nonetheless thrives on the sensual by way of a vaguely meta parallel drawn, perhaps incidentally, between the voyeurism of the titular antagonist (Howard Vernon) and his blind henchman, Morpho (Ricardo Valle), who hunts by sound, and the film’s placid long takes and cacophonous, drums-and-xylophone score. Morpho is the film’s most frightening creation, a childlike murderer with a taste for human flesh whose eyes bulge crudely from their sockets, suggesting tumors within, further warping his mind.

The film never entirely overcomes its essential silliness, but Franco’s unpretentious emphasis on primal sensation allows for self-reflexivity, turning its inherent limitations into modest assets. Such genre thrills are emboldened by the film’s wry, often implicit humor, most evident in the bumbling exploits of Inspector Tanner (Conrado San Martín), whose well-meaning but inept efforts to track down the kidnappers of “loose women” provides much-needed levity amid the film’s passages of prey being stalked.

Time hasn’t exactly been kind to the film, but the 1080p transfer looks very good under the circumstances. Dust and scratches are mildly present throughout, but the film’s many blacks and shadows are rich in depth and delineation, while decomposition is an infrequent eyesore. Sound fares slightly better. The French and English dubs are presented in their original mono tracks (the original Spanish track, which accompanied the nudity-free version of the film, is nowhere to be found), which are generally quite resonant and do justice to The Awful Dr. Orlof’s impressive sound mix.

Nothing to write home about. Tim Lucas, of the Video Watchdog movie guides, provides an informative but toilsome commentary; a 15-minute interview with the late Franco is exponentially more entertaining. Two featurettes—”The Young Dr. Orlof Chronicles” and “Jess! What Are You Doing Now?”—look like they’ve been assembled from the same batch of amateurishly shot interviews. The former runs about 20 minutes and looks at the production and legacy of the film, while the latter falls under the 10-minute mark and has friends and colleagues of the director reminiscing on what they think he might be up to in the afterlife. A gallery of stills and some trailers for other sleazy horror fare, including the underrated Oasis of the Zombies, round out of the disc.

A minor but memorable classic of Spanish cinema, The Awful Dr. Orlof compensates for its narrative shortcomings with an abundance of workmanlike artistry, faithfully preserved on Kino Redemption’s HD release.

Review: Ernst Lubitsch’s To Be or Not to Be on Criterion Blu-ray

Review: The Court-Martial of Billy Mitchell on Olive Films Blu-ray