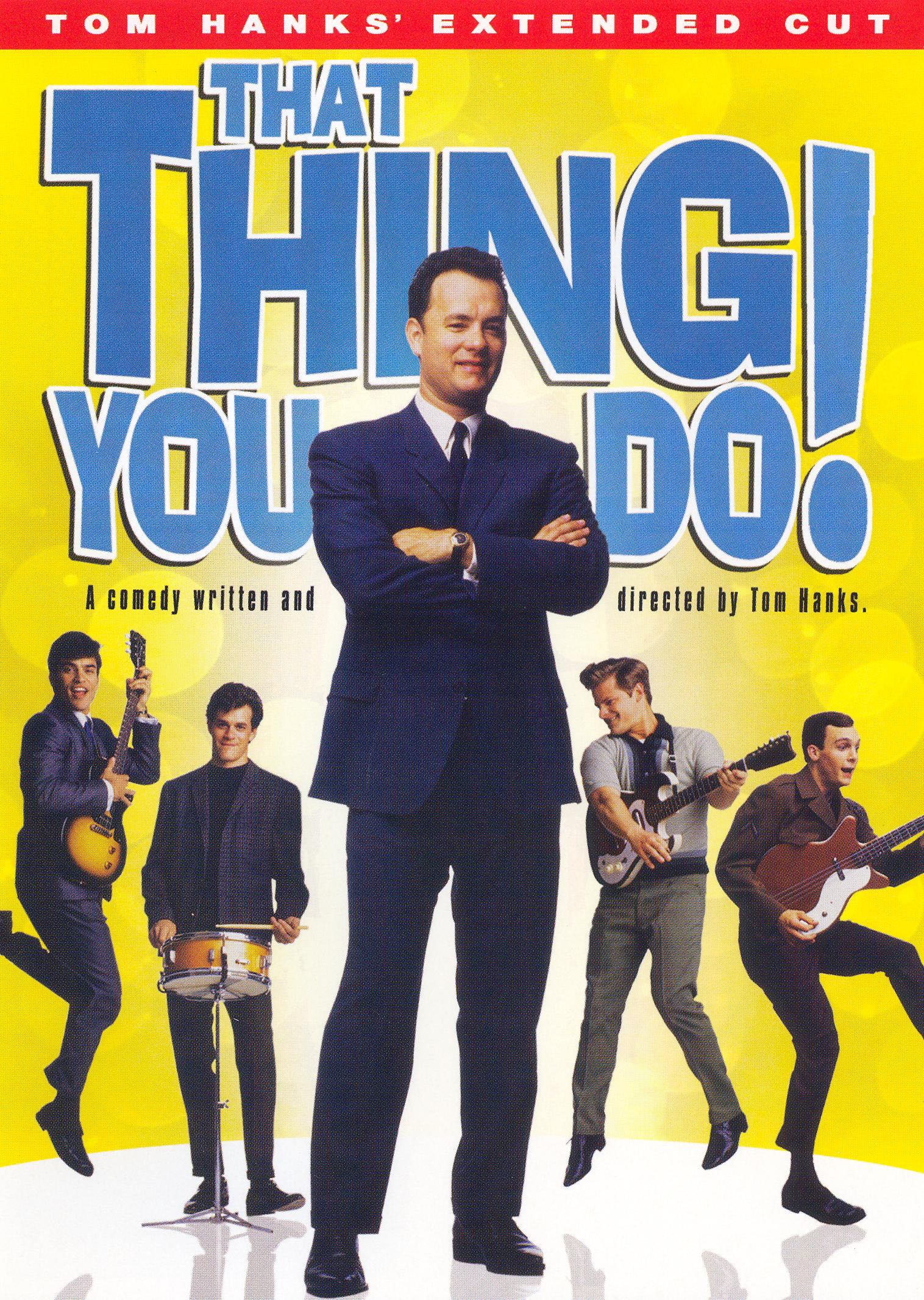 If ever there was a movie that did not need to be two-and-a-half hours long, it’s That Thing You Do. Sure, the original film, released to theaters in 1996 as Tom Hanks’s directorial debut, is a fun, pleasant, carefully handled affair: A small-town rock band makes good as a one-hit, very catchy wonder, led by a prodigious drummer played by Tom Everett Scott, a memorable loudmouth in Steve Zahn, and filmmaking so textbook you wonder if Hanks’s decisions behind the camera were checked over twice by the studio to keep from tarnishing his well-crafted image in front of it. Well, with this DVD release, Hanks’s cut gets its shot, and That Thing You Do is amped up to an epic as a result. More interest in the characters’ various sexualities is the only new information. The rest of the more than 40 minutes of extra footage is slow, methodical, at times unbearable inflammations of scenes that were already there. The old screenwriter’s adage, “Come in late,” has no hold here.

Two discs do fair service to the film’s 10-year anniversary. Some old making-of featurettes from when the movie came out match new stuff, in which none of the actors, brought together a decade later to reflect on the film and its promotional tour of Japan, thankfully seem to think that That Thing You Do was a shattering piece of filmmaking. Curiously, Tom Hanks is not present in the new extras for the Tom Hanks edition.

Dr. Zhivago can be epic. The Godfather. Reds. Lord of the Rings. All stories that lend themselves to lengthier tellings. The small-town band story, “A very common tale,” as Hanks’s Mr. White puts it in this film? Not so much. Get this edition if you like the movie, but stick to the theatrical release available as a feature on the first disc.