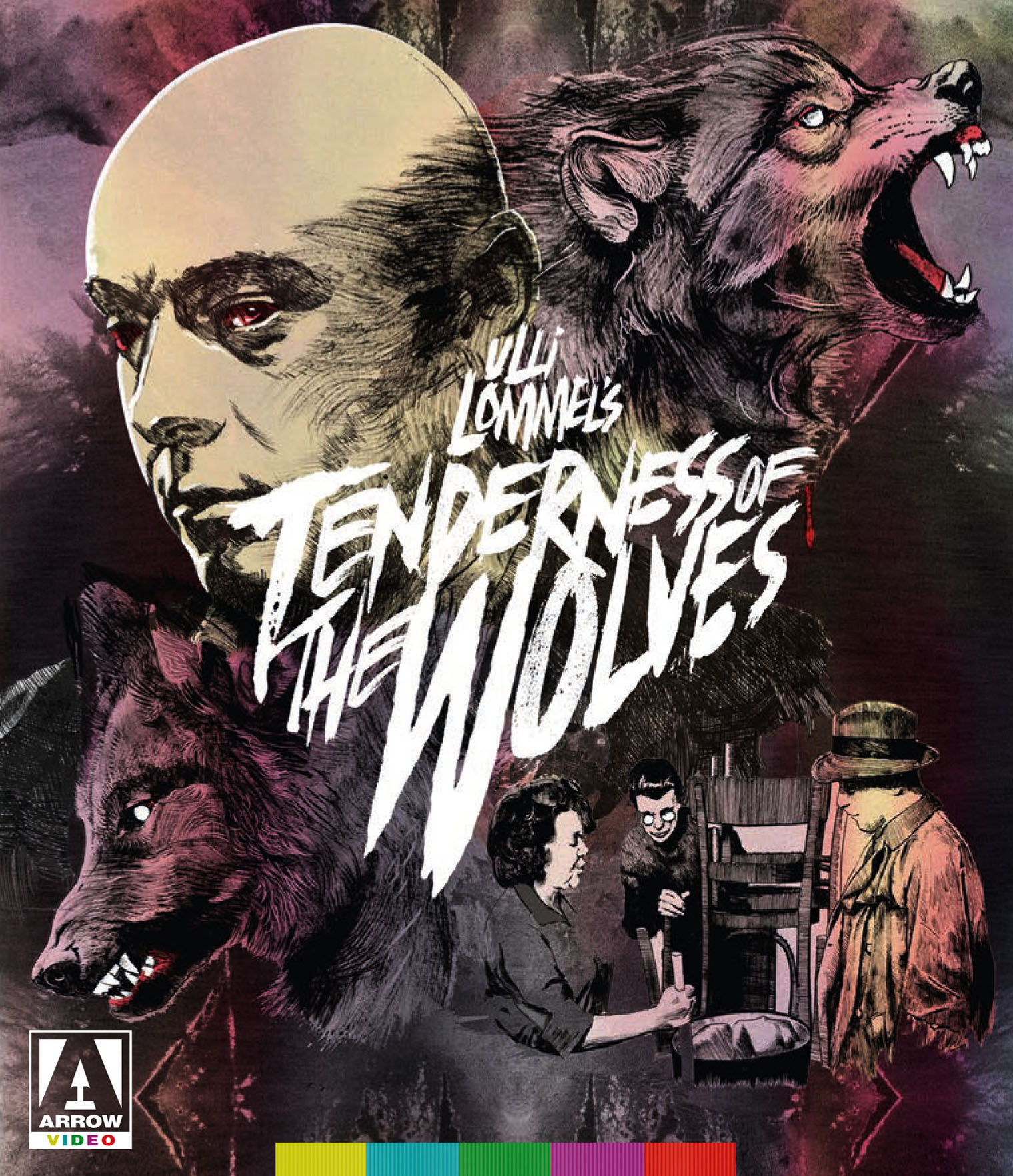 Fritz Lang once said he fashioned himself a “visual person,” experiencing the world “with my eyes and never, or only rarely, with my ears.” His statement was less defiant than lamentful, since he added: “to my constant regret.” Lang made this statement in reference to M, his first “talkie,” though I think of it more as a “stepie,” since footsteps and city noises are largely responsible for the film’s ghastly sonic effects as it charts the actions of a known child murderer, played by Peter Lorre.

The film was partially based on the case of Fritz Haarmann, referred to as “The Butcher of Hanover” in the press, who was arrested in 1924 and convicted of 24 murders, most of them underage boys, before being executed the following year. Lang’s admission haunts M, as it suggests a lack of hearing correlates with an inability to recognize the silences which allowed Haarmann to rape and murder so many children over the span of several years. As such, M wasn’t simply Lang’s first sound film, but a reckoning with how even one’s senses can have ethical dimensions.

Tenderness of the Wolves is a far more explicit exploration of the case, written by and starring Kurt Raab, produced by Rainer Werner Fassbinder, and directed by Ulli Lommel. All three men are vital in ascribing authorship to a film that outwardly lacks an identifiable, or certainly singular, style. It’s at once a loose homage to M and a damning of pre-WWII cinema for its inability to sound the alarms against pervasive, fascist movements.

Raab plays Haarmann, whose known, largely petty crimes are overlooked by police in return for his cooperation in wrangling other criminals. Lommel directs scenes by short-circuiting continuity, so that in one shot Haarmann walks right to left, then reverses direction in the next. Moreover, some scenes are clearly set on sound stages, while others are very visibly on actual city streets. The combination is unsettling, not least because the film’s own chronology is bungled, as events appear to be taking place after WWII, until an end title card factually states Haarmann’s death in 1925.

These inconsistencies could be explained by budgetary constraints, which prevented an accurate replication of 1920s Germany, but more compellingly, the comprehensive disregard for time period specificity suggests it’s irrelevant, especially since the film’s depiction of gay sex and male nudity was sure to scare away exhibitors just as it would have during the actual time period (and it did).

If Tenderness of the Wolves works on a reflexive register, it’s due to Raab’s performance, which consistently displays his own homosexuality in a fashion that blurs lines between fiction and documentary, albeit a bit coarsely, since Lommel often trains his camera on Haarmann’s sexual encounters to milk their exploitative potential. According to Tony Rains, Raab wanted to make “an explicitly gay film,” though the choice of a serial killer who raped and murdered children might seem an odd path to such liberation.

And indeed, scenes with Haarmann alone with teenage boys in his apartment muddle the film’s intentions, especially once Haarmann is chewing his victims by their necks and nearly bleeding them dry. It worked in Paul Morrissey’s Blood for Dracula as a farcical bite back against unquestioned politics of the sexual liberation movement, but here Lommel’s merely turning his real-life killer into a vampiric caricature. In other words, Raab’s script, which seeks to liberate homosexual desire by making it visible, is roughed-up and cheapened by Lommel’s humorless bloodlust.

Maybe such images are what Lang had in mind; the visible sight of Haarmann’s murders and deeds are impossible to render without some form of recourse to visible or sonic absence. After all, Haarmann’s neighbors, here portrayed as curious but ineffectual enablers, are content to allow their surroundings to go thoroughly unexamined. Likewise, the police turn a blind eye as Haarmann literally brushes human remains under a rug upon an inspection of his apartment. In a nearby pub, songs are sang, Germany is revered, but no one seems to smell the rotting meat in their midst, despite it being available in plain sight. Maybe Lommel was right to revel in some of the gore, after all. Following decades of darkened closets, spoiled cheers, and abject silence, Tenderness of the Wolves tries to be as loud as it possibly can.

Arrow Video has given Tenderness of the Wolves a beautiful restoration on this new HD Blu-ray, which matches the excellent, recent work done by the Criterion Collection to restore Rainer Werner Fassbinder’s The Merchant of Four Seasons. From first to last frame, image quality is clear, vibrant, and wonderfully balanced, with only sporadic hints of defects, like the occasional scratch or dirt. Likewise, sound is crisp and clean, if a bit limited given the one-channel mix. Music sounds as it’s been mixed a bit wonkily, but it seems to have been the intention of director Ulli Lommel to mix it as such. The transfer was prepared by the Rainer Werner Fassbinder Foundation, but be sure to watch the film on Blu-ray, because it looks far weaker and flawed on the accompanying DVD, even though it’s said to be the same transfer.

The disc contains a goldmine of supplements. The 110 minutes’ worth of interviews begin with Lommel, who makes it quite clear that he, not Fassbinder, directed the film, saying Fassbinder was only on set for two days to shoot his bit part. Lommel also recalls an argument with Fassbinder over cinematographer Jürgen Jürges, whom Fassbinder disliked because of a stutter and a perceived incompetence. As Lommel tells it, Fassbinder quickly reversed his opinion after seeing Jürges work and even recruited him to shoot Ali: Fear Eats the Soul a year later. Lommel also explains the use of inkies, small Fresnel lights, during filming and how he and Kurt Raab decided to pay explicit homage to M with a scene involving a little girl and a sports ball.

Jürges gives his insights into different shooting locations and his working relationship with various members of the crew, while Rainer Will, who plays one of Haarmann’s victims, recalls being cast and explains how his scenes were filmed. There’s also a lengthy appreciation given by author Stephen Thrower, who mostly discusses the film’s relevance to Lommel’s legacy, especially since the director subsequently garnered a reputation as being “the second coming of Ed Wood” with his direct-to-video serial-killer films.

A commentary track with Lommel is a treat, especially since the director is very sharp and explicit about his intentions while making the film. Moderated by critic Uwe Huber, the discussion covers many topics, including Lommel’s intent to point a finger at society as much as “the demon” and how he conceived of the stories treatment of Haarmann’s neighbors, who Lommel sees as equally involved in allowing the events to occur. Otherwise, Lommel is adamant that Fassbinder gave him creative control and never asked for any specific changes/shots. Also included is a very brief introduction by Lommel, a stills gallery, the film’s trailer, and an illustrated booklet featuring an essay by author Tony Rains, who doesn’t seem to like the film very much, which makes for an engaging read, and is most helpful in situating the film’s historical contexts.

Arrow Video’s top-shelf Blu-ray presentation of this haunting, if tasteless, curio is among the year’s most complete home-video packages for a standalone film.

Blu-ray Review: David Cronenberg’s The Brood on the Criterion Collection