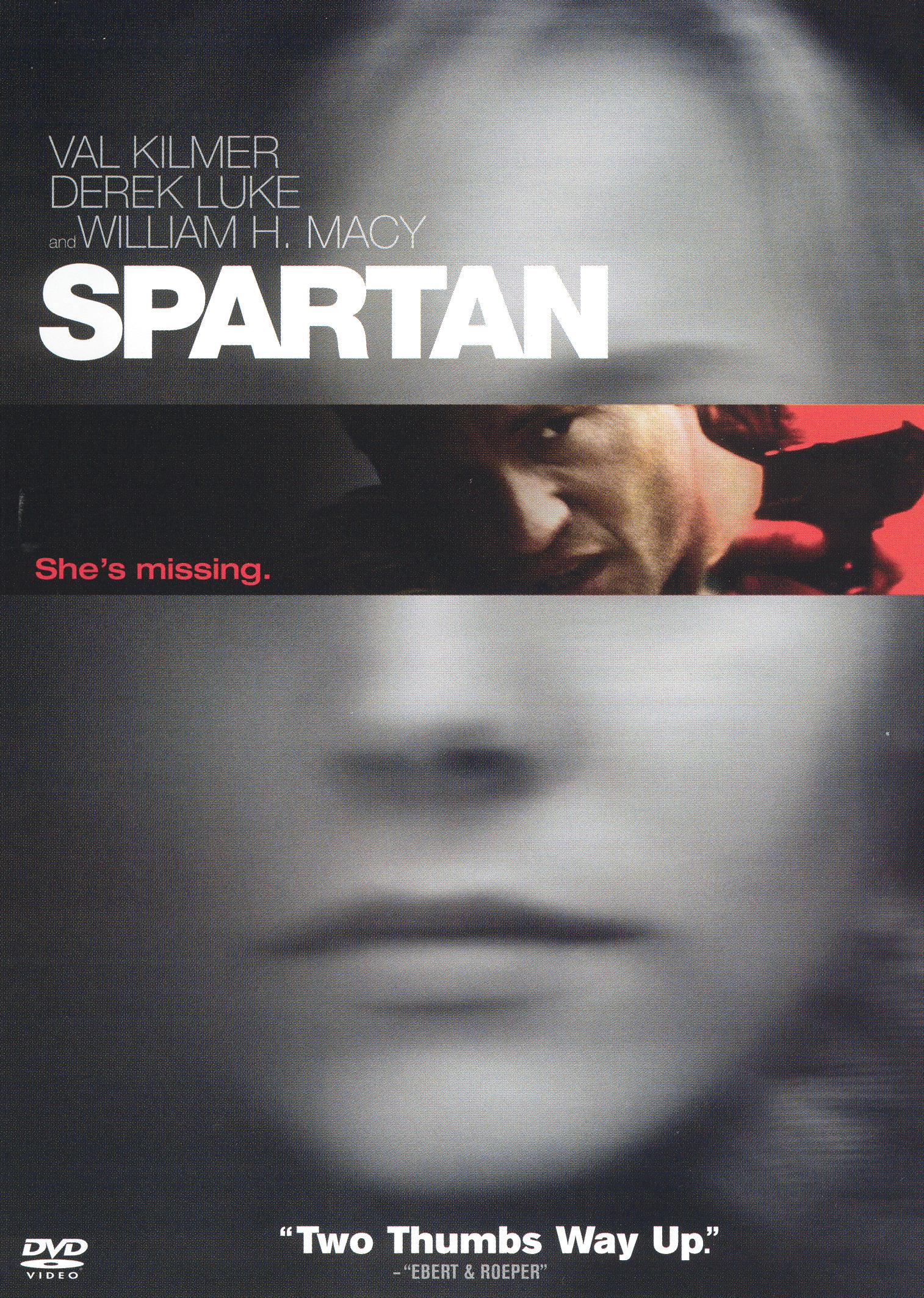 The title of David Mamet’s latest is a ridiculous reference to Sparta’s Leonidas, the selfless warrior-hero who excelled at one-man mission-dom. In Spartan, Robert Scott (Val Kilmer) is the modern-day embodiment of that king, sent in to rescue the president’s daughter, Laura (Kristin Bell), after she vanishes from her Harvard campus, only to uncover a white slave ring that may or may not link back to the White House.

In Spartan, the rules of warfare appear to double as the rules of manhood. Here, the men are ciphers (or tokens), and the women are cast as whores or displaced/surrogate mothers, categorized and restricted by their sex. Smart enough to reference ancient Greek history, Bell’s character is too stupid to rationalize a punch in the gut. In this one heinous sequence, not only does Mamet use violence to silence a woman, but he also positions the act as a red herring of sorts, made all the more offensive by the unexamined nature of Robert’s behavior.

Mamet thinks and writes with his dick, but this once expert observer of male alpha-ism (Glengarry Glenn Ross) and girl-boy one-upmanship (Sexual Perversity in Chicago) no longer studies his male organ. Rather, he merely uses it to slap his characters around.

I couldn’t find a single instance of edge enhancement on this DVD edition of Spartan, but there are other problems: Some dirt is noticeable throughout, skin tones are a little on the red side, blacks are simply adequate, and shadow delineation is poor. The Dolby Digital 5.1 surround track is equally non-impressive but serviceable nonetheless. If the surrounds aren’t exactly expansive, Mamet’s staccato dialogue is crystal clear.

Besides the film’s theatrical trailer, available here is a commentary track by Val Kilmer that allows the actor to go on at length about “family man” David Mamet’s rhythmic poetry. It’s a rather mundane track, and considering all the literary and film references (Inside Delta Force, Black Hawk Down) the actor makes, it unravels like a term paper.

Mamet makes movies for people who love hearing themselves talk and Spartan is an example of a film only a struggling screenwriter could love.