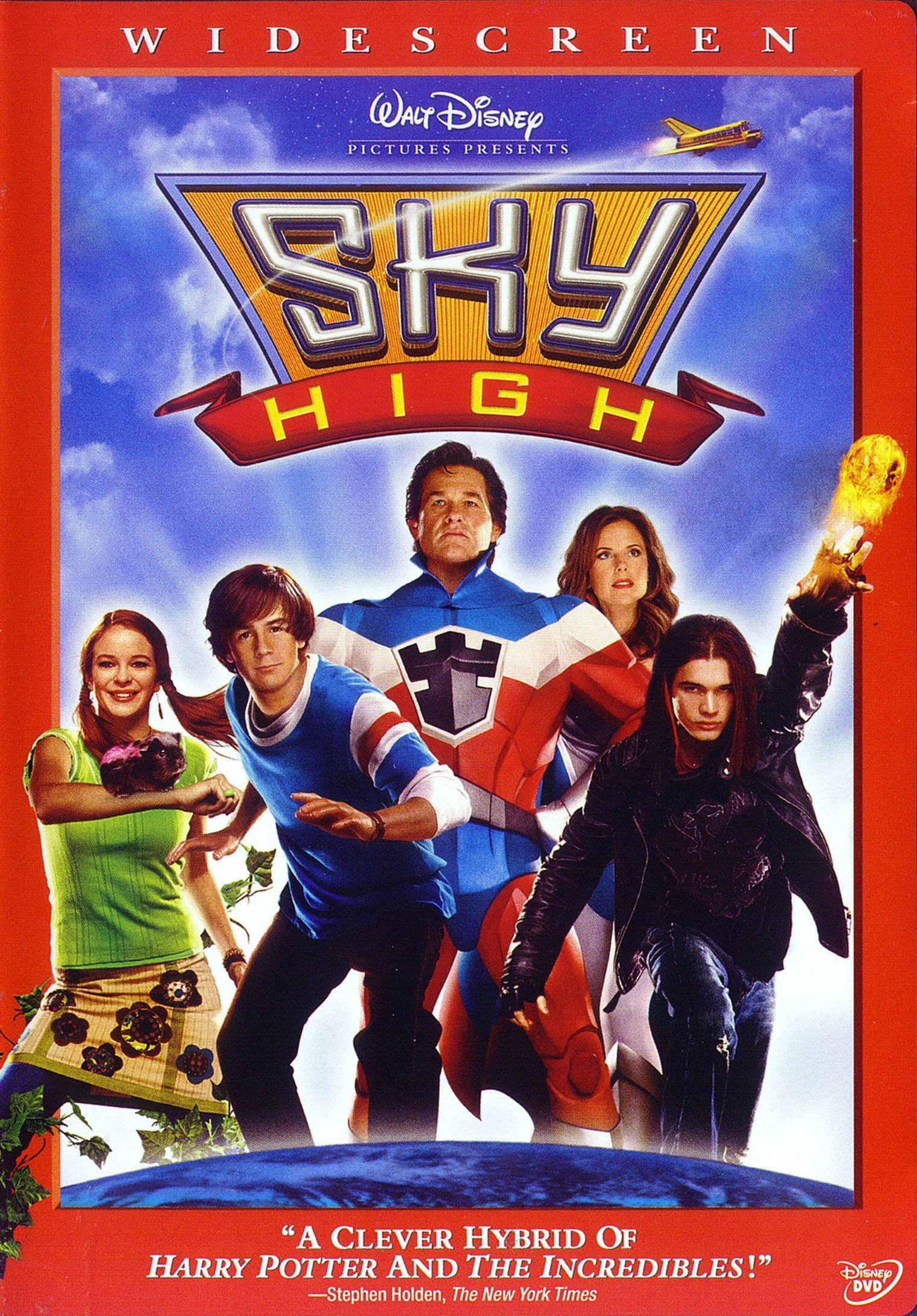 “When everyone’s super, no one will be,” chuckled Incredibles archvillain Syndrome, and, intentionally or not, Disney’s new candy-colored fantasy seems bent on legitimizing his threat. Following so close in the footsteps of another superhero fiasco, Fantastic Four, it’s at first a relief to watch the Marvel ethic shifted to suburban family dynamics, where super couple Captain Stronghold (Kurt Russell) and Josie Jetstream (Kelly Preston), usually incognito selling real state, have to miss son Will’s (Michael Angarano) first day of high school in order to vanquish a robotic behemoth flattening the city.

The yellow bus sprouts turbines and darts above the clouds, and Will soon finds himself in Sky High, Dad’s spartan alma mater, which is evocative, in more than one way, of a Len Riefenstahl mountain top. In a rare moment of wit, phys-ed anxiety is cleverly channeled as the freshmen have to show their superpowers in front of the class under coach Bruce Campbell’s razzing scrutiny, to be heralded as heroes or demoted to sidekicks. “Sounds fascist,” quips Will’s ecologically-gifted “hippie” pal (Danielle Panabaker), though of course the film remains fluffily oblivious to the implications of prepubescent confusion in the face of parental expectations.

Will’s confession of his lowly “hero-support” status to proudly brawny Russell might be the closest the Disney gloss allows for a coming-out moment, yet it’s not long until the boy’s super-strength arrives for the picture to ecstatically herald his newfound, supposedly normalizing brute force. From then on it’s the tried-and-true route of bullies, PG-rated house parties, nerd-dunking, “That’s my boy” winking, and vapid teen romance; all director Mike Mitchell has to do is connect the dots for the upcoming Disney Channel series.

Russell uses his Dudley Do-Right jaw and upswept pompadour to nice comic effect, and Campbell and Kids in the Hall alums David Foley and Kevin McDonald offer some relief from the tedium, but the film remains condescending child’s play. In that sense, the climactic prom night is apt: After inevitably referencing Carrie, the sequence has all the characters turn into babies, an all-too-apt extension of the film’s tendency to infantilize its own themes.

Sound is good and image is, by and large, impressive except for some very noticeable digital junk that tends to accumulate on isolated patches of color throughout the film, from the bright handle of Michael Angarano’s schoolbag to bright moving objects.

Included here are a bunch of sneak peeks, an alternate opening that fleshes out a number of things the existing film merely alludes to, a blooper reel, Bowling for Soup’s “I Melt With You” music video, a 16-minute making-of featurette, and a 7-minute look at the film’s stunts.

Review: Powell and Pressburger’s The Tales of Hoffmann on Criterion DVD