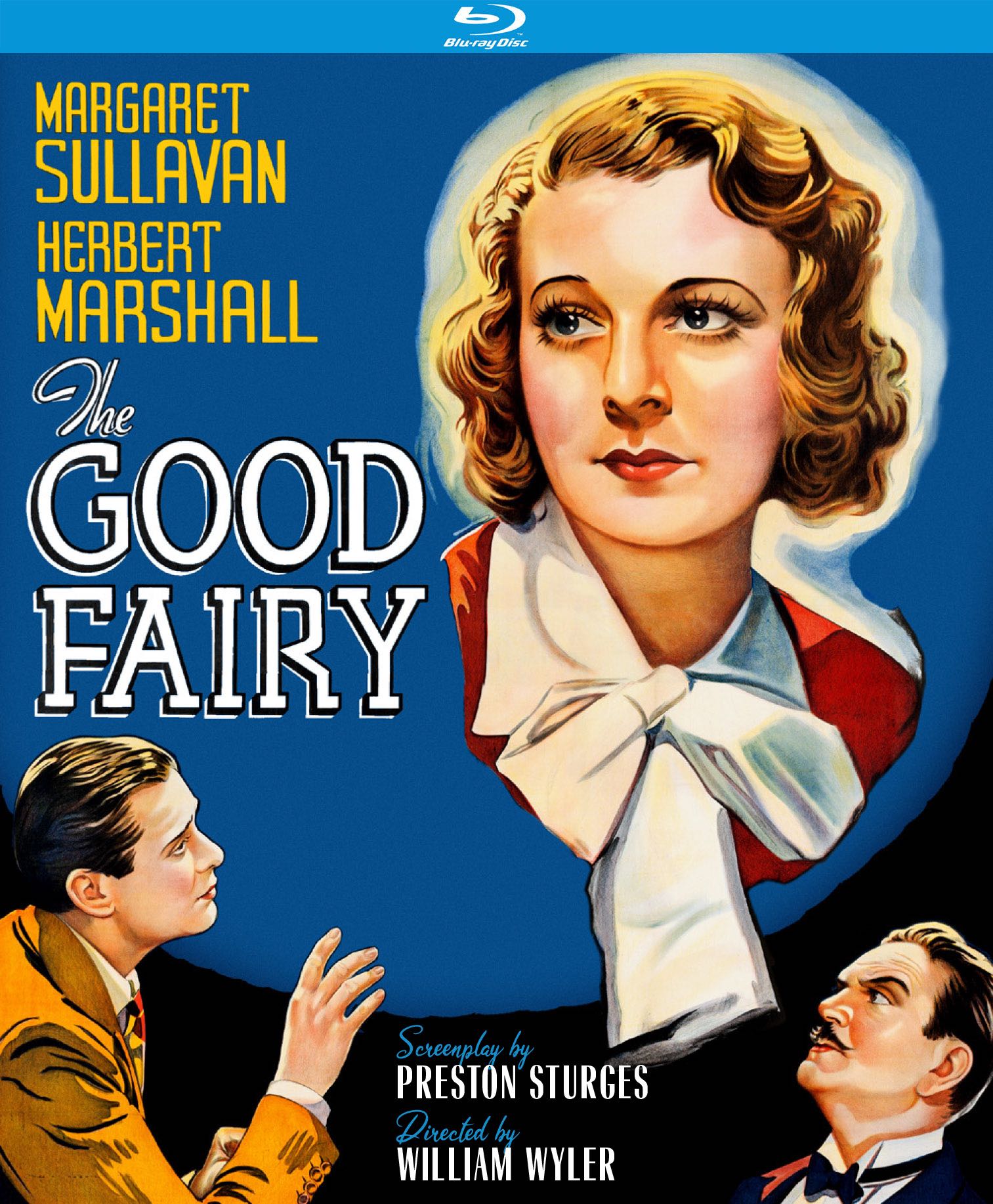 Luisa Ginglebusher (Margaret Sullavan), an 18-year-old girl in pigtails who’s spent her entire childhood in an orphanage, is a vision of pure innocence. When a local businessman (Alan Hale) plucks her out of a lineup and offers her a job as an usherette at Budapest’s largest movie palace, the director of the orphanage (Beulah Bondi) sends her off with some parting advice: to remember to do a good deed every day. The older woman means to steer Luisa in the right direction, but the naïve young girl really takes those words of guidance to heart, resulting in a number of mix-ups and misunderstandings that force her to navigate the perilous traps of the modern world, particularly those stemming from men’s lustfulness.

William Wyler’s The Good Fairy, penned by Preston Sturges, boasts the quick wit that’s so typical of the screwball comedy, but also a sharply observed critique of predatory masculinity, which defines all but one of the numerous men who flock to the wide-eyed Luisa like moths to a flame. A hilarious early scene points to Luisa’s childlike conception of romantic love by showing her transfixed by a corny romantic melodrama playing at the movie palace, wherein an overly stilted actor repeatedly says “Go” as he attempts to throw his lover out of his house. But she has enough shrewdness to tell the men who harass her on the streets that she’s married—a little white lie that helps her get out of a jam on several occasions.

Wyler’s propensity for deep-focus shots is on memorable display in a scene that has Luisa training alongside a large group of usherettes in the movie palace and a later one in which she tries on a faux fox scarf and playfully models it for herself in front of a mise en abyme of mirrors. But more often than not, Wyler’s direction doesn’t call attention to itself, allowing Sturges’s droll, clever dialogue to take center stage as Luisa’s well-meaning fibs get her inextricably wrapped up in the lives of three men: Detlaff (Reginald Owen), an overprotective waiter who becomes her self-appointed guardian; Konrad (Frank Morgan), the wealthy, alcoholic meat magnate who treats Luisa similarly to the product that made him rich; and Dr. Sporum (Herbert Marshall), an unsuspecting lawyer who gets wrapped up in Luisa’s web of lies when she pulls his name out of the phone book and tells Konrad that he’s her husband.

The resulting chaos, involving multiple rivalries between the pompous men and a mostly passive Luisa—who, much of the time, just wants to be left alone—effectively cuts the blind idealism of her “good fairy” actions down to size, suggesting that good deeds are mostly wasted on mankind. In all but stripping Luisa of agency once she starts the marital farce in motion, The Good Fairy highlights the immense gap in power between the ingénue and the men who, despite their feigned attempts to appear as if they have her best interests at heart, bicker around her and pester her relentlessly despite her many protestations.

Due to limitations enforced by the Production Code, Sturges was forced to reimagine Ferenc Molnár’s risqué play, removing all references to Luisa’s sexual exploits and making her appear more innocent in her pursuit of goodness. But there’s still a heaping of innuendo and double entendre to suggest that she becomes learned in the art of manipulating the opposite sex. And while the snappiest dialogue belongs to Marshall, Morgan, and Owen, Sullavan subtly registers a knowing coyness that even the censors couldn’t snuff out from behind the marvelous façade of virginal purity that Luisa continues to put on long after she’s taken out her ponytails. It’s a frightening world of betrayal and indecency that Luisa has entered, but she eventually learns the lesson that you have to be at least a little bad to do some good.

Sourced from a brand new 4K master, Kino’s transfer is fantastic across the board, boasting a remarkable sharpness, clarity, and depth. The contrast is also quite impressive, particularly in the deep, inky blacks, helping the picture to really pop. The healthy and even distribution of grain adds a nice, textured quality to the image, assuring the transfer never appears overly digitized. The audio is also nearly flawless, with the rapid dialogue and Heinz Roemheld’s lilting score remaining consistently crisp and clear, with only the occasional hints of tinniness.

The sole extra here is a charming and informative commentary by film critic and author Simon Abrams. His detailing of the myriad differences between Ferenc Molnár’s play and Preston Sturges’s script is comprehensive, as is his coverage of the effects that the relatively fresh implementation of the Hays Code had on the material’s more salacious qualities. On the lighter side, Abrams’s offers some backstage anecdotes from time to time, most notably the juicy nuggets about Margaret Sullavan’s diva-like on-set antics and her eventual marriage to William Wyler toward the end of production, after weeks of fighting with one another.

A key early work for both William Wyler and screenwriter Preston Sturges gets a fantastic new transfer from Kino Lorber.