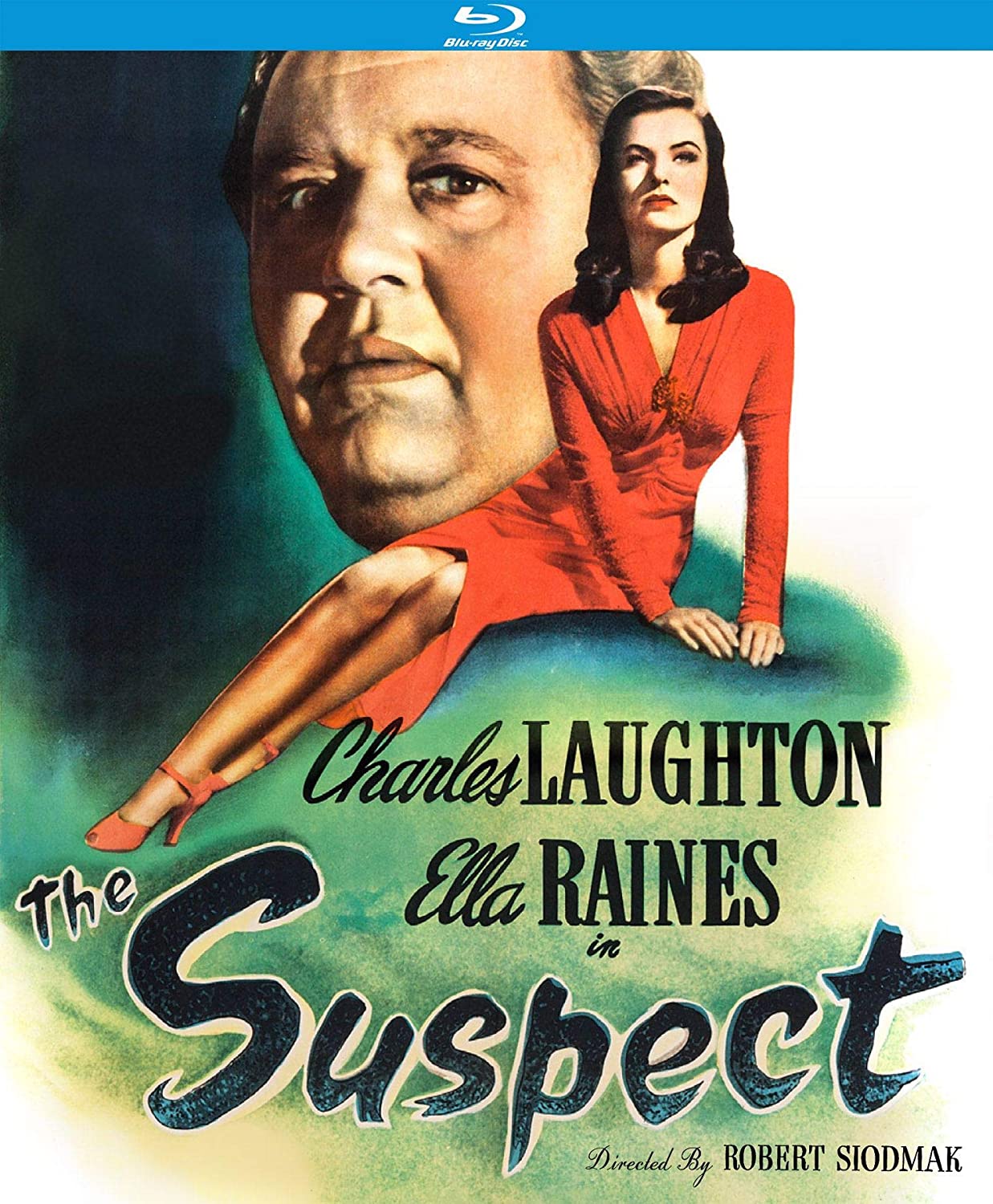 Robert Siodmak’s The Suspect doesn’t exactly pull at the misogynistic fabric of noir in its opening act, amplifying Cora’s (Rosalind Ivan) callous treatment of her shopkeeper husband, Philip (Charles Laughton), to the extreme. The filmmakers write the woman off as irredeemable, while inviting our sympathy for Philip as he somewhat innocently befriends a young stenographer, Mary (Ella Raines), and subsequently courts her. But the film becomes a lot harder to pin down after Cora learns of this relationship and threatens a scandal, leading Philip to orchestrate her death, or so the audience is led to believe. It’s here, as it homes in on the ambiguity surrounding the despicable Cora’s demise and its toll on Philip, that the film pivots into almost blackly comic terrain.

As Philip, Laughton pushes against his hammier instincts even as his character’s ruthlessness slowly surfaces out of sheer self-preservation once a Scotland Yard detective, Huxley (Stanley Ridges), starts to suspect that Cora’s death may not have been an accident. Laughton’s shifts in posture and speech to reflect Philip’s vacillation between pitiable sap and self-assured gentleman are never less than convincing. For his part, Siodmak suggests Philip’s thorny interiority through an increasingly dense atmosphere of suspense, as in the remarkably unsettling scene in which the lights dim and the camera glides up the stairs and around the corners of Philip’s apartment while Huxley narrates how he thinks Cora’s death played out.

The Suspect is a complexly interwoven series of narrative entanglements, evoking more than a shade of Hitchcock. And the plot turns come fast and furious. Indeed, almost as quickly as Philip marries Mary, he gets a second thorn in his side: Gilbert (Henry Daniell), the wife-beating neighbor who blackmails him upon learning of Huxley’s suspicions of the man’s guilt. But however dark those turns are, Siodmak’s film never fully betrays its representation of Philip as a genuinely warm, kind-hearted man, at least by nature. In fact, it’s Laughton’s uncanny ability to walk the thin line between jovial and murderous without coming off like a sociopath that allows The Suspect to stand out among noirs with wife killers at their center.

That Philip’s happiness is thwarted not by his nefarious acts but by his timidity and sense of decency is an irony that courses through the film’s final act. And while this behavior is taken as a sign of weakness by one of Philip’s adversaries, who taunts him with lines like “The meek inherit the Earth. We inherit the meek,” The Suspect cleverly imagines what may come if a sheep like Philip, only briefly and when necessary, became the wolf.

Kino Lorber’s transfer is from a “brand new 2K master,” and the resulting image is pleasingly film-like, sharp and richly detailed deep into the frame. The contrast ratio is strong, with uniformly accurate black levels that are most impressive in the nighttime exterior shots. The DTS-HD Master Audio is a bit lacking in dialogue clarity, with a number of the line readings sounding a bit tinny and echoey. Fortunately, both the ambient sounds and the score by woefully unsung composer Frank Skinner are quite full-bodied.

The disc’s lone extra is a commentary track by film historian Troy Howarth, whose love of The Suspect is undeniable. He gets into the nitty-gritty of the film’s production and the careers of Robert Siodmak and Charles Laughton, and delves into the similarities between The Suspect and Shadow of a Doubt and Scarlet Street, the latter of which was released the following year and whose director, the great Fritz Lang, was initially attached to this project. Horwath also makes a compelling argument for Siodmak as an auteur and keeps the conversation light and lively while managing to cover a lot of ground in just a hair over 80 minutes.

With this Blu-ray release, Kino shines a spotlight on an unsung Robert Siodmak thriller and a particularly fine Charles Laughton performance.