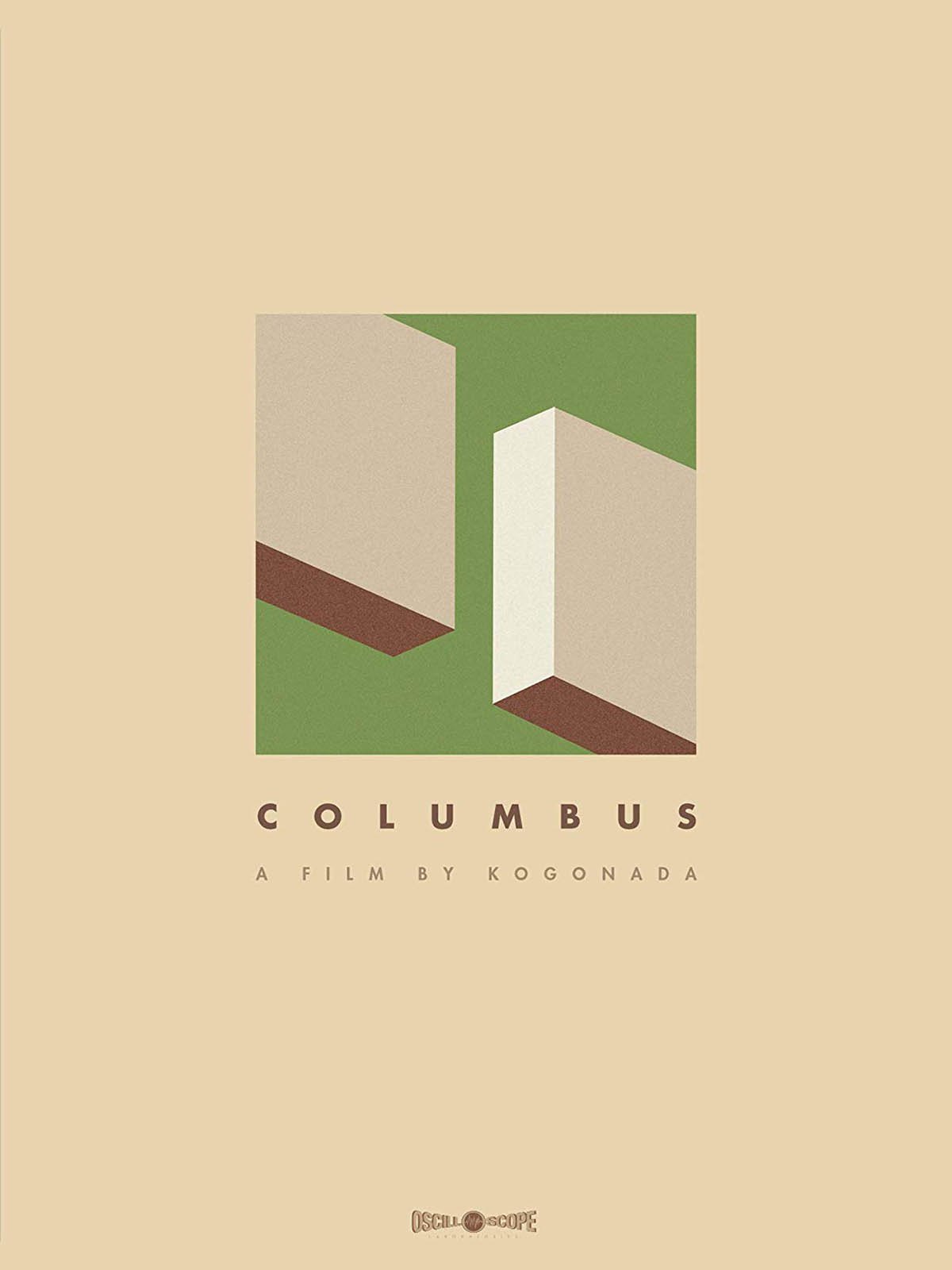 Early in Kogonada’s Columbus, Casey (Haley Lu Richardson) and an unnamed co-worker (Rory Culkin) discuss the notion of attention bias. When people prefer video games to reading, the co-worker says, they’re often said to have a short attention span, even if they’re concentrating on video games for hours at a time. However, a reader who’s unable to engage with video games is unlikely to weather the same criticism. Casey and her co-worker are both bookish young people, intellectuals in the making, who clearly favor reading over most anything else. But Culkin’s character raises an evocative and perhaps alarming point, challenging the tendency of readers and other connoisseurs of art to believe that their interests render them better people and are superior to other people’s pursuits. Is art another evasion for the introvert? The co-worker asks Casey, “Are we losing interest in everyday life?”

It might not occur to the audience until much later in the film that the co-worker is telling Casey that he’s in love with her, asking this guarded and intelligent young woman to truly see the person facing her every day among the comforting cavernousness of the library. This conflict would be enough for a good film, but Kogonada, who challenges every potential platitude that he uncovers, allows us to see that the co-worker also gently and almost imperceptibly retreats from Casey when she opens up to him.

Columbus is invested with the empathy, curiosity, and attention to detail that drive the video essays that Kogonada has produced for the Criterion Collection and Sight & Sound, among other places. A key to the film resides in a question that Kogonada posed in his extraordinary analysis of the work of director Hirokazu Kore-eda: “Does cinema offer escape from this world? Or deeper entrance?” These concerns implicitly fuel the co-worker’s occupation with attention bias, and they elucidate Casey’s obsession with the modernist architecture in their hometown of Columbus, Indiana. Art heightens a connection to the world, nurturing a sensitivity and an awareness of one’s surroundings, but it can quickly become an introvert’s crutch, providing an illusion of a life lived in full, rather than as an existence devoted to collecting and analyzing the ghosts of other artists’ dreams.

Kogonada surveys the town’s architecture with the exacting, worshipful eye that he’s brought to analyzing the cinema of his heroes, and it’s impossible not to wonder if Casey’s awakening—her discovery of her right to live her own life and to create her own art—is representative of Kogonada’s own drive to create. Like his video essays, Columbus is intensely occupied with the ways in which the space and symmetry of images reveal character and emotion.

As Culkin’s character discusses attention bias, our gaze is drawn to the square pattern in the library’s ceiling, which suggests a kind of cubist green quilt with lights housed in each geometric structure—the sort of wonderful texture that the co-worker feels they may be missing. A little later, Casey observes that a church has been designed with a deliberate sense of asymmetry, yet its total effect is one of balance. Every image is rich in striking, supple through lines and prisms, which are often made asymmetrical by the placing of human characters in the frame, celebrating the unlikely wealth of art that abounds in this town, capable of being beholden by citizens of all walks of life, as well as the distance from life that art can both obfuscate and crystallize.

Kogonada doesn’t fall for the false dichotomy between intelligence and emotion that frequently mars American culture, understanding that—for people such as Casey, her co-worker, and a visiting Korean book translator, Jin (John Cho)—intelligence is emotion, as well as a code of morality. Casey and Jin meet and engage in an erudite courtship that’s nearly unprecedented in American cinema, which Richardson and Cho perform with a lucid and magnificently poignant sense of control. The seeming miracle of Columbus is its mixture of formal precision with a philosophical grasp of human mystery, which recalls the work of Kogonada heroes such as Hitchcock, Tarkovsky, and Antonioni. Until the ending, Casey and Jin are often refracted through mirrors and other surfaces when they risk revealing too much of their pain and desire, suggesting their urge to efface themselves with their interests and blend into the nesting designs that comprise the grand patterns of life.

A relationship between symmetry and asymmetry governs the images as well as the narrative structure. Jin’s emotionally trapped by estrangement from his ailing father while Casey is, by contrast, suppressed by her devotion to her recovering meth-addicted mother (Michelle Forbes), which she uses as a front for her intellectual insecurity. A few scenes into Columbus, we see a shot of traffic flowing underneath the triangular Second Street Bridge, which we can assume to represent Jin’s arrival into town. Near the end of the film, Casey leaves under the same bridge to pursue her dream of studying architecture. This entrance and exit represent both a symmetry (one person is traded in Columbus for another) as well as an asymmetry, as Kogonada could’ve easily positioned the entrance and the exit as the exact beginning and ending of the film but doesn’t, though Columbus has a pervading emotional balance—a sense of two lives granting themselves the possibility of transcendence.

Kogonada offers, to use a phrase coined by Casey’s co-worker, a “critique of a critique,” as the rapturous clarity of his own images is the very source of his interrogation. In the context of this film, symmetry can mean a balance of life and art or refer to order that’s imposed on life, draining it of vitality. Meanwhile, asymmetry can evoke the wonderful chaos of life, or connote a lack of balance, as artists and aficionados retreat definitively into their own obsessions. Balance is tricky, in other words, and these anxious riddles inform the surpassingly beautiful Columbus with probing human thorniness, as it’s an art object gripped by the possibility that art, in the right light, can insidiously launder alienation. Though life without art, for people such as Casey and Jin, is akin to life without life.

The image is strikingly attractive, honoring Kogonada’s symmetrical, colorful compositions, the beauty and fastidiousness of which reflect the emotions of characters who qualify their yearnings via discussions of architectural aesthetics. Colors are sharp—perhaps sharper than they were in the theater—and details are plentiful, with particular textural emphasis accorded to the buildings that serve as a kind of visual Greek chorus. The soundtrack is necessarily subtle, as this a film that’s often composed of silence and whispers, which are well-balanced here with a rich score and the minute sounds of the everyday.

The most notable supplement is a select scene audio commentary by actors John Cho and Haley Lu Richardson, who’re both intelligent, sensitive, intuitive performers who seem to enjoy a camaraderie similar to that of their on-screen counterparts. They speak of the various physical challenges inherent to their roles, particularly Richardson’s stillness in the film, which is somewhat at odds with her more frenetic way of being in real life. Cho and Richardson also celebrate working with Kogonada, whom they cumulatively describe as having an exact yet flexible vision. The deleted scenes are fine on their own, offering additional texture about the protagonists, though not revelatory. (In other words, they were justifiably cut.) A seven-minute short film by Kogonada, “Columbus Story,” free-associatively mixes footage of making the film with additional narration about the buildings of Columbus, Indiana. The theatrical trailer rounds out a slim but charming package.

Kogonada’s elegant and moving narrative debut has been outfitted with a lovely transfer that will hopefully expose the film to new audiences.

The White Lotus Season 2 Review: A Deliciously Dark Satire of the Messy Myths We Make

Montana Story Review: A Well-Acted but Monotonal Elegy to Rapprochement