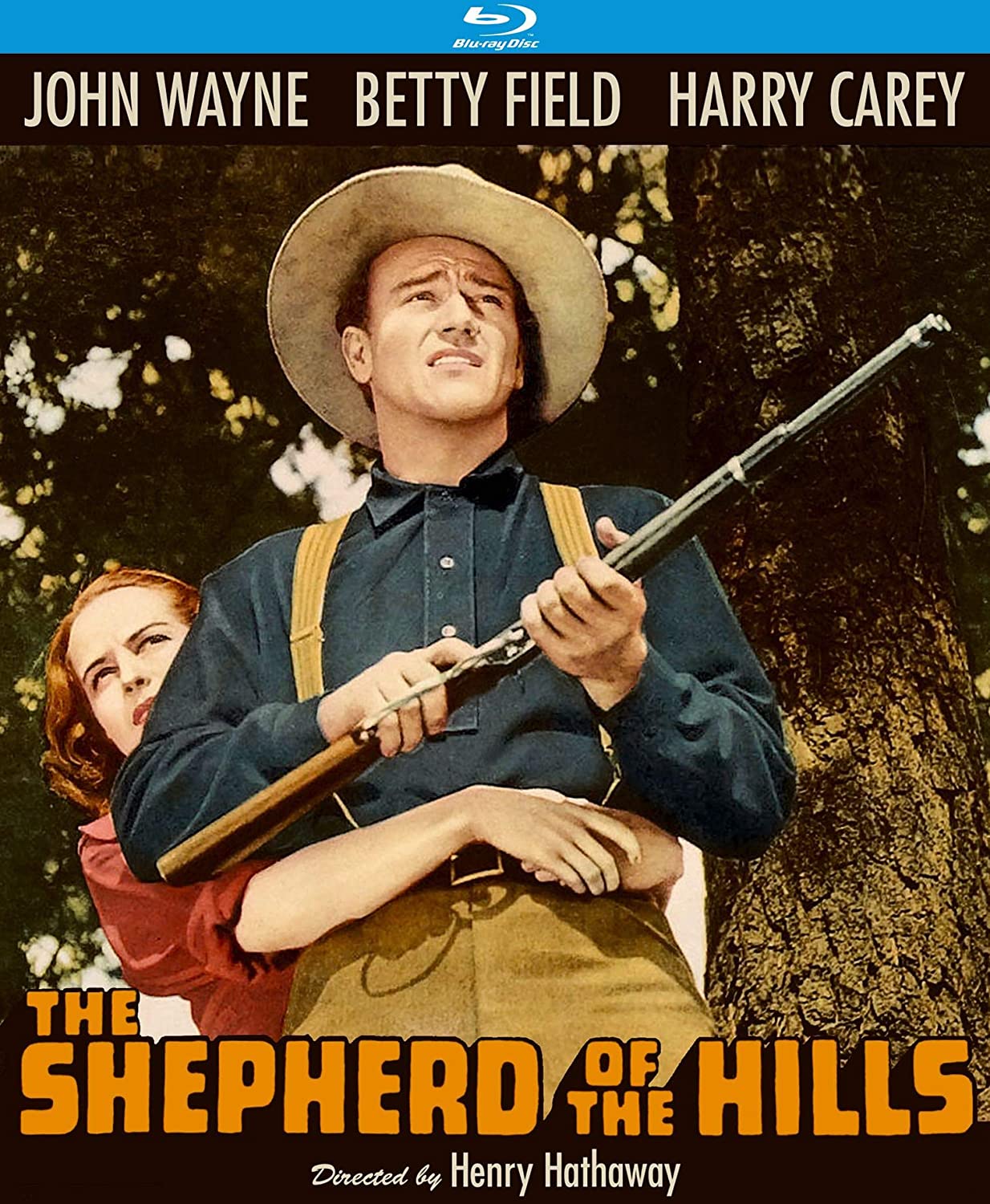 Ostensibly about the bond between an Ozark mountain community and its land, Henry Hathaway’s 1941 Technicolor drama The Shepherd of the Hills reveals as much, if not more, about the love of a director toward the natural beauty of his home state. Filmed 7,000 feet above sea level in the forests around Big Bear Lake (roughly 4,000 feet higher than the altitude of the film’s southern Missouri setting), this adaptation of a bestselling Harold Bell Wright novel is a startlingly gorgeous paean to the golden meadows, dense pine canopies, and steep vistas of the San Bernardino Mountains—all of it bathed in the honeyed warmth of the California sun. Setting itself apart from other early Technicolor films that privileged pops of vibrant primary color, The Shepherd of the Hills is painted in delicate, earthy tones, giving the impression that we’re viewing its images through one of the bottles of illicit moonshine produced by its cantankerous central family, the Matthews clan.

The pride of the family is Matt (John Wayne), a cerebral, stubborn boy whose better qualities—including his love for good-natured local girl Sammy Lane (Betty Field)—are jeopardized by the bitterness he harbors toward the father who abandoned his family years earlier, leaving his mother to die while stunting him with an unsatiated hunger for revenge. Even as the film’s script identifies this fixation with a past trauma as a handicap on Matt’s heart, Hathaway betrays a deep compassion for the gravity of his situation in a number of scenes in which the boy visits his mother’s gravestone, located on one Moaning Meadow, a plot of land the family refuses to sell lest it cease to be the symbolic site of their accumulated grief.

Opposite Wayne, and bringing an unadorned directness to his role, is an aging Harry Carey as the enigmatic Daniel Howitt, a man of unknown origin and impressive means who arrives in this small backwoods community hoping to settle down there. In this town of scrupulously heeded rituals, however, Howitt is greeted by all but Sammy as an unwelcome outsider, a perception that only starts to break down as he embarks on a series of good Samaritan gestures that include funding the medical treatment of a blind dowager, Granny Becky (Marjorie Main). At first his generosity seems purely a matter of disposition, though gradually and with great subtlety, Hathaway hints at Howitt’s personal connection to the land. In a magnificent scene whose funereal tone matches that of Matt’s gravestone respites, Howitt takes stock of the abandoned old cabin in Moaning Meadow, meditating upon the objects left in the living room, all of them inscribed with Matt’s mother’s name.

The look and feel of this scene—largely scoreless, shot in rich chiaroscuro, and patiently cut to grant weight and significance to each image—matches the languid spaciousness of many of the film’s finest moments, all of which suggest a director enamored of the folksy lifestyles on display, and deeply respectful of this fictional community’s sense of history. Wright wrote The Shepherd of the Hills after summers spent in an Ozark commonwealth, where the author ostensibly drank in people’s mellifluous mountain-speak, which is carried off with casual confidence by the film’s actors. (“Mighty pretty thing for human gladness,” muttered by Granny Becky when she sees a friend’s joyful tear after a medical miracle restores her sight, is an especially memorable nugget.) That Wayne passes off his dialogue-heavy role—he gets two lengthy monologues, including one with Carey, his idol—with such melancholic nuance is particularly impressive after the actor’s breakthrough turn in Stagecoach just two years earlier, a performance that pointed to a more heroic, physical star persona.

In certain places, such as a closing shot of grazing sheep that drips off the screen with magic-hour dewiness, Hathaway’s reverence for his milieu very nearly borders on kitsch. But The Shepherd of the Hills is a story about the transformative power of optimism and forgiveness (Wright was a devout Christian), and Hathaway invests wholeheartedly in the premise, prioritizing hushed psychological drama over the action he was so known for. In granting considerable time and space to observe the slow revelations of his characters, and rooting them so firmly in natural splendor, he turns this artificially constructed scenario into something that feels not only authentic, but genuinely spiritual.

Henry Hathaway and cinematographers W. Howard Greene and Charles Lang use Technicolor in remarkably counterintuitive ways in The Shepherd of the Hills, emphasizing the auburn warmth of log cabins and fireplaces and only letting certain wardrobe pieces depart from the muted chromatic palette. Though such a brownish patina may easily have appeared muddy in a digital transfer, what Kino Lorber has accomplished with this disc is stunning. The image is sharp with painterly detail and fine variations of color, albeit without ever appearing as though too much filmic character and grain was scrubbed away. The soundtrack isn’t quite as rich—it’s easy to long for more natural ambience that simply isn’t there in the source material—but in a film of so many quiet passages and whispered monologues, there’s never anything inaudible.

Film critic Simon Abrams delves into the film’s production history, its style, anecdotes about its cast, and even discusses the unlikely touristic legacy of the film’s Ozark setting in his well-researched commentary track. Also included here is a grab bag of contemporaneous trailers.

A generous ode to a rural community and a touching intergenerational drama lavished with pictorial beauty, Henry Hathaway’s The Shepherd of the Hills demands a more robust home-video treatment than Kino Lorber provides here.