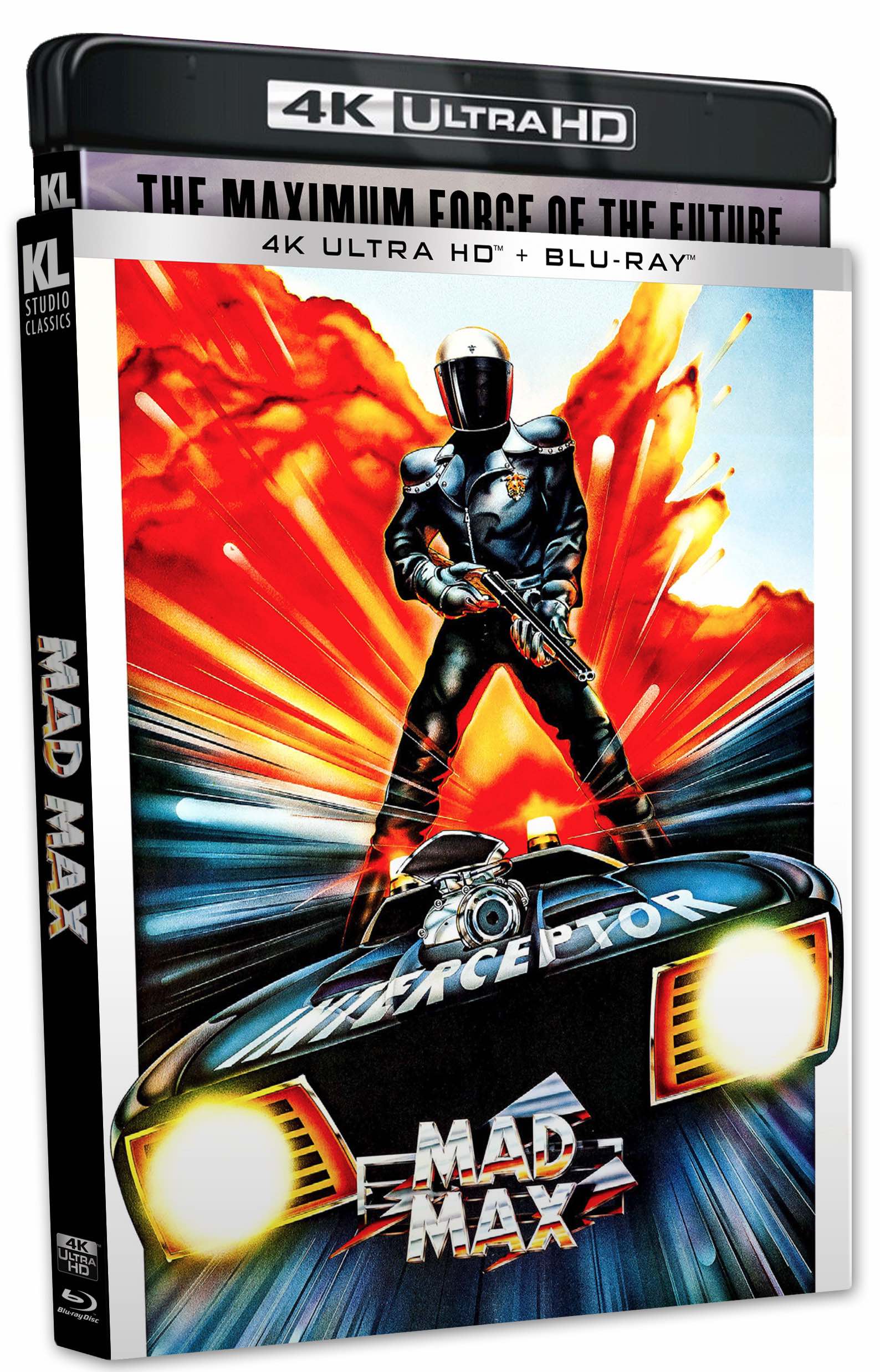 The apocalypse, whatever may have caused it, wasn’t particularly devastating to the Melbourne landscape that George Miller’s Mad Max takes as its setting. Green grass and blue skies are intact, and seeing as groceries and food are still readily available for purchase, it can be assumed that capitalism survived as well. But chaos still reigns, as the roads are rife with motorcycle gangs, addled speedsters, perverts, thieves, and a myriad of other criminals who take what they like from others and kill without fear of reprisal. The chief reason for their cavalier attitudes is that the ranks of the Main Force Patrol (MFP), the remnants of Australia’s highway patrol, have been pared down to a ragtag gang of leather-clad lawmen who drive around in refitted Melbourne police cars.

The most feared of these automobiles carries the name “Interceptor,” driven by the most trusted and skilled of MFP men, Max Rockatansky, played by a young Mel Gibson. In the fantastic opening scene, the MFP’s pursuit of a crazed speedster, nicknamed the Nightrider, are carefully punctuated by shots of Max’s slow preparation for the last leg of the chase. As expected, the Nightrider meets his end in a blaze, but even as Max goes home to see his family and receives congratulations from Goose (Steve Bisley), his partner, a more wild and treacherous force, a motorcycle gang, takes up the Nightrider’s cause and begins a campaign of bedlam on his behalf. Led by a tyrannical madman known as the Toecutter (Hugh Keays-Byrne), the gangsters take responsibility for several heinous acts before they decide to target Goose, Max, and, toward the end, Max’s family.

Often hailed as one of the chief cinematic exports of the Ozploitation era, Mad Max should be noted more as a miracle of economic filmmaking than as a narrative landmark of Australian cinema. Budgeted somewhere slightly north of $300,000, the film is exciting, fleet-footed, and beautifully, ominously shot by then first-time cinematographer David Eggby. In comparison, Smokey and the Bandit II, a film built on similar facets and released in the same year as Mad Max, though wholly different in tone, was given an immense budget and failed to illicit anything but a few ironic guffaws at unintended moments and a chorus of yawns. The lean budget ultimately works to Mad Max’s advantage: The Australian landscape conveys dissolution and ruin far better than any stylized future world could and Miller builds remarkable tension from scaled-back action sequences and some superb car chases.

Much of this action lands in the final 30 minutes, making the film a bit back-loaded and even a bit anticlimactic. Max’s inevitable showdown with Toecutter comes early and ends too easily, but the film’s final scene, which inspired James Wan and Leigh Whannell to write the first Saw film, thrusts a stake deep into Max’s belief in balanced justice. Politically, Mad Max is about as barebones as action films come: The good guy is a family man who gives justice a chance while the villains are without morals, conscience, sanity, or even a spec of humanity. Art director Jon Dowding once likened Toecutter’s regalia to that of Genghis Khan, while Max wears a near-tailor-fitted, sufficiently badass leather outfit and a pair of aviator shades.

Peter Weir’s Gallipoli is credited for showing Gibson in a more romantic light, leading him to his most popular performance as Riggs in the Lethal Weapon series. Looking back, Gallipoli hardly carries the same specialized importance given to Mad Max and is, at the end of the day, generally overrated. One could say plenty about what’s happened in the subsequent years with Gibson, but his charisma and sheer presence in Mad Max is undeniable. Roaming the asphalt with a sawed-off shotgun, Gibson plays the last snapped sinew of true justice in a world gone wrong, a role he would return to in several other forms. In fact, Mad Max can now be seen as setting the political tenor of Gibson’s career. One could only wish it had also set the bar for his creativity as well: Braveheart made on a budget of $300,000 would be quite the sight.

Intel is scarce online regarding whether this Ultra HD edition of Mad Max is in fact the result of a new 4K remaster, but this much is clear: The image on the disc leaves prior home-video incarnations of the film in the dust. Certainly, given the luxuriously sturdy grain resolution, Mad Max has never looked so film-like on the small screen as it does here. Additionally, skin tones are warm and natural, and beyond a few yellows and reds that take on an almost neon quality in the light of day, the range of colors is deep and rich. (Pop in the accompanying Blu-ray disc and you may do a double take when you notice how much darker the image there is in comparison.) The audio hasn’t gotten the same facelift, as we get the same DTS-HD Master Audio tracks here that we’ve heard before, but if you’ve seen Mad Max, and as such are familiar with its low-budget origins, then you know that there isn’t much that can be done to make the dialogue during the many action sequences sound as if its competing to be heard over the din of the carnage that plays out on Melbourne’s highways. Nonetheless, there’s still a lot of dynamism in the mid-range, and the action sequences are suitably immersive.

Most of the extras, which, for better and worse, are only available on the accompanying Blu-ray disc, have been ported over from prior editions of the film. The chummy commentary track, moderated by filmmaker Tim Ridge, features cinematographer David Eggby, art director Jon Dowding, and special effects artist Chris Murray, and it’s a wellspring of anecdotes about this galvanizing film’s making. The only new feature is a 30-minute interview with George Miller recorded during the pandemic via Zoom that finds the auteur reminiscing about the film’s production and coolly showing off his cinephile bona fides by referencing filmmakers, including Charlie Chaplin and John Ford, whose cinematic triumphs paved the way for Mad Max. Rounding out the disc is a series of interviews, a featurette on Mel Gibson and his breakout role in the film, and a series of trailers and TV and radio spots.