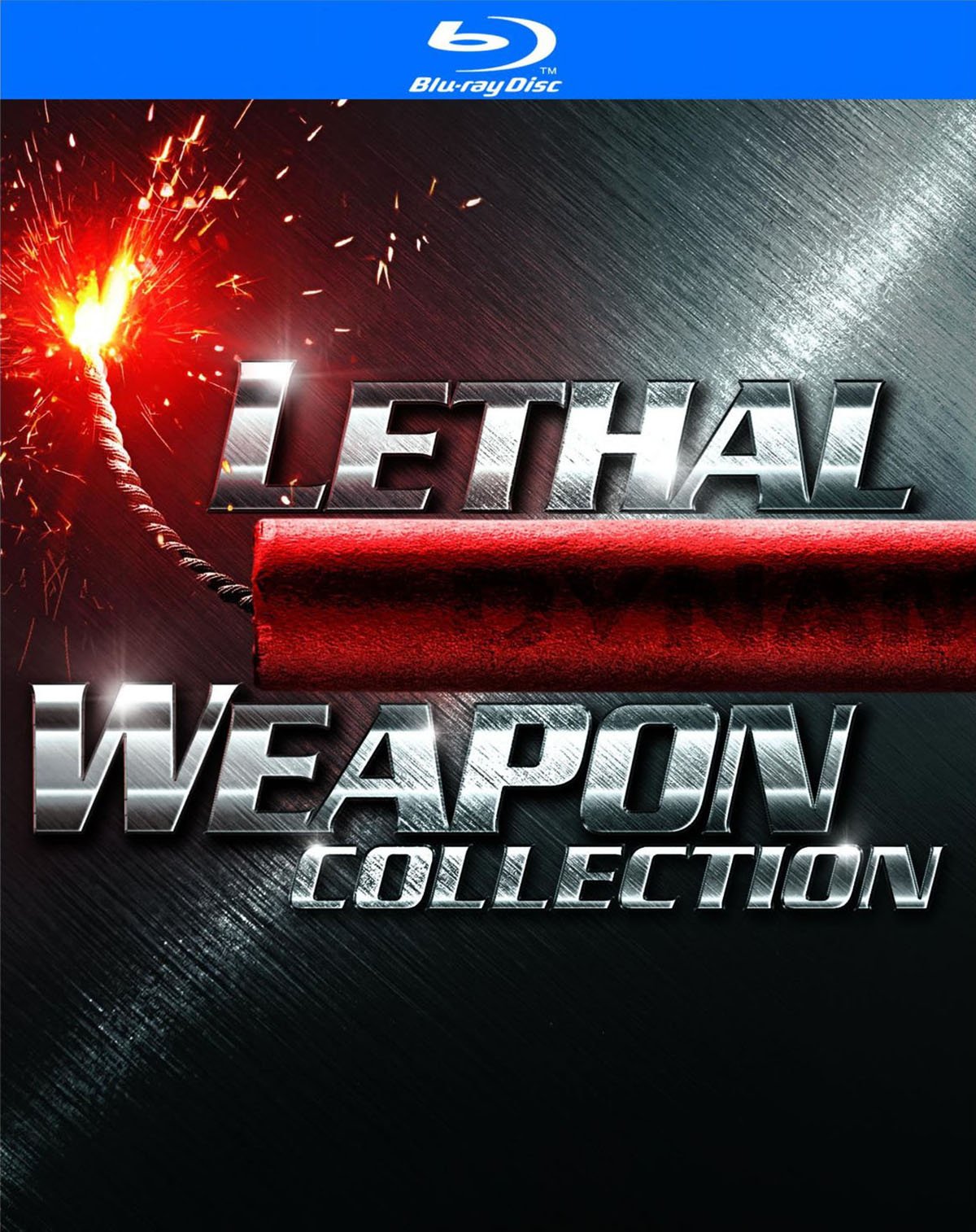 On March 7, 2012, Montreal student protester Francis Grenier lost his right eye when a police stun grenade exploded near him during a peaceful sit-in. Would that fact be more agreeable or digestible if we knew that that police officers responsible were kind-hearted, sensible family men, just average working joes trying to get by like the rest of us? Would we think their actions more reasonable if we knew them to be slightly unhinged but exceptionally proficient, or if we came to enjoy their zany, quick-witted wisecracking? Danny Glover’s warm, likeable Roger Murtaugh, often tired and inching toward retirement, tells us in the first installment of the Lethal Weapon franchise that he’s “too old for this shit,” but that doesn’t stop him from ruthlessly and efficiently killing something like two-dozen men in that buddy action-comedy and each of the three carbon copies that followed it. The films are just as ruthless, and just as efficient. Richard Donner has proven himself a highly capable director of both action and comedy, and his acute understanding of space and timing make the Lethal Weapon films, each a sterling blockbuster archetype, perhaps the most immediately gratifying and easily watchable film series of all time. But that ease is disconcerting. It suggests that, while the films are busy selling us an idea of the modern police officer as a paragon of morality and valor, humanized but heroic, we’ll be too distracted by the bright lights and loud noises to notice that we’re buying it.

Maybe you think that sounds extreme, a bit of undue alarmism from a self-serious critic. The Lethal Weapon movies, after all, are intended only for casual consumption, for good, old-fashioned, purely American fun. We’re meant to relish the wacky, high-octane exploits of Mel Gibson’s Martin Riggs and his partner Murtaugh, two mismatched but equally lovable officers who excel at knocking off criminal masterminds. We love to watch criminals get their comeuppance, and in Lethal Weapon the bad guys get it hard, but always have it coming. In the second film, a South African smuggler gets gruesomely decapitated by a surfboard, a sight gag that Riggs laughs about—well, the smuggler was clearly evil, and anyway, he was trying to resist arrest, so it serves him right. Cops cracking skulls: It’s just justice being served, and when it’s done with such panache, who but a criminal or communist could possibly object? Crime-fighting, in the hands of Riggs and Murtaugh, is always a rollicking good time, and the cavalier attitude with which its enacted reassures us that police work is handled by people we can like and trust.

This isn’t to say that either Donner or screenwriter Shane Black had any kind of pro-authority, pro-force agenda in mind when they devised the freewheeling antics of Lethal Weapon. But major Hollywood productions are almost always products of a dominant ideology greater than themselves, and because they perform the dual function of both reflecting and informing popular opinion, movies like Lethal Weapon are ultimately both by and for a culture ready to relish the action. It’s distressingly problematic to think about, but hugely enjoyable to watch unfold, which means its effects are insidious; you could call it popcorn propaganda, or, to borrow a phrase from Jonathan Rosenbaum, “entertainment as ideology,” an argument for the status quo smuggled in between laughs and a six-pack of beer.

The problem is universal, but in the case of the Lethal Weapon series, time and place play an important role in the application of their message. Though it was more than 20 years in the past by the time the first film was released in 1987, the specter of the Watts riots hangs over the proceedings from the moment it begins—as it probably must for any Los Angeles crime drama that takes police officers as its endearing heroes. I think it’s significant that, while the central relationship in the film is prominently one of racial difference, the tension in the relationship isn’t predicated on racial difference in the slightest; in fact, the film makes a point of effacing that difference rather than using it as a source of either drama or comedy (while the New York buddy action-comedy Die Hard With a Vengeance had no problem making the racial tension between Bruce Willis’s white John McLane and Samuel L. Jackson’s black Zeus a major dramatic rift and source of humor). Its inclusiveness deflects accusations of racial prejudice or malicious intent, and the one explicit reference to white-on-black police brutality (a young child says that he heard cops shoot black people) is shrugged off because, naturally, there can’t be racism in the police force if there are prominent black cops.

The Rodney King incident was still a few years off (1992, the same year Lethal Weapon 3 was released), and I imagine institutional corruption and prejudice so extreme and in the open seemed like a vestige of the 1960s, the real oppression carrying on unspoken and unheard of. But then I think of another sort of buddy action-cop film from the 1990s, Charles Burnett’s The Glass Shield, in which a black cop is manipulated, threatened, and eventually framed by his all-white department, and the two worlds of ostensible crime fighting seem totally irreconcilable. Not that every film needs to be a penetrating social study or a pointed, naturalistic critique, but my point is that this kind of shit still happens daily in the real world and nobody really seems to care. Whether it’s Quebec’s draconian Bill 78 or the guys from Animals As Leaders getting their heads kicked in by the Boston police, infuriating, terrifying stuff is going on literally right now, all around you, and it doesn’t matter one bit whether the cops involved are wise-cracking crazies or well-meaning old timers.

Lethal Weapon is an enduring blockbuster, still a fan favorite, and given how hard it pushes its conception of the ass-kicking coppers as unstoppable heroes, that’s sort of depressing. Are there good, likeable, totally friendly, and morally okay police officers? Sure, yes, I expect there are many more than there are cops who are corrupt or violent or morally repugnant. But the film about the latter is woefully obscure, its tale of corruption by one of America’s greatest filmmakers mostly forgotten, while the movies about cops who heartlessly dispatch villains by the dozen, wreak havoc on public property, and seriously ask questions like, “What are you, a fag?” (as Riggs does in the first Lethal Weapon) are lavishly repackaged and sold to millions who love still love them. Where’s the justice in that?

Warner’s previous attempt to bring the first two entries in the Lethal Weapon series to Blu-ray was notoriously disappointing, but they’ve taken the opportunity afforded by this new collection to right their earlier wrong. Both newly re-encoded transfers show enormous, immediately obvious improvements over their 2006 iterations, and fans will be pleased to see original films as they were intended to be seen: Colors are rich and deeply saturated (if at times a little red-heavy), close-ups show impressive detail, and black levels are nice and inky throughout. The opening few shots of the first film—a long tour around L.A.’s nighttime skyline—are disconcertingly grainy, but it proves a singular blip in an otherwise consistently gorgeous transfer.

Both the third and forth Lethal Weapon, here making their HD debut, look noticeably clearer and brighter than their ‘80s counterparts, but that’s largely attributable to the different (though not necessarily improved) styles of shooting Hollywood blockbusters popularized through the mid-to-late-‘90s. The two films look technically impeccable, but, having said that, I actually prefer the feel of the first iteration, if only because the added grain and murkiness gives it a texture I find preferable to cleanliness. In fact, because the series was helmed by one director, but spans more than a decade, the distinguishable appearance of each transfer—a steady “improvement” resulting from their relative newness—becomes a sort of small-scale history of Hollywood’s house style. It’s weirdly fascinating.

As with the flagrant picture issues of the first two Lethal Weapon films’ 2006 discs, the muddled and entirely unexceptional Dolby mixes of the earlier releases has been mercifully replaced with lossless DTS-HD tracks. The result, unsurprisingly, is excellent in both cases: The surround presentation is dense, booming, and exactly as loud as it needs to be for movies this incessantly noisy. The third and fourth films, in keeping with their age, sound comparably great but sonically expanded, but unlike their squeaky clean appearance, the change in sound quality does indeed register as a major step up.

Above and beyond the movie-specific extras ported over from earlier releases (theatrical trailers, commentary tracks, and a slew of deleted scenes), the Lethal Weapon Collection includes a standalone fifth disc of special features, a gesture of good faith toward die-hard fans of the series (not to be confused with fans of the Die Hard series). The disc features four HD featurettes detailing various aspects of the series’s production and, more interestingly, its impact in popular culture. Though the material is pretty fluffy, the fact that we’re given nearly four hours of content suggests the work of a studio that really does care about its now-legendary franchise—or at least cares enough to emphatically validate the value of their enduring franchise.

A lavish, high-caliber release of four blockbuster classics, the Lethal Weapon Collection is must-have for fans of fun and police brutality.