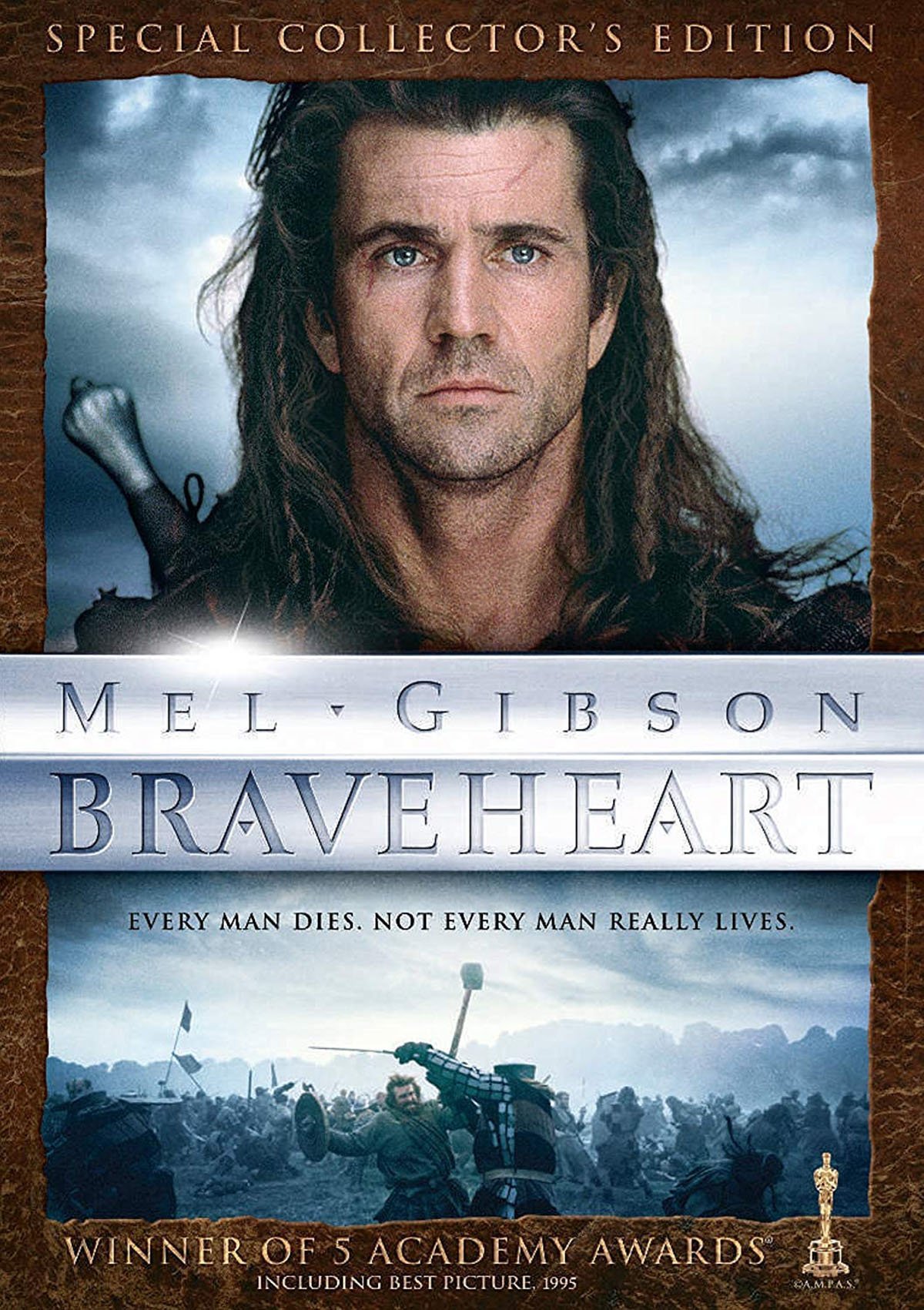 Almost 12 years since its surprise Oscar victory, Mel Gibson’s first epic exercise in bloodletting remains the most hilariously sexed-up piece of pap to ever take home the golden statue. Totally oblivious to itself, Braveheart is the ultimate ode to unspoken man-on-man love, its action sequences shot like a perpetual cock tease of penetrations and thwackings before the climactic war-cry cum shot. Which isn’t to say that Gibson’s own William Wallace doesn’t melt in the presence of the woman he loves—rightfully so, given her heavenly splendor, a virtue the film has no idea what to do with—but there’s something implicitly queer in the film’s overexerted masculine camaraderie, in which buddies toss boulders at each other for sport and even the thrusting of a white hot steel prong into one’s chest (so as to remove the head of an equally phallic arrow) is just another post-battle annoyance.

More apparent in retrospect, though, is the film’s blatant Christ symbolism. Casual moviegoers have often mistakenly thought Mel Gibson to have played Jesus in his Passion of the Christ, an assumption not entirely without basis seeing as how everyone’s favorite anti-Semite practically took on the role almost 10 years prior. His is the angered God of the Old Testament, loving and righteous but equally ready to lay waste to all who oppose him, and so too does Wallace dish out his love and vengeance with equal portions of schmaltz and savagery, his Word manifest not in the form of prayer spread throughout the land but that of a war against mustache-twirling English imperialists.

The film’s rather trite evocation of Scottish history in the midst of British oppression remains its most fleeting element, substituting polished aesthetics, quotable speeches, and superficially bravura camerawork for a genuine examination of historical legend, while its would-be woozy romance remains muted beneath the weight of both its unmerited running time and overly orchestrated sense of tragedy. Never before have the dark ages looked so plasticine and manicured as in Gibson’s panoramic lens, and nor has any single image of the director’s career been more encapsulating than that of Wallace, limbs outstretched in a Christ pose just before his final gutting. In this final moment of masochistic glory, Gibson and Wallace become one, a man of fire and passion ready to kick your ass into complacency. So inspiring is his message that my own girlfriend channeled it, in the warning I received prior to my reviewing the film: You’d better love it, or I’ll disembowel you.

Having not seen the film’s previous DVD release, I cannot attest to how much this new package may or may not improve on the former specs. Nevertheless, this new set is probably as close to as perfect a transfer as one can get. In keeping with the film’s sterile aesthetic, the image is as polished and flawless as any big budget Hallmark gift card could ever hope to be, while everything from the crunch of Mel Gibson’s metal balls to his declarations of freedom ring through with crystal clarity on the impressive audio track.

Fans of Gibson’s romantic epic will be able to swoon time and again with the plethora of special features packed into this two-disc set. On disc one is Gibson’s own ego-inflated commentary track, and while his tendency to remain silent for long stretches make it something of a bore, it’s an ultimately rewarding listen if only for the occasional remark that proves how intelligent he truly is (such as when he compares William Wallace’s political attitudes to those of Niccolò Machiavelli). On disc two are a bunch of relatively standard but still interesting featurettes (once again, fans will rate these higher): “A Writer’s Journey,” in which screenwriter Randall Wallace recalls his own creative process starting with his first meeting with Mr. Gibson, the hilariously titled “Alba gu Brath! The Making of Braveheart,” which tracks the production of the film in three separate chunks, and “Tales of William Wallace,” an exploration of the actual history behind the story. Rounding out the set are some archival interviews, a jazzed-up photo montage, and two original theatrical trailers.

The only thing missing from this set is the preview for Gibson’s next film: Dead Things I Beat with a Mace and Smear Across My Hairy Catholic Chest.

DVD Review: Hitchcock’s The Lady Vanishes on the Criterion Collection