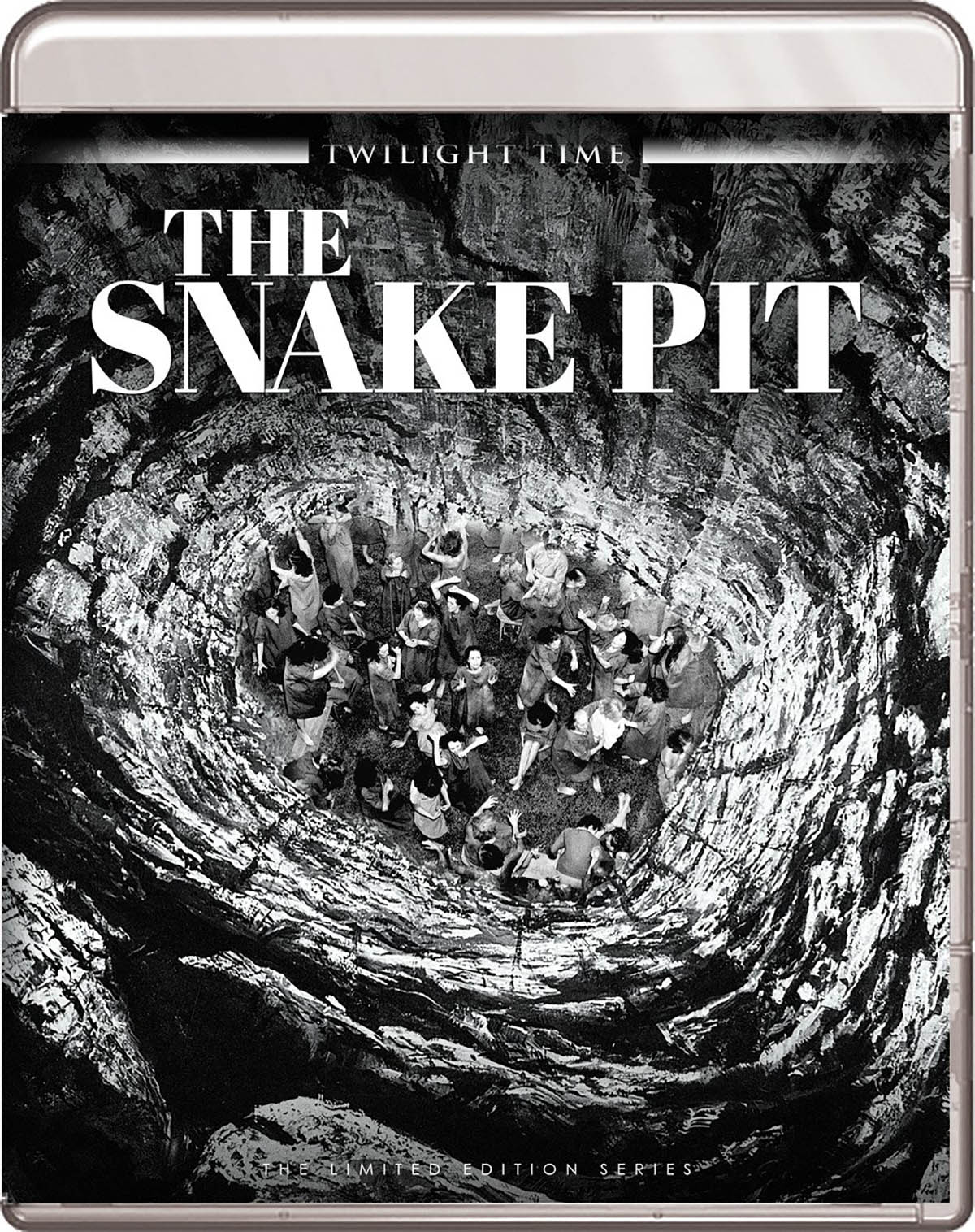 The release of Anatole Litvak’s The Snake Pit in 1948, on the heels of Mary Jane Ward’s semi-autobiographical book of the same name, ushered in a sea change—namely, the reform of state mental hospitals. And although it stands as Hollywood’s first peek into the horrors of mid-20th-century mental institutions, it’s now more fruitful to view it in tandem with the more psychologically elaborate women’s films of the 1940s, such as Rebecca, Gaslight, and My Name Is Julia Ross, than with the decidedly more raw and authentic depictions of psychiatric hospitals that came down the pipeline in subsequent decades.

That isn’t to suggest that The Snake Pit doesn’t lack for disturbing sequences, from Virginia’s (Olivia de Havilland) first electroshock treatment to the stretch of time she spends in a squalid, overcrowded ward reserved for the most severely mentally ill patients. There’s even an unsympathetic nurse (Helen Craig) who’s on hand to squelch any sense of agency that Virginia develops throughout her extended stay in the hospital, and whose sadistic authoritarianism foreshadows that of Nurse Ratched from One Flew Over the Cuckoo’s Nest.

But perhaps because the public in the late ‘40s was so oblivious to the realities of such institutions and the basic tenets of psychology, Litvak frequently defaults to an educational mode of filmmaking. From sympathetic Dr. Kik (Leo Genn) straining to explicitly lay out the various methodologies of psychoanalysis to de Havilland’s excessive voiceover, which laboriously spells out every aspect of Virginia’s turmoil, the film’s banal narrative strategies lead to purely descriptive passages that hold viewers’ hands every step of the way. Every ounce of nuance and ambiguity is sufficiently squeezed out of the film in such moments, which are geared toward explaining mental illness rather than plumbing its complexities.

Litvak’s sympathetic fixation on Virginia’s suffering does become more compelling when The Snake Pit navigates the myriad ways that the men in her life—from her manipulative, domineering former boyfriend, Gordon (Leif Erickson), to her emotionally absent father (Damian O’Flynn)—have mistreated her. Told in flashbacks, these scenes delve into the root causes of Virginia’s nervous breakdown and subsequent hospitalization, transforming her suppressed memories into living nightmares. And as she’s forced to relive these past tragedies, the film takes on a distinctly feminine, if not feminist, perspective, outlining how Virginia’s ambitions to transcend the prescribed limitations of gender, evidenced by her work as a writer, are placed in the vice grip of seemingly inescapable patriarchal pressures.

It’s all a bit Psych 101 in its approach, further reinforced by the portrait of Sigmund Freud on Dr. Kik’s wall that looms high in the middle of the frame, paternally gazing down upon the doctor and Virginia during each of their sessions. But de Havilland’s emotionally expressive performance is so tightly controlled that she carries the film through many of its weaker stretches. Her uncanny ability to subtly shift moods on a dime, and sometimes several times within the same shot, lends credence to Virginia’s unshakeable sense of paranoia, repressed guilt and creeping self-doubt, making her suffering feel genuine and heart-wrenching. As Virginia grapples with her inner demons, as well as a memory loss that leaves her disoriented and unsure of who she can trust, The Snake Pit periodically transcends its archaic psychological trappings to become an empathic examination of a woman battling both the internal and external forces that seek to fully erase her sense of self.

Twilight Time’s transfer is uniformly crisp and free of debris, boasting intricate details in both the interiors of the mental institution and in the actors’ faces. The blacks aren’t terribly deep, but the image contrast is still more than serviceable and consistent throughout. While the film consists primarily of interior close-ups and mid-shots, whenever Anatole Litvak opts for wider perspectives, such as in the overhead shot that reveals the meaning of the film’s title or the elaborate long shots during Virginia’s stay in the ward for the severely mentally ill, there’s an impressive clarity to the depth of field. The sound on the disc is also quite robust, enhancing the subtleties of both Alfred Newman’s wonderful score and the ambient background noise that fills out the soundtrack during scenes in the more overcrowded portions of the hospital.

A commentary track with film historian Aubrey Solomon is the lone substantial extra on this disc. Solomon provides the historical context surrounding the original theatrical release of The Snake Pit, describing the film as both of a piece with the sorts of socially relevant dramas producer Daryl Zanuck made throughout the ‘40s and an early example of Hollywood representations of psychoanalysis and mental institutions. Unfortunately, Solomon too often spends long stretches of time either completely silent, painstakingly listing out the credits of various actors and members of the production team, or reading direct quotes from critical reactions to the film around its 1948 release. His unpacking of the unsettling sequence in the ward for the severely mentally disturbed does finally touch upon the film’s intermittently expressive camerawork, but such deep, detailed scene dissections would have been welcomed earlier on. The disc also comes with an isolated music track, two vintage radio shows, and an essay by Julie Kirgo that delves into the backstory of how Mary Jane Ward’s novel was adapted to the screen and sings the praises of Olivia de Havilland’s performance.