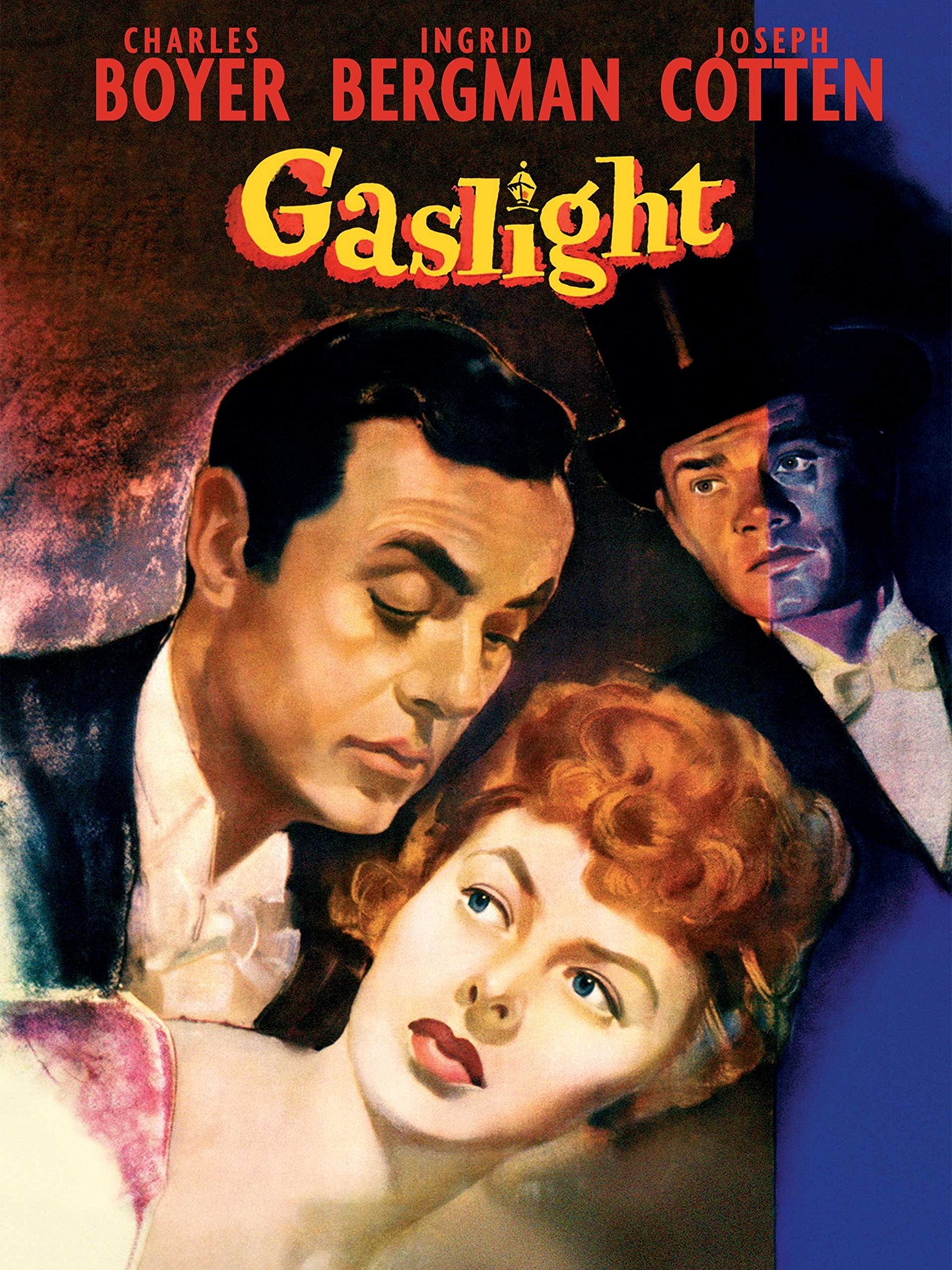 George Cukor’s Gaslight won Ingrid Bergman her first Academy Award for best actress in 1944, and it’s a shame they couldn’t wait a couple more years for her more subtly shaded and good-humored riff on the same character—a callously used woman at the mercy of both her ghoulish husband as well as her would-be gallant liberator—in Alfred Hitchcock’s Notorious. Of course, it’s easy to see why they couldn’t wait.

The role of Paula Alquist, a woman slowly succumbing to the cruelty and isolation inflicted upon her fragile psyche by her husband, Gregory Anton (Charles Boyer), gave Bergman the chance to suffer gloriously for the camera. Whether cowering against knick-knack-covered walls, trembling with fear of the housemaids (especially Angela Lansbury’s Nancy Oliver), or crying out in anguish at a social piano concert, Bergman is a diva in full martyr effect.

Though it was certainly the ne plus ultra of big-screen chillers in its day, Gaslight is now just another one of the myriad overly-dignified and genteel Hollywood melodramas that stole spots on the AFI’s list of 100 most thrilling films from the far more illicit and gleeful likes of Assault on Precinct 13 and The Fury. It may sound flippant to compare these diverse films, but for all the passion Cukor and Bergman attempt to stuff into the creaky domestic premise, Gaslight ultimately adds up to very little in the psychological mind-fuck department, and now pales in comparison to the tightly-wound ferocity of John Carpenter and Brian De Palma.

Part of the problem is that the scenario of the film (Anton is attempting to locate Paula’s murdered aunt’s precious jewelry in the attic) is all but spelled out right from the get go. What with Cukor being content to let Boyer portray Anton as Hollywood cinema’s world-class prick of all time, the audience is left with little to do but watch Paula assume that her husband is right when he insists that she’s losing her mind. There’s no subtlety to this gaslighting, and it’s rather like watching zee Frenchman kick zee puppy poodle for an hour and a half.

There’s also an unconvincing attempt to turn the sanity tables on Anton in the final act, where his passion for precious stones is meant to mirror Paula’s need for marital understanding even at the cost of her mind. Mind you, Gaslight is an expertly directed and evenly paced slow burn (and Dame May Whitty is a stitch, though underused, as a nosy neighbor lady), but its lack of a sound moral and psychological center renders it totally transitory and forgettable.

As Bergman’s music instructor might say to her in his early scene: “You look great but sound terrible.” Actually, terrible is a bit of an undue slam on the audio quality of the disc, because I’m almost positive the mono soundtrack sounds great with very little distortion and sharply delineated dialogue, only I wouldn’t be able to tell, having had to turn the volume almost all the way up on my system half the time just to hear it. I exaggerate a tad, but suffice it to say that the alternate French track is at a much more reasonable volume, so it is disappointing that the English audio is reproduced at such a low level. On the other hand, the video transfer looks quite wonderful. Undoubtedly, films that win major Oscars get extra special attention in the vaults, and as such the blacks are deep and the there’s little in the way of artifacts.

It’s presented as merely a bonus feature on the back of the box, but I’m almost sure there will likely be a few people who will buy this disc solely for the inclusion of the 1940 original British version of Gaslight, starring Anton Walbrook and Diana Wynyard. Though the stuffy, claustrophobic atmosphere is significantly more palpable in the original, the pacing is also a bit too fast to make Wynyard’s spiraling grip on sanity as believable as Bergman’s. And that opening scene, graphically depicting the murder at 12 Pimlico Square, is an unintentionally amusing misfire. Still, it’s interesting to compare the two films. Also included is a brief 13-minute featurette that’s only loosely about the making of the film; mostly, it’s just Ingrid Bergman’s daughter gushing over her mother and Angela Lansbury commenting on how Gaslight was the key-yes, the key-that opened up the door to her career. A vintage newsreel clip of the presentation of the 1944 Oscars and the original theatrical trailer round out the set.

Angela Lansbury’s career as a slut got off to its promising start in George Cukor’s ode to the eggshell-fragile grip women have on their senses whenever confronted by French men.