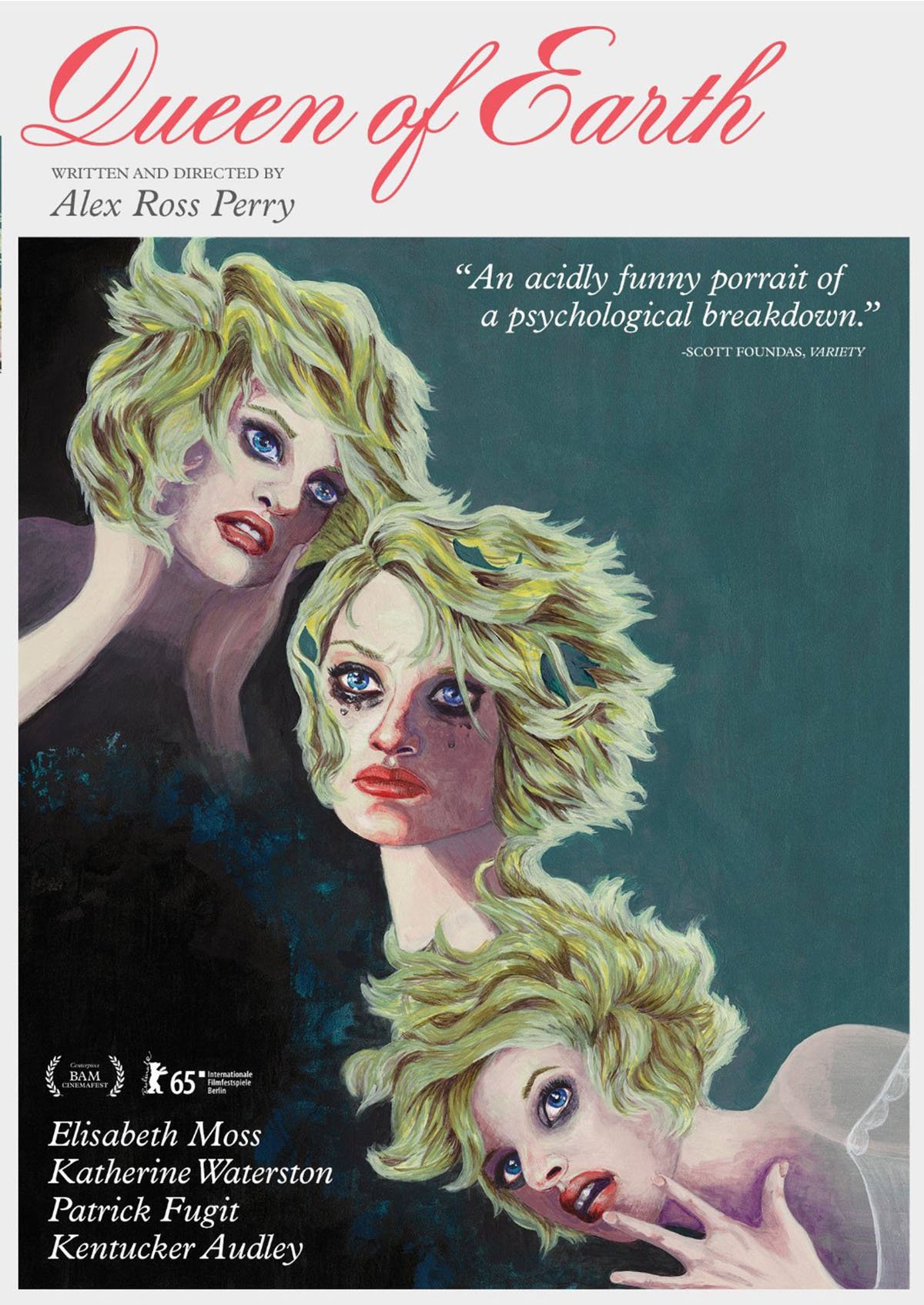 Perry follows the women as they live through grudges that appear to spring from a prior trip up to the cabin, during which the friends’ roles were apparently reversed. The year before, Virginia was emotionally distraught, Catherine parading her now-gone boyfriend (Kentucker Audley) on the premises with mysterious contempt. Now, Virginia routinely invites Rich (Patrick Fugit) over, despite Catherine’s repeated pleas that they spend this time together alone. It’s quickly apparent that these women have issues with one another that reach far back into their relationship: Catherine and Virginia appear to be playing a game whose rules they’ve both forgotten.

Immediately striking is the palpability of the flashbacks to the cabin the year before, which Perry and editor Robert Greene frequently cut to with a deliberate abruptness that often suggests the past and present as emotionally, if not temporally, indistinguishable. (The oft-quoted William Faulkner sentiment about the past has rarely seemed more pressingly vital to a film’s ideology.) The leaps between the past and the present intricately rhyme through montages that bridge one woman’s face or body to the other, emphasizing Catherine and Virginia’s feelings toward their relationship as precariously ever-shifting. The work of navigating an intense, close friendship with someone has rarely been so robustly physicalized in cinema.

One moment we see a distraught Catherine walking down the cabin’s stairway, which cuts to Virginia descending the same stairs, concerned at Catherine’s potential disappearance. These collapses of incident abound throughout, replicating Catherine’s escalating inability to differentiate individual scenes in her life. Catherine lies in a hammock, after an eerie phone conversation that might have entirely existed in her mind, then, without any sense of dramatic segue, she’s at a party that’s presumably orchestrated by Virginia, lost in a crowd that she envisions as a collection of judging interlopers.

Queen of Earth presents itself as a thriller that might end with Catherine killing someone, but that’s a deliberate misdirection used to deny us catharsis in a manner that parallels the protagonist’s irresolute misery. Perry’s prior films are stylish and intelligently pitiless, but they don’t go entirely below the surface of their characters’ cruelty and self-absorption in the way Queen of Earth does. The film is a ruthlessly hyper-tactile examination of a character who, for her clinical depression, experiences everything differently, and more severely, from her theoretically well-adjusted peers, who, in turn, are blinded by class envy and resentments of their own.

Queen of Earth isn’t explaining alienation, but fleetingly contextualizing it. A glancing look, which might be meaningless to almost everyone else, can devastate Catherine. When Rich closes Virginia’s bedroom door as Catherine approaches it, presumably so he can fool around with Virginia, it’s presented, from Catherine’s point of view, as the starkest of betrayals. Catherine can’t even accept a summer salad in a manner that isn’t loaded with portent.

Every beautiful, resonant image in the film is fraught with neurotic, diaphanous riddles. The lake suggests a primordial stew that’s capable of swallowing the characters alive, especially in a startling, seemingly tossed-off composition in which Catherine and Virginia are seen in a two-shot before they’re to go canoeing, with the water immediately behind them, suggesting a fluid sky that might be the portal to another dimension. But Queen of Earth is ultimately a symphony of close-ups. Most obviously, these shots escalate the film’s claustrophobia, but on a deeper plane they revel in the topography of the actors’ faces, encouraging an emotional guessing game as to the source and legitimacy of their characters’ thoughts. And the film’s central set piece is an unbroken eight-minute shot that’s comprised of elegantly alternating close-ups of Catherine and Virginia as they obsess over early heartbreaks.

On their own, these stories are deliberately unexceptional, though we respond to the torment and baggage of their tellers, who’re understood to be unheard by their audience, who wait to unload their own figurative carriage in turn. In the film’s greatest scene, ostensibly concerning Catherine’s heavily symbolic painting of Virginia (which embodies an unsuccessful effort on the part of the painter to “know” her subject), we see Catherine’s magnificent, burning blue eyes as they reveal to us the extent of their possessor’s despair, and then we see Virginia’s, which are deliriously, rapturously angry, even smug. True rapport is revealed to be a pitiful, devastating illusion. Few films have understood depression, so intimately, as a gateway to an island that’s potentially unreachable by the un-inflicted.

The transfer accentuates the film’s watercolor-ish sense of impressionism. Autumnal colors blend and bleed into one another, marked by a grit that informs the images with a strikingly immersive dimension. You feel as if you can reach out and touch these compositions, perhaps dipping your toe into the lake that appears to nearly hover over the characters. The image also boasts wonderful detail, particularly highlighting the subtle nuances of the actors’ faces, as Queen of Earth is, firstly, a symphony of close-ups. One can explicitly discern where the make-up begins and ends on Elisabeth Moss’s face, and this isn’t unimportant to a narrative in which interior and exterior façades are held under rapt yet playful scrutiny. Complementing these flourishes is a certain ineffably analogue roughness. The audio track has been mixed with graceful delicacy, as all diegetic and non-diegetic effects are in explicit yet subtle harmony, though also slightly keyed up. Note the sounds of characters treading on the open road in the second scene.

The audio commentary by Alex Ross Perry and Moss revels in spry discussions of craft that are specific enough to be revealing yet approachable enough so as to be understood by outside audiences. There are allusions to Perry’s increasing confidence with working with what he deems “professional actors” as he moved from the DIY filmmaking of Impolex and The Color Wheel to the higher profile productions of Listen Up Philip and Queen of Earth. Perry also voices concerns that Queen of Earth could have been a film about “two people sitting perfectly still, staring in the same direction,” and the formal devices this fear inspired, such as his use of a split diopter. There’s talk of Robert Altman as an influence, as well as, inevitably, Roman Polanski, and of many other details of production. Perry and Moss have engaging chemistry. A short behind-the-scenes featurette, shot by editor Robert Greene, shows Perry and cinematographer Sean Price Williams working out the blocking of one scene, which reveals more about the filmmaking in question than many of the much longer supplemental pieces that usually adorn DVD and Blu-ray packages. The theatrical trailer is also included.

Shining Girls Review: A Self-Serious Thriller with a Muddled Through Line