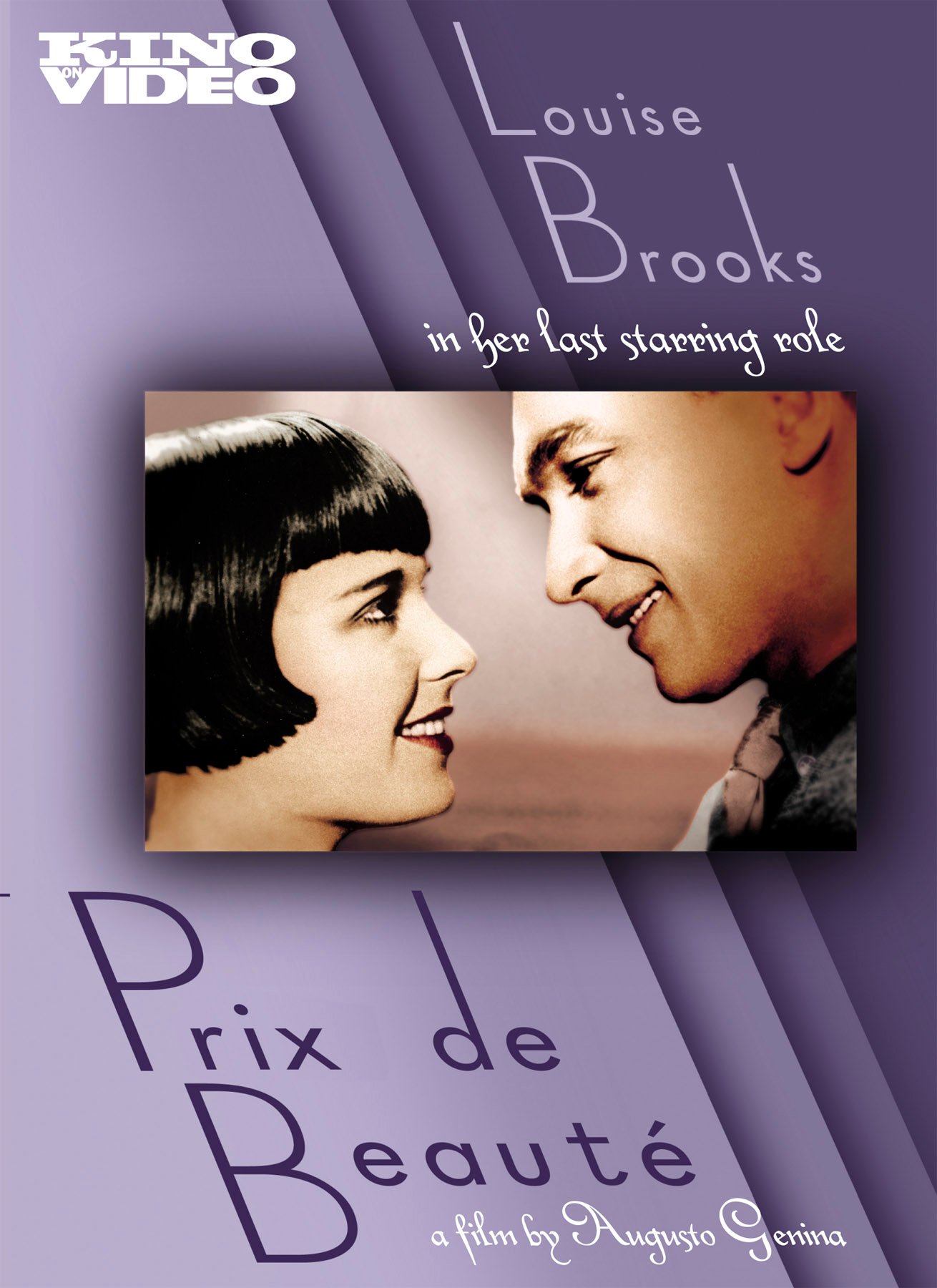 Many stars of the silent-film era no doubt approached the advancement of sound with the hesitation of those first sea-dwelling vertebrates making the transition to land; the change was inevitable—necessary even—but few survived it. Prix de Beauté has an excellent pedigree—the story is by René Clair, the adaptation by G.W. Pabst, and its star is the iconic Louise Brooks—but you’d hardly know it from its incredibly wobbly presentation. The best and longest stretches of the film are near-silent and incredibly full of life—most memorable is a lively beach scene that suggests a busy impressionist painting. But Augusto Genina’s grotesque, Eisensteinian use of the close-up seems out of place. Of course, given this was one of the first sound films shot in France, it’s tempting to forgive the director’s apprehension and want to fall back on popular silent-film idiom. Brooks, a star as much for her famous hairdo as for her triumphant performances in a string of late-’20s classics (most notably in A Girl in Every Port, Beggars for Life, Pandora’s Box, and, my personal favorite, Diary of a Lost Girl) is predictably good. The thoroughly modern actress was never one to chew the scenery, and as such was poised for stardom in the sound era; if she wasn’t successful in the end, it was because she made bad business decisions and directors squandered her gifts. Her performance in Prix de Beauté as a Parisian typist who fleetingly escapes the banality of her life after winning a beauty pageant is vibrant but forceful in its refusal to be steamrolled by the predictable melodrama of the story. Impossible as it is to take your eyes off the actress, Genina keeps her under wraps. This concealment doesn’t validate or advance the story’s theme of female suppression and independence—it’s simply an excuse to get the English-speaking Brooks’s lips out of frame while her lines are dubbed into French. The final scene is a dizzying elegy to the actress (if Eistenstein had directed the picture he’d have called it ¡Que Viva Brooks!), but one still wishes the silent version of the film that was made concurrently with this one was still extant. That way we can determine which one is the fitter species.

Less bang-up job than banged-up job, Prix de Beauté is noticeably free of dirt and flecks but still looks as if it were run through barbed wire during the film-to-video transfer. Par for course, I suppose, except what’s to blame for the shakiness of the image? It’s as if the print slipped inside the projector sometime after the midway point. As for the mono soundtrack, given how little dialogue there is in the film, you’re unlikely to mind how muted it sounds. Music is good, though, and there’s very little snapping, crackling, or popping to make you want to turn down the volume.

Nothing but a gallery of stills and promotional material.

Not Louise Brooks’s best, but it certainly shows off her considerable talents.

Review: Waiting for the Barbarians Loses Its Apocalyptic Power on Screen

Review: The Professor Is a Diverting Yet Disingenuously Virtuous Time Killer