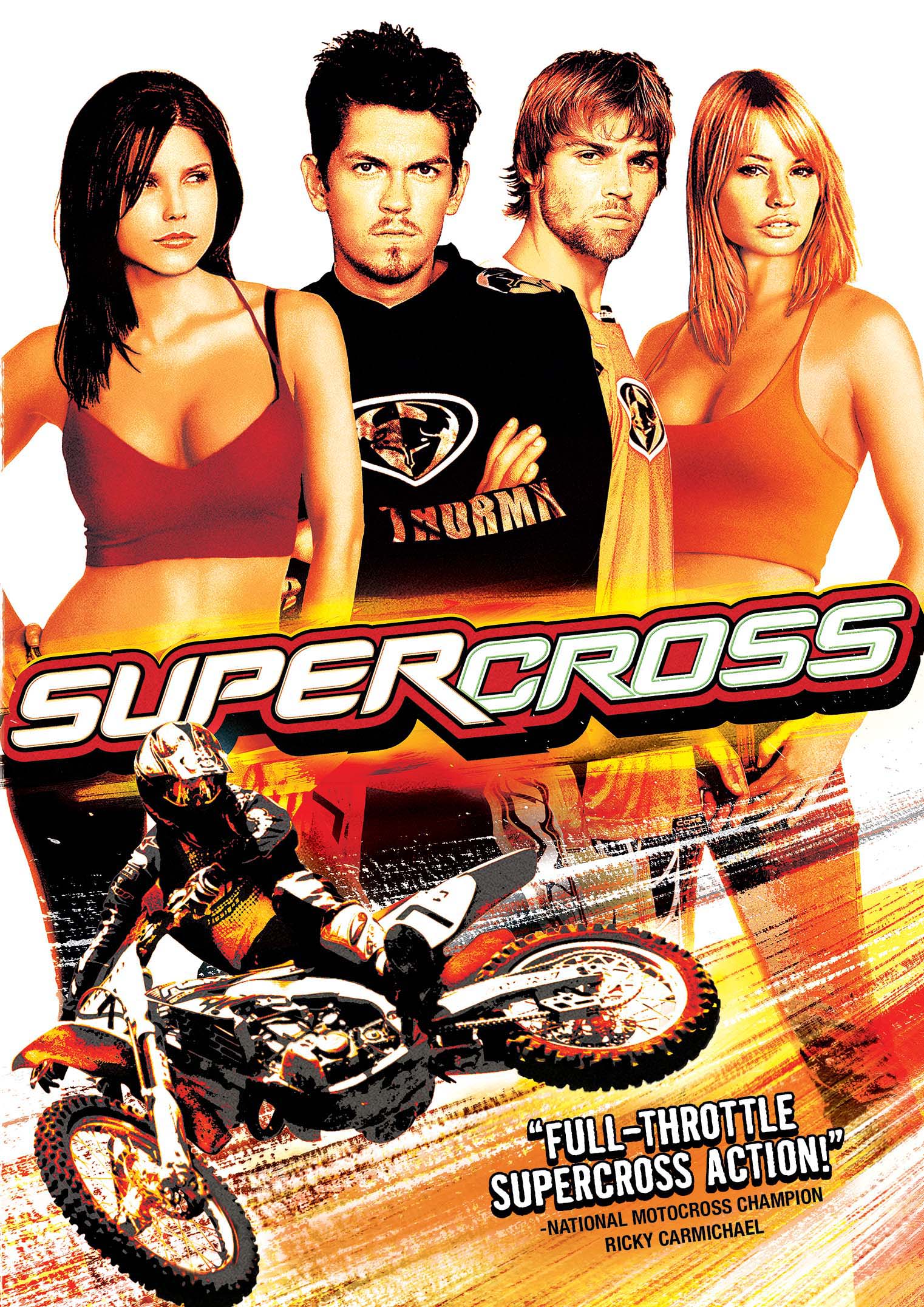 The press notes for Supercross indicate Steve “Timecop: The Berlin Decision” Boyum’s new film is supposed to run a scant 98 minutes, but according to my watch it barely clocked in at 80. I’m all for curbing anyone’s misery, but what gives here? At the very least, someone has to explain what the hell happened to Daryl Hannah, who, according to the film’s invite and press stills, was supposed to make an appearance at some point. Guess someone didn’t want Hannah and Robert Patrick’s presence in this ode to “the second-fastest-growing motor sport in the U.S., behind only NASCAR” to turn off the film’s prospective audience: the same 16 to 25 year olds who patronize and participate in Supercross events every year. The message is clear here (too many geezers stink up the Gen Y pot!), but who’s the messenger: Fox or Clear Channel? Since I can’t imagine any suit at a film company showing this kind of wanton disregard for storytelling, character development, and pacing, my money’s on Clear Channel, official promoter of Supercross and one of the film’s major sponsors. Something of a cross between Nintendo’s Excitebike and Beverly Hills 90210, Supercross: The Movie hastily fashions a plotline involving sparring brothers, the chicks they love, and the cold lessons of the motorcycle association around a banal spectacle of bikes flying into the air and dirt flying into the camera. Lousily shot and seemingly written by a prepubescent girl (“Typical guy, when it comes to the real deal, they’re all duh”), the film is nothing but a Clear Channel shill.

There’s lots of dirt in the film, but there’s little of it on the actual print-that’s good news, of course, except the image quality is muted and dull. Edge enhancement isn’t a problem but I noticed some combing in spots. In short: a mixed bag. Audio is much better. Dialogue is really clear and the surround work is outlandish whenever a bike revs into high gear, which is quite often.

Well, Steve Boyum’s commentary track isn’t exactly the worst thing in the world, but I still can’t imagine anyone wanting to suffer through any of it for more than a few minutes unless they have a vested interest in the film or the world of supercross. Also included here are five preposterously short featurettes (subjects include: “stunts,” “stunt doubles,” and-get this-“the story”) and an Inside Look at The Sentinel.

Was it too much for Fox Home Entertainment to include Daryl Hannah’s deleted scenes on this DVD edition of Supercross?