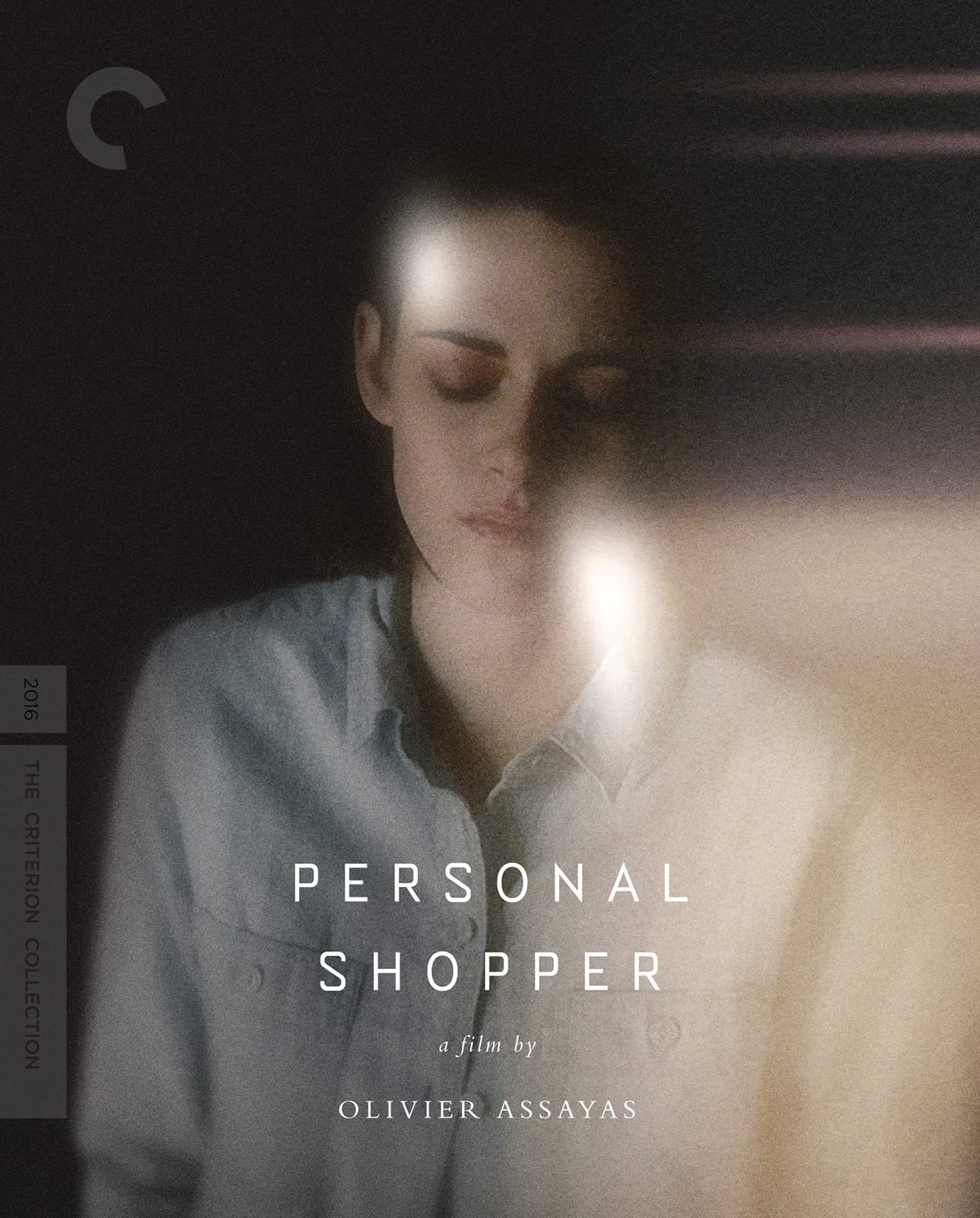 In some respects, Olivier Assayas has been making ghost stories for years. No other filmmaker has demonstrated so profound an ability to infuse ordinary objects, such as furniture and artwork, with a sense of their own lived past. This is most clearly born out in 2008’s Summer Hours, where family heirlooms seem to contain some essence of their past owners. Personal Shopper actualizes that thematic undercurrent of the filmmaker’s oeuvre: Filled with spirits both malevolent and inscrutable, the film explores the extent to which Assayas’s characters have always found, and lost, their identities through the aid of their surroundings.

We first meet Maureen (Kristen Stewart) not in her day job as the put-upon assistant of an egotistical celebrity, Kyra (Nora von Waldstätten), but in her more personal work as a spiritual medium. Arriving at a stately, abandoned manor in late afternoon, she walks across creaking floorboards and opens doors that groan with the effort of use. A hard cut passes the scene from day to night, at which point Maureen is roused by noises of a more ominous sort, and in some frames one can spot a spectral mist forming in the negative space around her. Eventually, we learn that Maureen is investigating the house to see if it contains the spirit of her dead brother, who was also a medium and said that he would transmit to his sister, after he passed, signs from the afterlife. Despite the deeply personal nature of Maureen’s intended séance, however, a following consultation with the prospective buyers who hired Maureen to investigate the house for ghosts offers a reminder that the woman’s paranormal research is a job unto itself.

The alternately personal and professional aspects of Maureen’s side work begins to inform the strange reality of her day job. Kyra herself starts to feel as much like an apparition as the spirit Maureen encounters inside the old house. For example, Maureen secures one article of clothing for Kyra by promising a reluctant designer that her boss will only borrow it for a gala, only to spend much of the rest of the film attempting to get her boss to return it while dealing exclusively with intermediary assistants. Often, Maureen brings orders to Kyra’s empty apartment, with only a handwritten note acknowledging that anyone lives there at all. On the one occasion that the celebrity is present, she’s so focused on a conversation with her agent that it’s Maureen herself who’s effectively rendered invisible, her timid protestations about the unreturned clothes evaporating in the air around the star.

The scenes depicting Maureen’s thankless servitude come across as a direct continuation of Stewart’s character’s arc in Clouds of Sils Maria, though they push beyond the 2014 film’s warmer depiction of a star’s overreliance on others to manage her life by revealing the same material from the perspective of the assistant, who doesn’t mistake an employee-employer relationship for friendship the way Juliette Binoche’s Maria did. Yet to consider Personal Shopper as a mere extension of Assayas’s earlier film is to ignore how far back into the director’s oeuvre his latest feature begins to stretch.

Under strict instructions from Kyra never to try on the clothes purchased on her behalf, Maureen caves to the temptation, and when she does, her entire personality seems to change. Maureen is, at first, like most Stewart characters, self-sufficient and brusque, but nonetheless reserved. But as Maureen poses for herself in clothes that likely cost more than a year’s salary, the actress lets slip a confidence she’s never shown on screen before. The metatextual impact of these scenes, of the character silently donning a new personality as the actress playing her compounds her own image, harks all the way back to Maggie Cheung obliquely using film history itself as a costume in Irma Vep.

This fragmentation of personal identity is matched by the film’s own loose boundaries. Narrative quickly collapses into a kind of fugue state where Maureen appears to be assaulted on all sides: by the memory of her brother, by what may or may not be his ghost, by Kyra, and by Kyra’s leering and arrogant boyfriend, Ingo (Lars Eidinger). Personal Shooper is alternately a haunted-house movie, a psychological thriller, and a Bildungsroman about learning to accept grief. One subplot, involving a series of increasingly threatening text messages from an unknown figure who seems to know everything about Maureen, even updates the slasher genre, modernizing the wry but sinister phone calls from Scream for the smartphone era.

So much of Assayas’s work is devoted to how the search for the self is thwarted by the reality that identity isn’t a fixed position and that it shifts over time in response to stimuli and one’s environment. As Personal Shopper’s various strands don’t so much lead to a conclusion as they abruptly cease, the film reveals itself to be the most complete expression of this subtext that runs throughout Assayas’s films, slipping in and out of related but distinct genres the way that Maureen toys with Kyra’s clothes and jewelry. Maureen seeks to recognize and exorcise the spirits around her, yet Personal Shopper suggests that the only way to be rid of the past is to exorcise oneself.

Contrary to common sense, contemporary films will often receive less striking transfers from the Criterion Collection than older films in need of a more significant restoration. For example, the recent, jaw-dropping 4K scans of Borom Sarret and Black Girl pay a greater attention to image detail than the serviceable digital transfer of The Piano Teacher. Criterion’s 2K scan of Personal Shopper, then, comes as an unexpected marvel: Every inch of Olivier Assayas’s film has been given careful and absolute attention to ensure the highest-quality image possible. Early scenes set in the dark have a richness of focus and depth that carries through to later scenes of Maureen on a daytime train. The film’s modern décor shimmers and the coldness of Paris is daunting, and the balanced color timing gives each sequence the visual oomph of IFC’s original theatrical DCP. The DTS-HD mix is a stunner, deftly interweaving breezes and a cacophony of traffic and automation.

The supplements take a backseat to the transfer. A new interview with Assayas clocks in at about 15 minutes without clips. In it, the filmmaker details his childhood fascination with the occult, and how he decided to pair that with a recurring image in his mind of a young, alone, female foreigner working in Paris. For Assayas, the challenge of creating Personal Shopper was to dance around the horror genre—to employ a distinctly French perspective on the supernatural and figure out how to integrate ghostly elements without losing the thread of “the fear of our senses” that also relates to contemporary media. Also included is the 45-minute press conference held at Cannes after the film’s premiere, which feels less essential than it might have in the past, if only because in the internet era these kinds of press events are routinely available online. Finally, an essay by Glenn Kenney discusses the lineage of Personal Shopper from Luis Buñuel to Vertigo and beyond.

A ghost story as much about the vanity inherent to international stardom as it is coming to terms with grief and death, Personal Shopper receives an essential Blu-ray transfer from Criterion.

Review: Joachim Trier’s The Worst Person in the World on Criterion Blu-ray