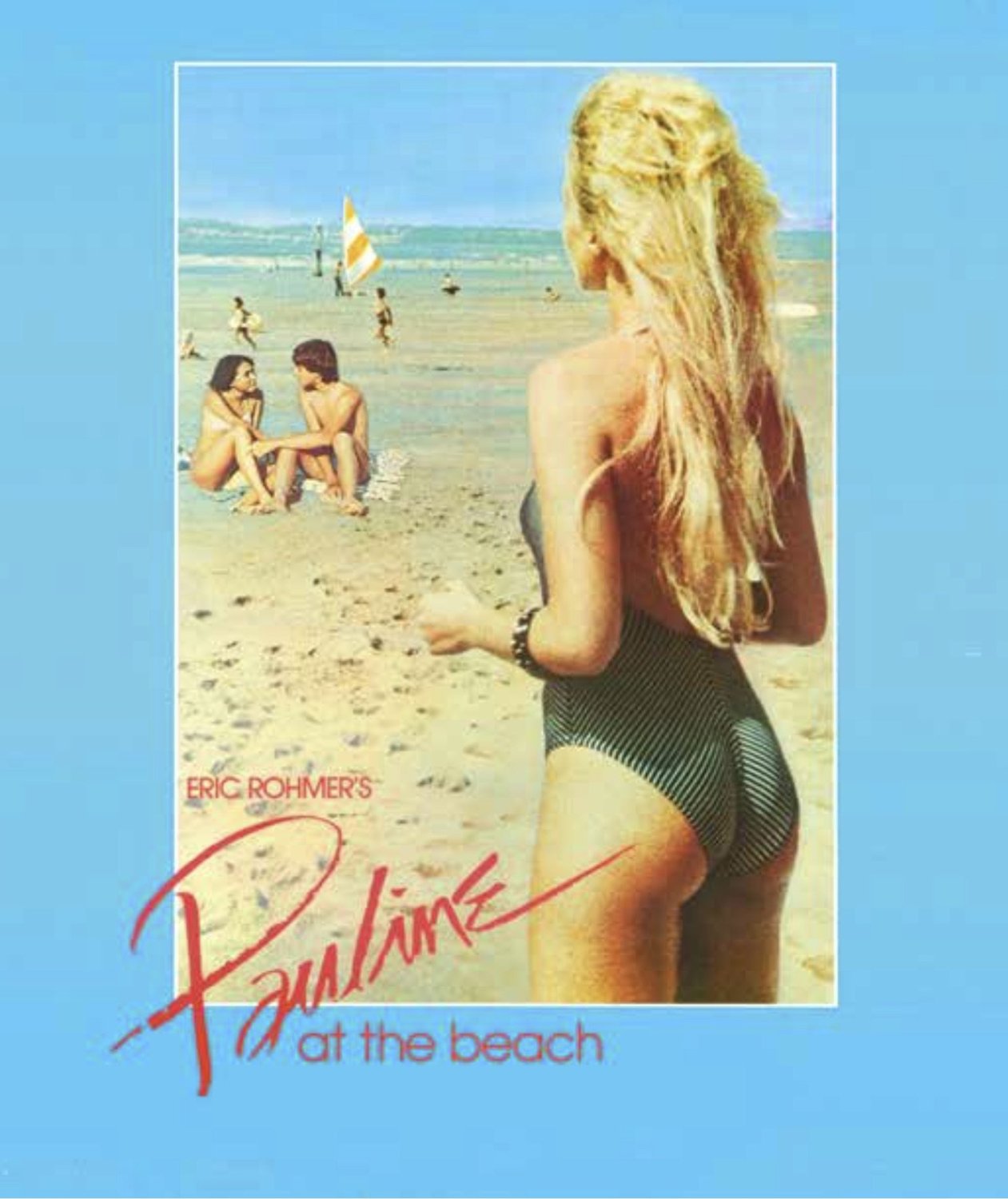 The third part of Eric Rohmer’s Comedies and Proverbs series opens with the Chrétien de Troyes quote “A wagging tongue bites itself,” an epitaph that could be placed at the start of just about every one of the director’s films. Like most of Rohmer’s work, Pauline at the Beach revolves around people in love, or at least people trying to work out what they even understand love to be. However, teenage Pauline (Amanda Langlet) represents a rare change of pace for a Rohmer protagonist. Though she doesn’t know yet what she wants from a relationship, Pauline comes off by far the most mature, level-headed person on the subject compared to her older cousin, Marion (Arielle Dombasle), and the men who orbit both their lives.

Compared to the motormouths around her, Pauline only chimes in when she knows what she wants to say, and she keenly listens to everyone else before speaking. In an early scene, she sits in on a discussion between Marion and two potential new beaux—Marion’s ex-boyfriend, Pierre (Pascal Greggory), and his windsurfing instructor, Henri (Féodor Atkine)—and takes mental notes as each lays out a belief in romance. Both Henri and Marion exalt passion and surprise, while Pierre believes that stability and loyalty are the true tests of love. After consideration, Pauline agrees with Pierre, but she does so guardedly, perhaps spotting the insecurity and jealousy that inspires the man’s thoughts before he does. Sure enough, Marion soon picks Henri and Pierre responds by hanging around, dropping desperate insinuations and mistaking his refusal to accept “no” for proof of commitment.

Not that Marion and Henri’s ways are any preferable. Pauline’s cousin initially revels in the excitement of her fling, but you can see the look of exasperation on her face when Henri can think of nothing but sex, as when she asks him what he wants for dinner and he simply scoops her into his arms. There’s also the matter of pure passion always looking for new outlets, which leads to Henri sleeping with another woman, something he tries to hide by pinning blame on Pauline’s young love interest, Sylvain (Simon de la Brosse). Ducking convention, Pauline becomes irate with Sylvain not for the perceived infidelity, but rather, once the truth is swiftly uncovered, his spineless agreement to take the fall and compromise himself. In this subtle comedy of manners, Pauline isn’t quite the straight woman; instead, she’s almost entirely divorced from the action, less a participant than a spectator on the balcony, seeing all the characters’ foibles and judging them accordingly.

Compared to the other films in the Comedies and Proverbs series, which adopted more handheld, quickly shot methods to reflect the jittery, confused adolescence of their characters, Pauline at the Beach recalls the unobtrusive formalism of Rohmer’s early work. Cinematographer Néstor Almendros captures the pale sunlight of the Brittany coast, using its harsh glints to match Pauline’s penetrating study of her peers, while the mostly static camera speaks to her grounded feelings. The film ends with a mutual state of denial shared by the two cousins, though one gets the sense that Pauline agrees to Marion’s willful ignorance simply for her sake, as she can already reconcile the contradictions and disappointments of romance without issue.

The naturally lit cinematography retains its gentle detail without feeling washed out. Occasional splashes of bold color, like the blue of Pauline’s bathing suit, pop against the more muted palette around her, and flesh tones are consistent in variable shooting conditions. There are, however, many visible marks of print damage, and though the tiny scratches are noticeable throughout, they don’t completely distract from the viewing experience. The mono soundtrack largely consists of dialogue, and it cleanly separates ambient beach noise from speech in the many exterior scenes.

The only extra of note is an archival interview with Eric Rohmer, conducted in the mid ’90s. The director, then in his 70s, is an enthusiastic subject, and it’s amazing to see him pull out a yellowed notebook from the late ’50s where he first wrote down the core idea for Pauline at the Beach’s narrative. There’s also a trailer and an essay by Michelle Orange that offers a critical overview of the film.

One of Eric Rohmer’s finest films, this wry variation on the director’s style of romantic comedy is a must-own release, even if the Blu-ray is slightly marred by an unrestored negative.

Review: Antonio Pietrangeli’s I Knew Her Well on Criterion Blu-ray