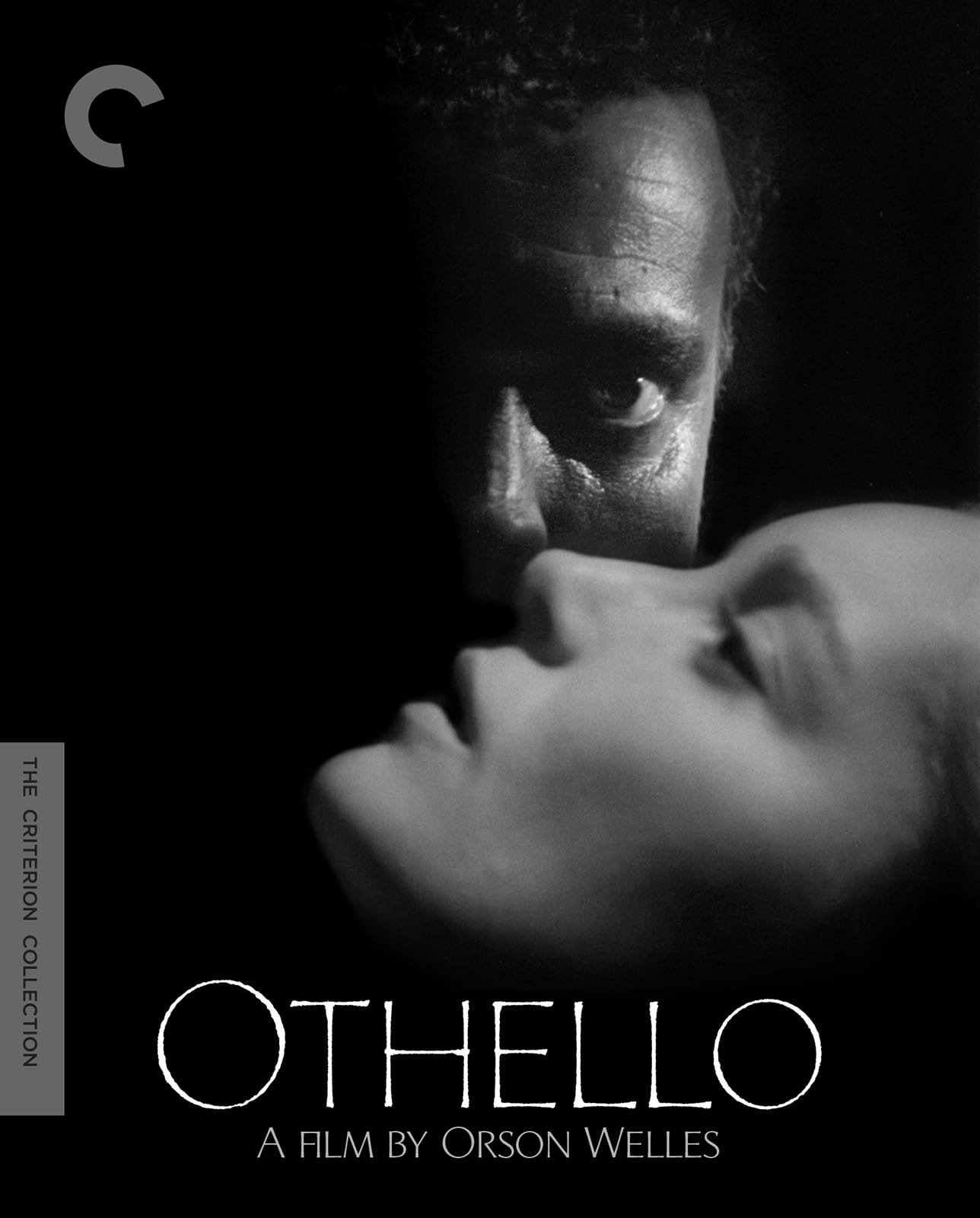 Orson Welles’s Othello is a work of fragmentation, another of the filmmaker’s acts of spinning necessity into poetry. The film was shot over several years from 1949 into the early ‘50s and eventually issued in at least two cuts—for the majority of Europe and the U.K. and U.S., respectively—as Welles continually refined the project in post-production. Though Othello is primarily set on Cyprus, it was shot in multiple locations throughout Morocco and Rome, and cuts between characters can span years and miles, even if the people on screen are meant to be standing next to one another having a conversation. An audience needn’t know these facts to implicitly feel them, as every shot in Othello seems to exist onto itself. The film restarts with every cut, and there are over 2,000 cuts in the 90-ish minute production.

Othello marks a pivotal point in the refinement of Welles’s aesthetic. The filmmaker’s early work abounds in high-contrast lighting and sinuous tracking shots, as well as the utilization of architecture as psychological symbolism. This is also true of Othello, but this film also initiates Welles’s experimentation with a sophisticated editing syntax. Psychology isn’t only expressed by the fabulous gothic castles and in-camera framing, but by the fevered energy of the cutting, and by the spontaneous repetition of certain images to convey the circularity and free association of thought.

When Othello (Welles) confronts Iago (Micheál MacLiammóir) on a cliff overlooking crashing waves, demanding “ocular proof” of Desdemona’s (Suzanne Cloutier) affair with Cassio (Michael Laurence), Welles uses multiple jump cuts to show Othello pushing Iago to the cliff’s edge several times in repetition. This device emphasizes the emotional truth of Othello’s turmoil while reveling in the sheer vitality of the compositional juxtapositions. (Welles’s punch-drunk maximal-ism also represents its own inherent truth.) This push-and-pull effect is often used in regard to Othello and Iago, as they have a diseased relationship in which the latter cunningly prods the former to actualize his worst impulses of alienation and resentment.

The editing refuses to give viewers their bearings, rapidly fusing images that are so baroquely dazzling as to be exhausting, frequently shattering the 180-degree rule of cinema. Welles has a relentless formal imagination, and occasionally one is grateful for a simple two-shot that foregrounds Shakespeare’s orations. Welles captures the castles from seemingly every angle. Figures and shadows are always looming in the background or right over the camera, complicating our sense of focus. Every image is fraught with columns, cages, curtains, gates, mirrors, and other décor that suggests either a warped perspective or imprisonment, literalizing Othello’s psychological poisoning by Iago, who has fabricated Desdemona’s treachery.

In one of Othello’s most haunting images, recurring shots of the protagonist in a mirror are capped off by a prismatic composition in which Iago stands behind a mirror that’s facing Othello, suggesting that Iago has usurped control of his superior’s mind, or, even more disturbingly, that they’re one and the same. This sense of disembodiment—another form of fragmentation—is compounded by the inexact looping of dialogue, which has voices emanating from illogical sources. There are also aural references to birds, goats, and monkeys, which allude to Othello’s blossoming animal state—an association that can be troubling given the character’s race, as he’s a Moor mired in doubt over the status that he’s achieved in Venetian society.

Yes, Welles is playing blackface, yet another of the film’s fragmentations and disorientations. And he’s clearly uncomfortable with the ramifications of this act, cutting many of the play’s references to Othello’s blackness. Welles’s tentativeness as Othello comes to mirror the character’s own uncertainty. Likely due to issues of consistency that arose during the film’s chaotic production, Welles’s black makeup varies in hue from scene to scene, creating an audacious visual effect in which Othello’s skin tone operates as a mood ring. As Othello prepares to murder Desdemona, he appears in their bed chamber as a huge and primordial beast, culminating in a terrifying and intensely sexual image of his visage hovering just above that of the lily-white Desdemona, suggesting the facial equivalent of a solar eclipse, as well as a manifestation of a white racist’s nightmares of black coital usurpation.

In the play, it’s suggested that Othello kills Desdemona out of the violent doubts and resentments that permanently exist between races, particularly in a society dominated by whites, with Iago serving as a manifestation of this truth. Othello’s also motivated by the gulfs existing between the genders, and Shakespeare gives his female characters telling dialogues—which Welles partially preserves—that speak beautifully and angrily of man’s suppression of woman. But Welles’s deemphasizing of the racial element subtly changes his Othello’s theme, as he has transformed the play into another of his own stories of the artist who can never be sure that he’s loved. Othello’s a general of great repute, but his talent isn’t enough to compensate for a deep-seated conviction that he has of his own inferiority, and so Iago is now less a manifestation of cultural tension than an embodiment of interior laceration.

Most remarkable is the general softness of the whites of the image, which had a shrill tendency in prior home-video editions. Blacks are rich and robust, bringing out the prismatic intricacy of the compositions, which are also heightened by pristine background clarity. Image textures are highly detailed, most notably in Desdemona’s ghastly murder scene, in which we can discern the nuances of both her face and the white sheet that’s partially obscuring it. This restoration also emphasizes the variations of the film’s makeup, which becomes a kind of potentially unintentional Brechtian device.

The soundtrack is also vivid, particularly in regard to the abstractly psychological score and battle scenes, which subtly layer natural sounds with heightened noises. The dialogue is nowhere near in sync in either version, which is truthful to the films as they were originally produced and presented. To “fix” this problem, which deepens the film’s sense of existential dislocation, would be to commit a creative atrocity. The voices still aren’t that clear in certain sections, though they’re as discernable here as they’ve ever been. Imperfections aren’t always flaws. The rough unruliness of Orson Welles’s production methods—his willingness to be unguarded and unvarnished—is a key to his art’s vitality. In other words, Criterion refurbishes Othello without fossilizing it so as to validate our contemporary obsession with perfection.

The 1952 European version and the 1955 U.K. and U.S. version of Othello are both included in this set, with a helpful new interview with scholar François Thomas to elucidate the changes that Welles made from one cut to another. A few of these differences are blunt, such as the films’ respective opening titles sequences. In the European version, Welles reads the credits aloud, while a more conventional series of cards offers that information in the U.K. and U.S. cut. Welles acolytes tend to prefer the European credits, though I like the stark silence that accompanies the title in the American version. Large portions of the voice tracks have also been changed between the prints, and I prefer the American film in this regard as well. Welles’s vocal performance is more furious in the latter version, and Desdemona’s voice has been redubbed by Gudrun Ure, who lends the character a more powerful sense of personal authority than Suzanne Cloutier does. Though the disorientation of the European version, which has less conventional exposition, is nightmarishly effective. Both are astonishing films, and it’s great to have them together along with Welles’s last completed feature, Filming Othello, in which he amusingly fans the flames of his legend one last time.

Criterion is also refreshingly unbashful about acknowledging the racial implications of Othello as both a play and a film, including a new interview with Ayanna Thompson, author of Passing Strange: Shakespeare, Race, and Contemporary America. Thompson discusses Welles’s blackface, comparing it to minstrelsy and to the various white and black interpretations of the character. Unsurprisingly, some white scholars have tried to backpedal Othello’s race, downplaying it for the sake of white appropriation, which Thompson astutely refutes. Meanwhile, an interview from 2014 with scholar Joseph McBride tackles another taboo of Welles’s filmography: its homoeroticism. McBride observes that all of Welles’s films pivot on neurotic relationships between men, which involve betrayal for the sake of power, with women sidelined or adopted as surrogates in battles of will.

A 1995 audio commentary by filmmaker Peter Bogdanovich and Welles scholar Myron Meisel remains essential, chiefly for Meisel’s rigorous dissection of the film’s symbolism and discussion of the project’s storied and controversial production. The track is complemented by a new interview with Welles biographer Simon Callow, who outlines the filmmaker’s relationship with actors Micheál MacLiammóir and Hilton Edwards, who were a couple. Edwards was also one of Welles’s earliest mentors, and had more patience with the man than MacLiammóir, who was embittered by Welles’s chaotic antics. This context is fleshed out further by the inclusion of Return to Glennascaul, a short film the actors made during a hiatus from shooting Othello.

This huge and extraordinary package is rounded out by “Souvenirs d’Othello,” a 1995 documentary about Cloutier by filmmaker François Girard, and a characteristically vital and illuminating essay by film critic Geoffrey O’Brien. Few stones appear to have been left unturned here.

Criterion offers a rough and gorgeous transfer of the audaciously personal Othello, with supplements that contextualize Orson Welles’s eccentric daring.