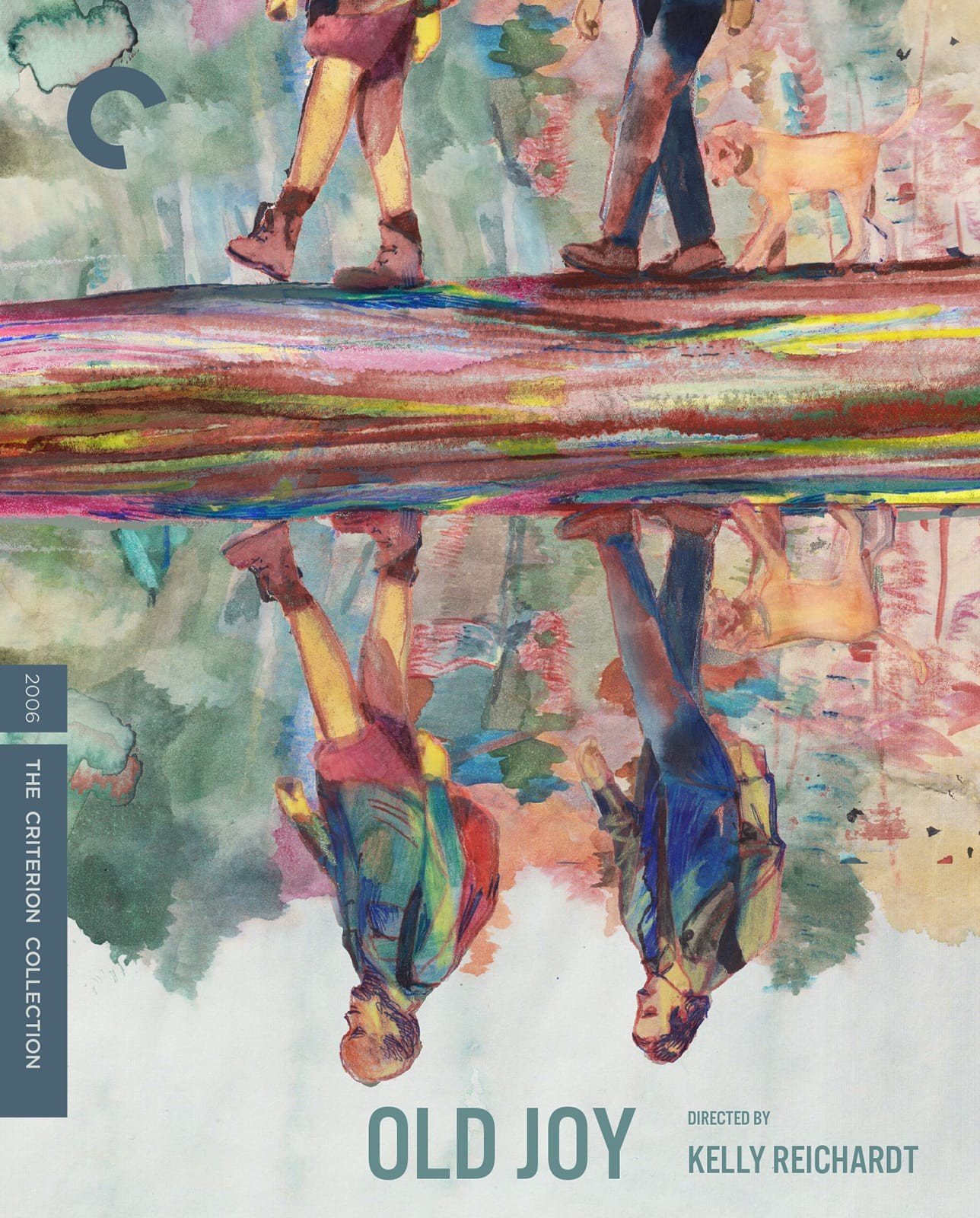 Carefully accumulating and juxtaposing details to form an interconnected web of loneliness, regret, and longing for happier times gone by, Kelly Reichardt’s Old Joy would warrant being called a mash-up of Sideways and Brokeback Mountain if it weren’t so superior to those heralded “independent” predecessors in both form and content. Reichardt’s deceptively simple film is pitched in the key of a leisurely Sunday-afternoon drive, providing an intimate fly-on-the-wall perspective on friends Mark (Daniel London) and Kurt (Will Oldham) as they reunite to take a weekend camping trip to the hot springs nestled deep within Oregon’s Cascade Mountains.

Throughout their journey, almost nothing of particularly obvious importance occurs, as Mark and Kurt chat amicably, get lost, have breakfast, and quietly penetrate the lush, green wilderness while listening to Air America radio broadcasts in which both callers and hosts lament the sorry state of the Democratic party, national race relations, and the country’s two-party political system. And yet beneath this outdoor expedition’s façade of inactivity lurks the dull, persistent throb of heartache and anguish, a mood intensified by Reichardt’s exquisite attention to her milieu’s ambient sights and sounds, and brought to melancholic life by London and Oldham’s expressively minimalist performances. “Man, Mark, you really hold onto shit,” says Kurt after seeing his friend’s well-worn marijuana container, though the statement is just as applicable to the speaker himself, a bearded, balding guy who seemingly coasts along with blissful stoner nonchalance but who, it’s slowly revealed, also harbors inescapable sadness.

Mark and Kurt’s excursion instigated by the latter as a chance to reconnect after an apparently lengthy separation. The two men, accompanied by Mark’s dog, dutifully catch up on each other’s lives—Kurt’s miscellaneous stories about running into old friends, Mark’s feelings about his relationship with Tanya (Tanya Smith) and his fear of impending fatherhood—all the while carefully avoiding any overt talk about the tumultuous shared past that stands as the proverbial elephant in the forest. The two discuss topics such as an old record shop’s distasteful transformation into a health food shop (dubbed “Rejucination”), Mark’s father leaving his mother at the age of 70, and Kurt’s personal superstring theory that the universe is in the shape of a tear falling through space, all while a radio voice pontificates about the “uncertainties of the future.” Through such indirect conversations, as well as a naturalistic mise-en-scène encoded with oblique (but nonetheless ever-present and piercing) signifiers, Reichardt delicately reveals stratified layers of emotion.

While such reserve sporadically dampens down its narrative, Old Joy’s informality and subtlety is furthered by London and Oldham, with the former displaying a reticence that barely masks his character’s heightened anxiety, and the latter concealing an apprehensive hopefulness behind a charming, carefree affability. Reichardt fashions an intricate rapport between her protagonists and setting, the silence of the Oregon woodlands counterbalancing the noxious noise of the modern world (“You can’t get real quiet anymore,” Kurt says in explaining his affection for the rural), and the seclusion of their tree-lined destination conveying the friends’ inner and interpersonal alienation. That the hot spring baths are eventually revealed to be hollowed-out tree trunks in which people lie—thus entailing physical communion between naked man and his ancient environment—further reinforces the notion that the trip is, at heart, an attempted reversion to a more natural, harmonious state.

Yet even during Kurt’s climactic explanation of Old Joy’s title and subsequent stab at recapturing what he’d lost, Reichardt’s delicate touch is such that it creates room for an interpretative flexibility. The film’s pauses in dialogue and the unseen spaces between scenes breathe with palpable, mysterious life. It’s only fitting, then, that Old Joy concludes not on a display of expository enlightenment, but rather on an abrupt, inconclusive note that still rings with the sorrow of an airwave-transmitted Greek chorus.

Old Joy was shot on Super 16mm, and Criterion’s 4K transfer preserves the tried-and-true characteristics of the film stock: warm pops of primary color, rich shadows and forgiving highlights, and a pleasing blanket of grain. Given that the film was shot largely in the Pacific Northwest wilderness, the greens and browns are especially lovely, with numerous shades of foliage represented to complement the red and blue elements in Mark and Kurt’s wardrobe. The soundtrack shares a similar analog warmth to the visual transfer. Old Joy is a quiet, ruminative film about the breakdown of connection, so certain dialogue scenes require extra attention to hear, but it’s to Criterion’s credit that they’ve preserved the dynamics of the film’s mix, allowing the whispered lines to rest right on the edge of audibility. By contrast, that’s not the case with Yo La Tengo’s lush guitar score, which comes through in loud, crisp stereo.

In newly recorded interviews, Kelly Reichardt and cinematographer Peter Sillen reminisce at length about the simultaneously arduous and informal production process, which required that everyone on the team wear multiple hats and lug equipment deep into the forests of the Cascade Range but which nonetheless sustained a friendly, casual atmosphere. Elsewhere on the disc, a sympathetic Jon Raymond, author of the short story from which the film is based (included in the liner notes), expresses his delight in how Reichardt expanded upon and recontextualized his words, and best of all, Will Oldham and Daniel London reunite for a conversation about their respective roles and the degrees to which they brought their own personalities into them. The essay included in the booklet is by avant-garde expert Ed Halter, who subjects the film to a thorough analysis touching on contemporary masculinity, the state of left politics in America, and Reichardt’s thrifty early career.

Kelly Reichardt’s sophomore feature is a zen-like study of aging and male friendship, and Criterion’s elegant package celebrates the independent initiative that brought it to the screen.

Showing Up Review: Art of Life