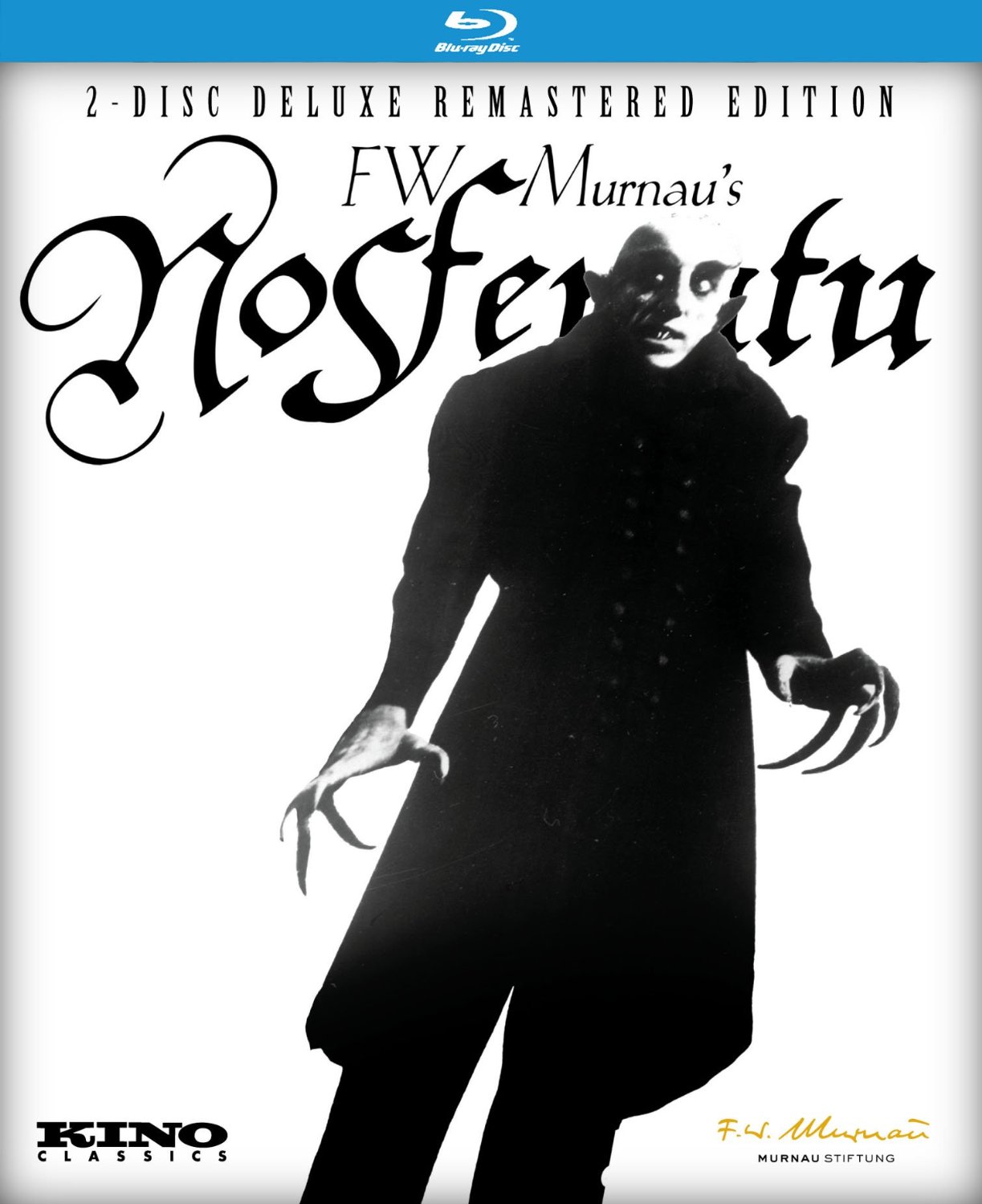 Bela Lugosi isn’t exactly an Adonis, but in Todd Browning’s Dracula, he at least passes for a human. His seemingly warm-blooded visage cuts the otherworldliness of the monster underneath; his supernatural powers are frightening, but in terms of looks, he isn’t. It’s in stark contrast to Nosferatu, F.W. Murnau’s landmark take on Bram Stoker’s epistolary classic, wherein Count Dracula is transformed into Count Orlock (Max Schreck) and the character of Van Helsing is totally omitted. The startling eeriness of Murnau’s vision comes from its studied dismantling of the titular monster’s humanism, and in its canny way of making the creature a haunting, potent presence without giving away the mystery of his existence in the narrative.

The story itself remains essentially the same as Stoker’s, with businessman Hutter (Gustav von Wangenheim) traveling to Transylvania in the hopes of sealing a lucrative real estate deal with Orlock, only to bring the blood-hungry monster and his deathly powers back home with him. Rather than pick at the dramatic turns of the story, Murnau emphasizes an atmosphere of unknowable menace in his images. None of the scenes involving Hutter seem to be pack the same power and terror as the late sequence in which Orlock drives Hutter’s tragic wife, Ellen (Greta Schröder), further into madness by merely staring at her from across the street with his perpetually unsettling, never-blinking eyes. Orlock’s perversion of nature is all encompassing and seen in varied shades, from the slaughter he causes on the boat that brings him to his new home to the hyena—possibly a transformed Orlock—that stalks Hutter’s horses in Transylvania. These multifarious, inventive scenes of mounting dread, and the variety of perspectives Murnau’s camera elicits, lend credence to the film’s full name: Nosferatu: A Symphony of Horror.

Orlock also brings the black plague with him, another slight departure from Stoker’s legend taken by the filmmakers. Many die, per the point-of-view shots of coffins being hauled down the streets, and the view of death is distinctly unromantic. Any information that comes to light about Orlock in the narrative is either based in scant mythology or science; the intertitles often have the reserved, becalmed tone of an intensive study one might find in a professional journal. Indeed, one of the film’s most striking and odd shots is that of vampiric DNA being observed under the microscope of a local doctor.

Nosferatu on the whole has the timbre of a technical study of the filmmaking process, utilizing all manner of shots, color tints, and perspectives. This experimentation with the basic components of early film yields a bleak, venomous, and deeply eerie nightmare vision of unknowable power. Upon the film’s release, the power of the cinema was similarly incalculable. At one point, an intertitle explains that to know of Nosferatu’s legend is to become consumed with the fantastical power and creation revealed in the story, which offers an elegant yet unsettling metaphor for how Murnau’s obsession with the technical process of filmmaking served as an outlet to purge a dark, engulfing imagination.

The debris (specks, scratches, etc.) remains for the most part, but the detail on Kino’s new 1080p/AVC-encoded transfer of both the English and German versions of Nosferatu shows a massive improvement from every other home-video release of the classic. Lines and textures are shown with far more clarity, and the print grain has been beautifully preserved. Tinting and contrast balance are both excellent, and there are no noticeable elements of digital manipulation. The LPCM 2.0 audio and DTS-HD 5.1 are both very strong, though they only have to handle a rerecording of Hans Erdmann’s original score. Regardless, this is the best Murnau’s gothic tale has ever looked on the small screen.

Other than the original German print of the film, the only thing worth attention here is “The Language of Shadows,” an informative, well-researched hour-long featurette on Murnau. The main focus is on the director’s career, the conceptualizing and production of Nosferatu, The Last Laugh, Faust, etc., but there are also some tidbits about his personal life and upbringing that give a sense of where Murnau’s dark obsessions came from. Other than that, however, the supplements are severely lackluster, including only stills, a trailer, and a compilation of clips from Murnau’s other films.

The latest Blu-ray release of F.W. Murnau’s skeletal supernatural masterpiece doesn’t have much in the way of supplements, but is worth the price alone for the wonderful A/V transfer, courtesy of Kino.