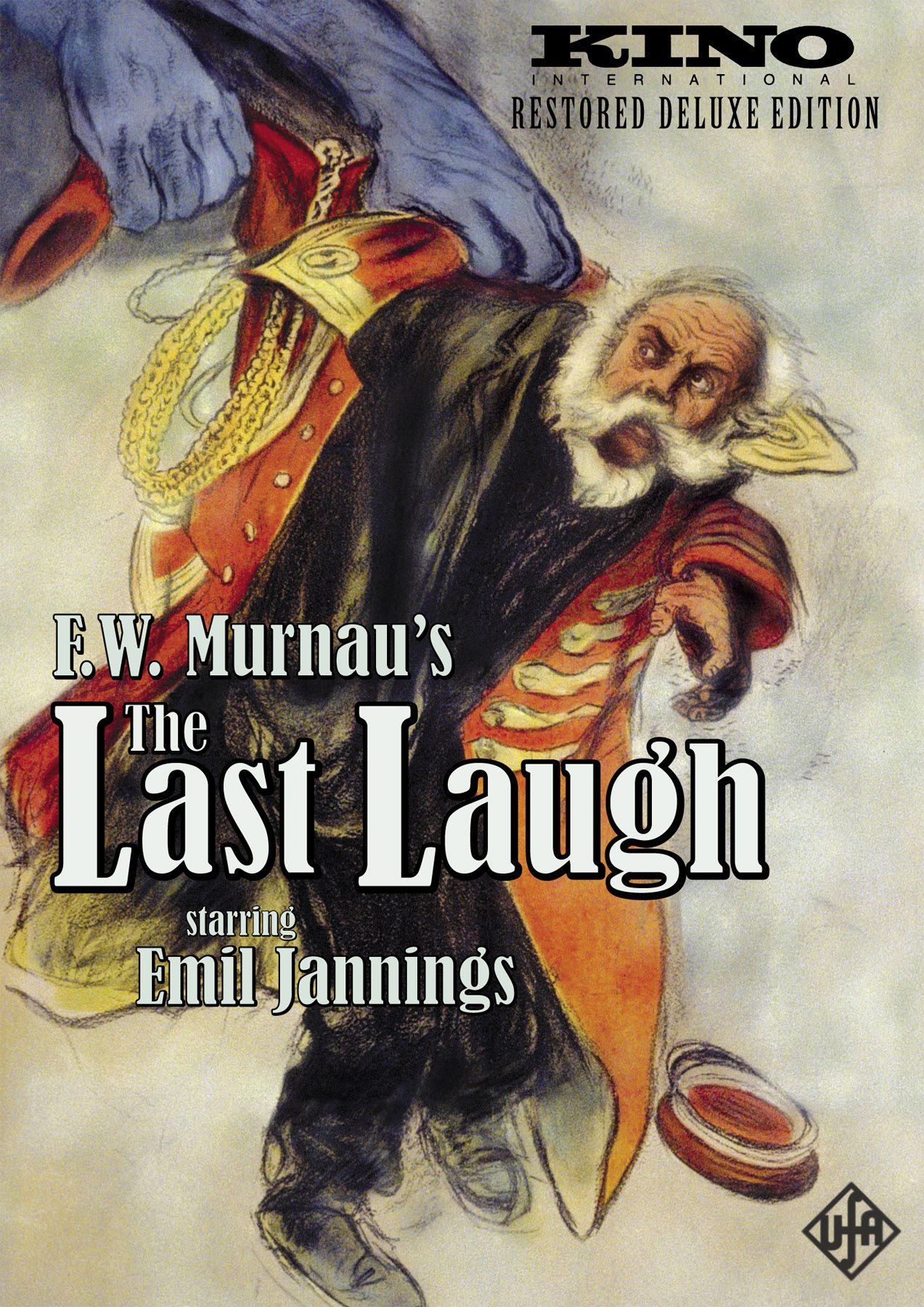 There are two things that everybody knows about The Last Laugh—that it tells its story entirely through images and that it features a groundbreaking use of the moving camera—but both statements require further clarification or risk severe misapprehension. While it’s true that F.W. Murnau’s 1924 film relies on only a single intertitle, there are three other instances where the filmmaker calls on a written text to advance the narrative in ways that would be impossible through purely visual means. Further undercutting the autonomy of the film’s visual program, Murnau commissioned a score from composer Giuseppe Becce which he closely oversaw and whose cadences are designed to cue the viewer’s reactions nearly as much as the film’s images. As for the camera movements, there’s no denying the impressive maneuvers designed by Murnau and cinematographer Karl Freund which allegedly astonished the Hollywood community when the film made its American debut, but a careful viewing of the picture reveals just how infrequently the camera leaves the tripod. Instead Murnau and Freund save their elaborate tracking shots—accomplished with great difficulty given the camera’s bulk—for thematically key sequences while keeping the camera locked down the rest of the time.

Murnau’s film details the miserable life of an aging hotel doorman (Emil Jannings) who, demoted from his long-standing post to the humiliating position of men’s room attendant when he can no longer carry customer’s luggage without difficulty, also loses the ornate uniform with which his sense of self-identity is inextricably tied up. Walking past the residents of his tenement building in his full regalia, he commands respect, earning the salutes of his neighbors. But without the uniform, he becomes an object of ridicule, suffering the vicious gossip of malign women and lapsing into final despair. The extreme importance placed on the uniform—with its brass buttons and lavish shoulder insignias, it seems not very different from the dress of a military officer— has it obvious historical parallels in the latent, but soon to be activated, militarism of the Weimar Republic. In this context, it is easy to see the great significance of this outer insignia of self-worth and to understand the doorman’s decision to steal his uniform back from the hotel. Wearing it to and from work every day so as not to lose face with his neighbors, he stows it at a pawnshop during the day, but it’s not long before his secret is discovered and he returns the uniform to his employers. In the end, he winds up collapsed in a heap on the floor of the men’s washroom before the filmmakers have pity on him and insert an incongruous epilogue, granting the doorman sudden wealth and happiness.

How, then, to tell this story without an undue emphasis on text? First of all, we have to understand that the four instances in which Murnau employs a text of one form or another are absolutely essential to the advancement of the narrative. From the icing on a cake which reads “For the Wedding Guests” and lets us know how to read the subsequent on-screen preparations to the letter informing the doorman of his demotion, from the sole intertitle which introduces the film’s epilogue to the newspaper clipping which outlines the circumstances of the doorman’s new found fortune, the intrusions of text define the film’s key moments of plotting. By contrast, the strictly visual elements that constitute the vast majority of the film do more work in establishing the milieu and, especially, in defining the doorman’s inner states, which is really the film’s chief accomplishment. And it’s here that the film’s tracking shots do much of their work. From the celebrated dream sequence in which the recently demoted protagonist, having drifted into an alcohol-induced sleep, fantasizes about his continued ability to perform his job to his walk of shame when, newly defrocked, he slinks past his tenement building, Freund’s inventive camera work combined with a round of editing-room trickery create ineluctable moods of, respectively, delusional fantasy and outright horror.

In the former sequence, the camera (apparently strapped to the cinematographer’s waist in an early version of the Steadicam) follows the doorman as he traverses a courtyard filled with diners who cheer him on as he effortlessly hoists a piece of luggage above his head. The slight jerkiness of Freund’s camera combined with a certain blotchy imaging created by opaque lens filters mark this sequence out for the realm of pure fantasy, while Emil Janning’s exaggerated mugging and mile-wide grin lend a now lost dignity to the aging doorman. The latter scene finds the camera, mounted on a makeshift dolly, tracking with the doormen as he walks in front of his tenement building, making us share with the protagonist the full weight of shame that accompanies a walk that once brought him such pleasure. Meanwhile, Murnau double exposes images of laughing, hag-like women onto the screen, their laughter, horribly exaggerated, filling the frame, as it no doubts fills the mind of the hypersensitive doormen, out of all proportion to their actual physical presence. Not for the first time in the film does the imagery take on the cast of genuine horror—appropriately a genre in which Murnau had recently worked in 1922’s Nosferatu—and, epilogue aside, Last Laugh can really best be understood as a horror story, the horror of a modernity that leaves behind the old and infirm and the horror of a world that places its greatest emphasis on outward tokens of significance, while everywhere effacing the importance of the individual. If Murnau’s accomplishment cannot correctly be summed up by saying he tells a story without words, then it’s fair to say that using the tools of set design, acting, editing and, yes, camera movement, he successfully turns the world of quotidian Berlin into something no less terrifying than the Transylvania of his earlier triumph.

The set includes both the restored German version (available for the first time) and the unrestored export version. The latter seems to be the same version as previous Kino releases and the image is watchable, if a little hazy. The restored version of film looks considerably sharper than the previous Kino disc and features a newly recorded score in crisp 5.1 Stereo Surround.

Extras are disappointingly thin. Besides including two slightly different versions of the film, the only other feature is a 40-minute making-of documentary and an image gallery. The documentary is especially useful in hashing out the differences between the film’s different incarnations and in providing a behind-the-scenes look at the staging of the film’s tracking shots. Otherwise, a commentary track and/or booklet would have been nice.

A striking vision of contemporary horror finally presented in its original version.

Andrew Schenker is an essayist and critic living in upstate New York. His writing has appeared in The Baffler, The Village Voice, Artforum, Bookforum, The Los Angeles Review of Books, and others.