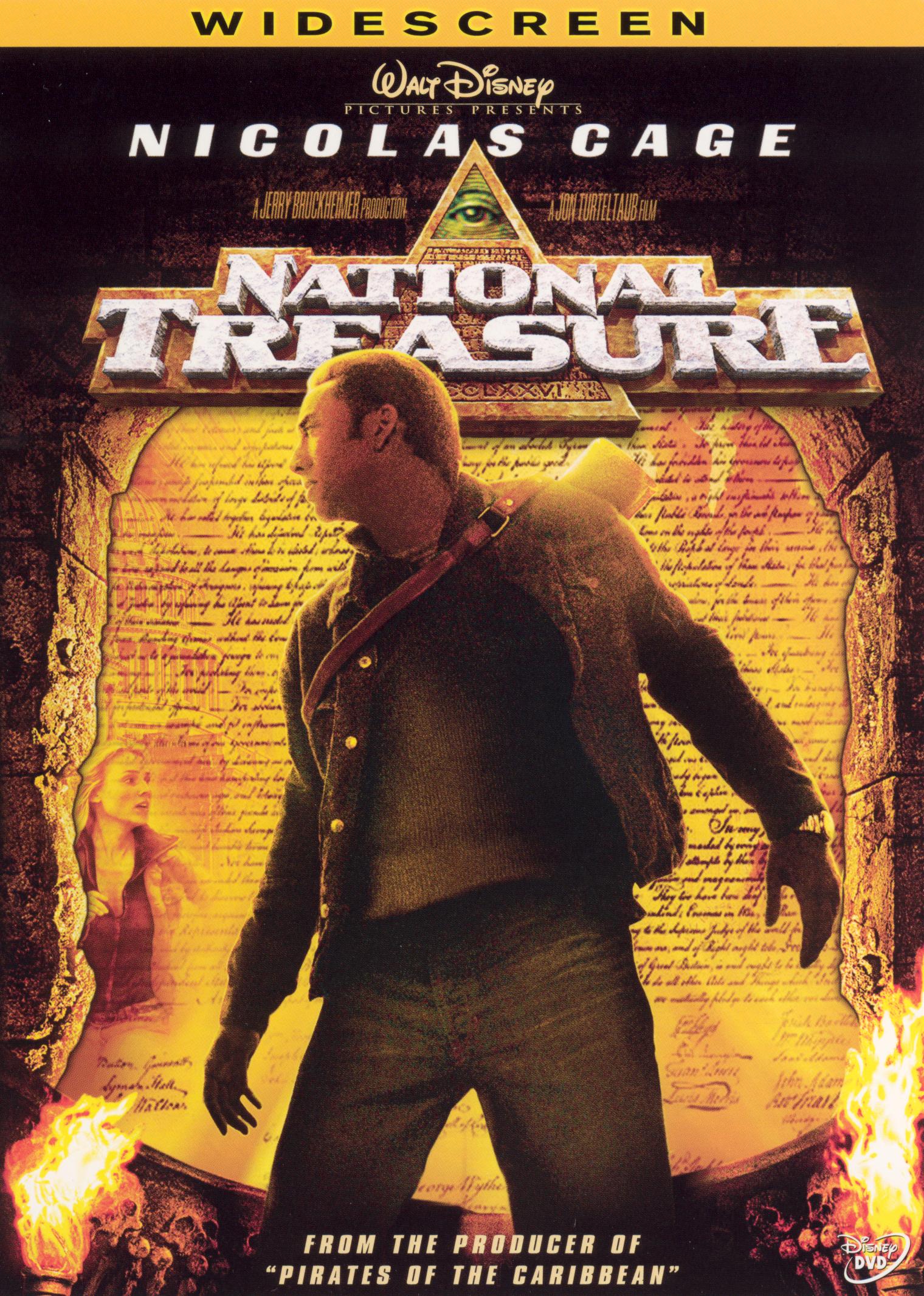 Confirming the accuracy of Team America: World Police’s action movie satire, National Treasure is a cornucopia of ridiculously over-the-top action, humor, and romance—all conceived in the Jerry Bruckheimer tradition. If it didn’t take its preposterous plot so seriously, Jon Turteltaub’s film could itself pass for a second-rate spoof. Nicolas Cage stars as Ben Gates, a member of a Freemason sect known as the Knights of the Templar who has spent his life searching for a legendary bounty hidden during the Revolutionary War by the founding fathers (most of whom were also Freemasons). The clues to finding this mythical fortune are hidden on the $100 bill, on a 200-year-old ship buried in the Arctic, and on the back of the Declaration of Independence, the last of which Ben—an altruistic “treasure protector” driven to enrich the world’s museums with rare works of art—plans to steal as a means of protecting it from a greedy thief (Sean Bean).

Blandly mixing Indiana Jones’s spelunking with The Da Vinci Code’s historical mystery, National Treasure undertakes the onerous task of generating excitement and tension from the sight of characters deciphering centuries-old parchments. It’s a mission the film fails to accomplish. With his sarcastic, tech-savvy sidekick (Justin Bartha) and an alluring rare documents expert (Diane Kruger) tagging along for the ride, Ben dashes from the D.C. Mall to the Liberty Bell (and other American History 101 sites in between) trying to unearth the buried cache. During his escapades, he provides handy tips on how to reveal invisible ink with common household items (lemon juice and a blow dryer will do the trick) and how to woo a fetching history nerd (give her the missing piece from her uncool artifact collection). Yet by making Ben an invulnerable stud, Cormac and Marianne Wibberley’s script drains most of the danger from the film’s few-and-far-between action sequences (including a Mario Bros.-inspired trek down a collapsing spiral stairwell). And Cage, his mouth regularly curled in an infuriatingly cocky smile as he quotes Thomas Edison or solves an intricate puzzle, doesn’t help matters by shunning normal human emotion for smug superhero bluster.

To compensate for the many scenes in which the primary action involves characters thinking really, really hard—and to drown out any serious consideration of the story, which will elicit scoffs from even the most die-hard conspiracy theorists—Turteltaub attempts to ratchet up the suspense quotient via Trevor Rabin’s moronic score. However, a scene in which Cage recites key passages from the Declaration of Independence while soaring strings and horns swell in the background epitomizes the film’s mechanical adherence to Bruckheimer’s cloying formula. Amid such thumb-twiddling tediousness, Jon Voigt pops up as Ben’s cranky dad and Harvey Keitel cameos as an F.B.I. agent (and Freemason sympathizer) hot on Ben’s trail, neither actor putting any effort into their embarrassingly undemanding roles. But I guess some small consolation can be derived from the fact that, at the preview I attended, Keitel’s initial appearance was greeted with a burst of spontaneous laughter from the crowd—an encouraging sign that the once-daring actor’s selling-out in this lazy, dunderheaded debacle hadn’t gone completely unnoticed.

Colors and blacks during the scene where Nicolas Cage and Diane Kruger’s characters first meet are a little on the gooey side. Otherwise, this is a remarkable looking transfer: the print is spotless with no edge enhancement in sight. Night scenes are particularly impressive, boasting deep blacks and solid shadow delineation with very little in the way of grain. The Dolby Digital 5.1 surround track isn’t the stunner that I expected but that may be because National Treasure isn’t a noisy film per se. Still, the track shows its muscle during the handful of chase scenes and shoot-outs.

True to the spirit of the film, the features and navigational menus on this National Treasure DVDs are loaded with all sorts of alphanumerical clues that can be punched into numerous interactive decoders that unlock new areas on the DVD. Admittedly, it’s a fun process. Even though you can fast-forward to the end of most features to get your clues, the supplemental materials are fun (and educational) enough to actually want to sit through: the “National Treasure On Location” making-of featurette is a lively mix of behind-the-scenes footage, junket-style interviews, and movie clips, while the “Riley’s Decode This!” featurette includes three challenges that-despite what the back cover states-aren’t very challenging, it still boasts a semi-detailed explanation of how to read hieroglyphics. There’s also an engaging opening animatic, an alternate ending, and a couple of deleted scenes, all with optional director’s commentary. (The alternate ending yet another example of studios sacrificing wit for romance while one deleted scene, wisely excised because it didn’t really fit the look of the rest of the film, may represent Caleb Deschanel’s best camerawork to date.) There’s more, but keeping with the spirit of the film and disc, I’ll let you discover that on your own.

National Treasure knows how to keep things moving but I was more entranced by the DVD’s interactive menus.